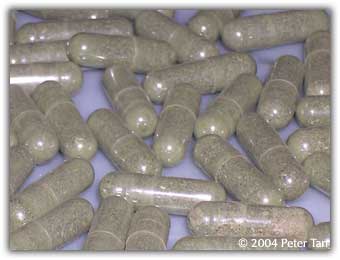 Bad things do come in threes. After the lassitude caused by the heat wave recently, I was swept away by a spell of glum that descended on me stealthily. When the sullenness finally lifted, I was stricken by a low grade fever that rapidly developed into a full-blown fever. It is no fun being sick, especially having a fever, because I go by the age-old adage of starve a fever and feed a cold. Starving means avoiding rice and I am what the Chinese call a rice bucket. I must have rice at least once a day!

It began on Tuesday with an uncomfortable tenderness around my abdomen. I knew a fever was impending. What did me in was the beef rendang and fish curry that I carelessly succumbed to during lunch. By nightfall, I was running a temperature and shivering. To cut a long story short, after two days of Panadols and hempedu bumi capsules, the fever has disappeared. Those few days, I subsisted mainly on rice noodles and bread only, and of course, bottles and bottles of plain water.

The scientific name for hempedu bumi is andrographis paniculata. It is also known as snake herb in Chinese. This annual herb sprouts profusely after the rainy season and grows to a height of about two feet. The leaves are dark green in colour and elongated. The entire plant tastes extremely bitter. The leaves are most commonly used, either chewed as it is, its juice extracted and drunk with honey, or air dried, ground into powder and encapsulated. It is believed to cleanse the body and blood of toxicity and reduces hypertension. The Chinese, Malays and Indians use this herb in traditional medication.