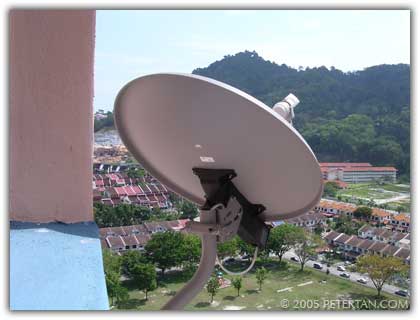 The Astro parabolic dish was installed on the outer wall of my apartment because there is a direct line of sight to the satellite from there. My neighbours whose apartments are obstructed had to find other ideal locations. 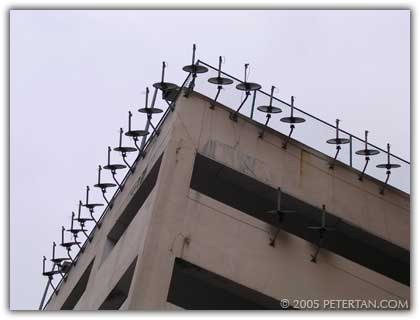 The building manager refused to allow the dishes to be sited at the rooftop. They designated a couple of places where these dishes can be placed, namely at the sixth floor of the car park building annex. This is a sensible move since the dishes will not be installed in a haphazard manner. 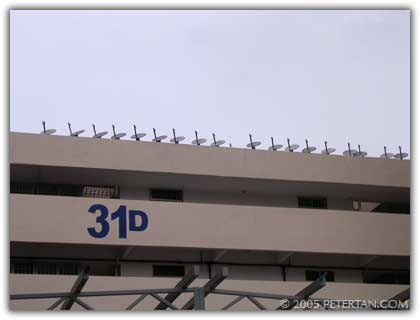 Those staying at the higher floors had to fork out extra money to run their cables from their apartments to the sixth floor annex. That is in addition to the RM100 installation charges. Most do not have a problem with this arrangement. 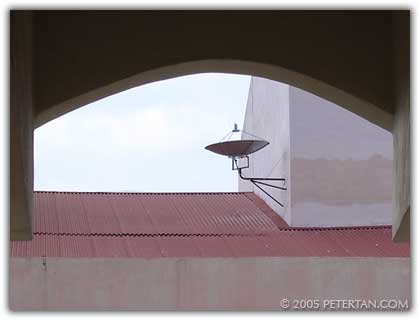 However, what I cannot swallow is that the building manager is practicing double standards. The above image is proof. They had allowed that particular parabolic dish to be installed without question. They hold the key to the rooftop exclusively. When confronted with the evidence they feigned ignorance and made no effort in demanding that that offending device be removed.

18 thoughts on “Dish of Discontent”