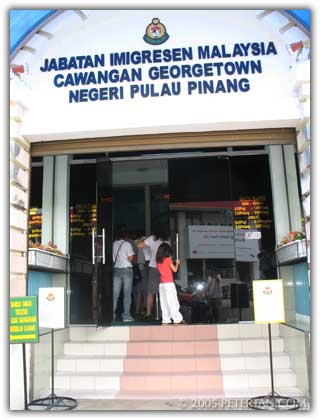 The Jabatan Imigresen Malaysia has become very efficient as compared to the last time when I renewed my passport in 1995. I applied to renew that long expired passport yesterday and was told to go back today to collect the new one. The Jabatan Imigresen at Beach Street was a hive of activity on both days I was there. Although there were many people, application forms were processed quickly and waiting time was approximately 30 minutes. Perhaps that was due to the fact that there was a counter specially for people with disabilities, the elderly and children. 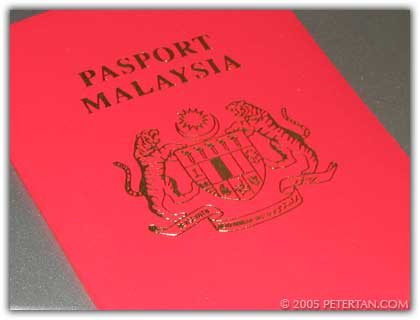 The passport is for my two-week trip to Tokyo for training on Independent Living in January next year. This training is funded by Japan International Cooperation Agency (JICA) as a follow up to the Independent Living Workshop that I attended in September. Two others were selected along with me for this trip. Two Personal Assistants (PAs) will be accompanying us. Wuan was supposed to be my PA but she had to pull out because of work commitments.

To renew the passport, I had to pay RM1 for the form, fill it up, provide 2 copies of colour photographs, a photocopy of my identity card and the old passport. As a person with disability holding the Kad Kenal Diri Orang Kurang Upaya, I was exempted from paying the RM300 fee. I got a Welfare Officer from the Head Office of the Jabatan Kebajikan Masyarakat Malaysia to provide me with a letter for good measure for the RM300 exemption when I attended the Disability Equality Training in Kuala Lumpur recently. 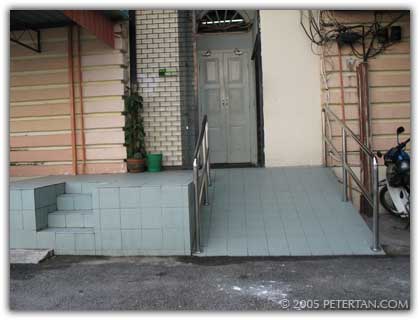 Photo : The back entrance with a ramp at the Penang Immigration Department at Beach Street.

While I was impressed by the efficiency of the Jabatan Imigresen, its accessibility for wheelchairs is sorely lacking. The front entrance was totally inaccessible. The ramp at the back was too steep and dangerous. Peter was supposed to work today but took leave to accompany me to collect the passport as he was worried that Elaine would not be able to push me up that ramp. Although the building is old, a little more effort in designing a proper ramp would have made a difference not only to people on wheelchairs but the elderly and people with mobility problems too.

12 thoughts on “First Step To Japan”