This one took me far away from home. The fear of the unknown and the stress from the anxiety turned me into a bundle of nerves the day when I was about to leave. Wuan was at the receiving end of my endless hassles from getting suitable gifts for the hosts to repeatedly checking my luggage for missing items. Still, she was patient and pampered to my fretfulness without complaint. 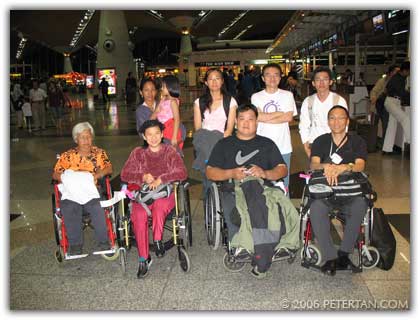 Group photo at KLIA before departing for Tokyo.

Wuan accompanied me to KL Sentral for me to catch the KLIA Express to the airport. I passed the ticket gate with a heavy heart. We have been apart longer than that but the thought of being so far away from her made me leave with a great reluctance. I had wished she could go as my Personal Assistant but there were hurdles along each step of the way. In the end, I had to look elsewhere for another. 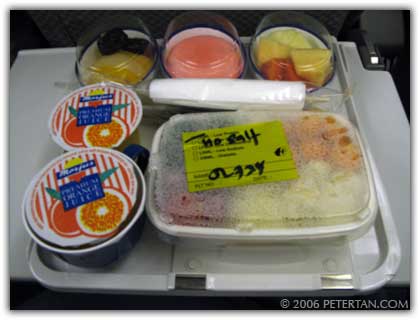 I had requested for specials meals for the flight. The low-protein, no salt meal was a refreshing change from what I have been eating all these while. The ingredients are almost similar to what I eat nowadays. The clever presentation made it more delicious then it actually was. Broccoli, mashed potatoes and baby carrots never tasted better. 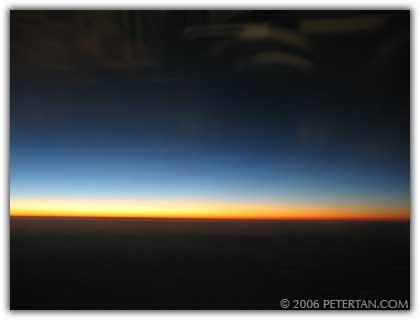 Sunrise at 8500 feet somewhere over Japan just before we landed at Narita International Airport.

Sunrise looked different the thousand meters above sea level. The interesting hues from ochre to indigo to inky blackness fascinated me no end. I kept asking Calvin, my Personal Assistant, to snap shot after shot. Unfortunately, cabin lights cast reflection and spoilt the many of the photos.

By daybreak, we were flying across the city of Tokyo. The sight of the unfolding foggy landscape choked me with emotions. I felt lonesome. I wished Wuan were there to behold the remarkable views as the plane approached Narita from the sea. Wuan took me to places I never thought I would ever visit. Now, I was in a place I never thought I would visit but she was not there to appreciate that spectacular sight together with me. 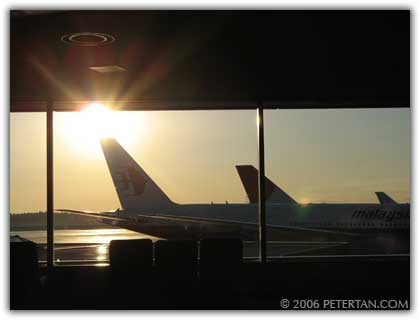 Tokyo’s sky was cloudless. The risen sun glared from behind planes and buildings. After going through the Immigration and Customs, we reported to the JICA Counter for our next leg of journey. A van from the Hino Independent Living Centre was already waiting for us. As soon as we got out of the airport, the sudden cold jolted me into absolute alertness. My breath turned to vapour as I exhaled. 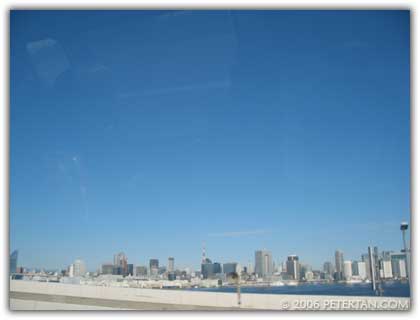 Somewhere in Tokyo on the way To Manganji.

The journey from Narita International Airport to the apartment where we were going to spend two weeks in took one hour fifty minutes on the highway, most of it elevated, ran across residential areas with apartments rising barely twenty meters from the highway. We passed Disneyland and saw the snow capped peaks of Mount Fuji in the distance. 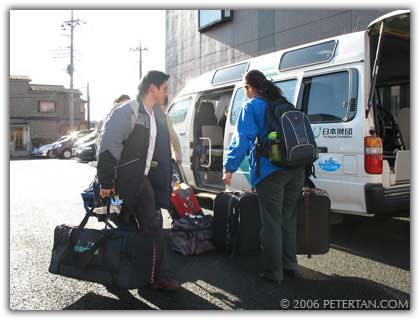 Unloading luggages outside the apartment at Manganji.

When we arrived at the apartment, the sun was shinning brightly. After being briefed on the facilities of the apartment, we were left on our own for the day. Calvin, Kim (the other Personal Assistant) and I went for lunch at the Italian restaurant located just beside the apartment. After lunch, we walked across to the supermarket that was directly opposite the apartment. I wanted to buy fruits, vegetables and bread as I had planned to cook the duration I was there. 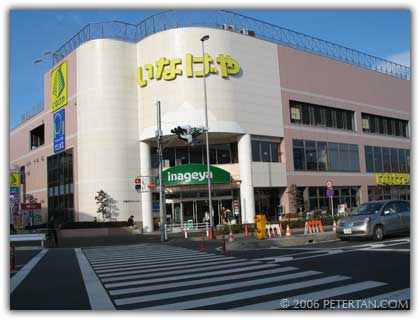 Inageya Supermarket at Manganji is right across the road from the apartment.

We finished shopping at 1.30pm (GMT +9). The sun was already setting. The sky seemed like 5pm in Malaysia. The overcast sky made me gloomy. The vegetables in the supermarket were extra large. I have never seen lotus roots as big and large as those on the shelf. I was missing Wuan badly again. I wished she were here. We would have fun shopping for food and ooh ahing over the exorbitant prices of grocery here. I had wanted to call her but there were no public phones in sight.

11 thoughts on “Tokyo – Another Journey Begins”