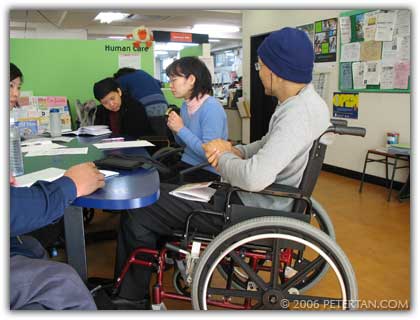 There are many kinds impairment. Some are obvious. Some are not. Therefore, it was a revelation that we were given an opportunity to learn of the problems faced by people living with other types of impairment. We are different sides of the same coin. We suffer the same discrimination and prejudices. The morning’s session began with Ms. Mihoko Yamamoto sharing with us on the Needs of Persons with Hearing Disabilities and Support for Them. A few tears wee shed when Yamamoto-san related how she was forced to speak by rehabilitation personnel despite being aware of her impairment. 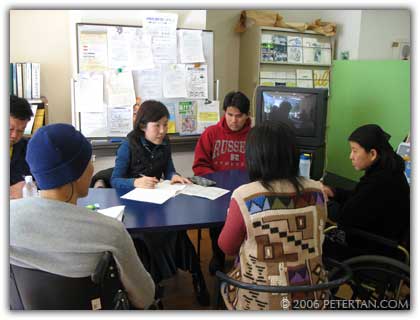 Mr. Hideo Ejima took the second session by presenting the Needs of Persons with Visual Disabilities and Support for Them. We learnt about the services that are provided for the blind such as peer counselling, Independent Living Programme, provisions of information and advocacy. What is lacking are guide helpers to assist them for engagements other than those for officially sanctioned events such as meeting with government officials and medical checkups. We could see that a lot still needs to be done for this category of impairment. 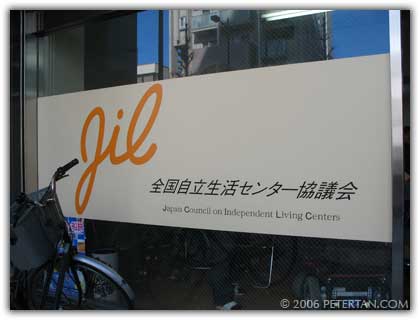 During our lunch break, we got Maejima-san to lead us to the Japan Council on Independent Living Centres (JIL) to thank them for giving us two electric wheelchairs to take back to Malaysia. One is for Kuala Lumpur and the other for Penang for us to conduct our pilot Independent Living Programme project. Nakanish-san also head the JIL. His staff and him were having lunch when we dropped in. We were embarrassed for intruding but they were gracious in sharing their time in explaining the working of JIL. 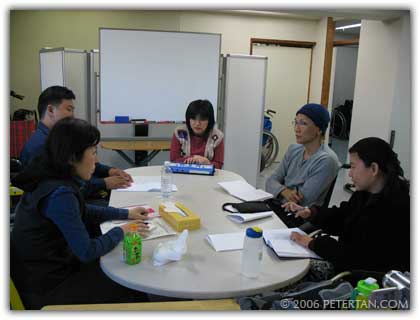 People with disabilities suffer from the same problems in fighting for equality although the needs are different. To advance our case, we need solidarity across the various groups to advocate our cause more effectively. Ms. Ito, another staff of the Human Care Association shared with us how we could work together with other groups to better use our resources optimally. This makes sense as we have often pushed for solutions affecting our own disabilities only. 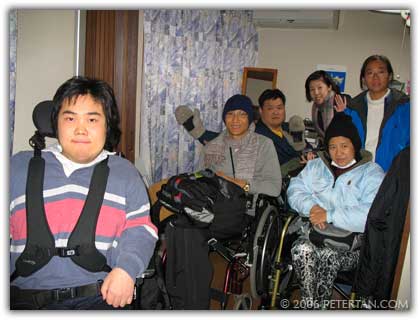 The last session was a field trip to Hosono-san’s house. He is living with muscular dystrophy and is living independently. Hosono-san lead us from the Human Care Association to his house which is about a thirty-minute distance away. The sun was setting. The wind was freezingly cold. This twenty one year old man is an inspiration. His perseverance in self-determination has guided him to down this path. He is a role model for many. When I was twenty one, my courage was nowhere near his. When ignited properly, the human spirit is indomitable. 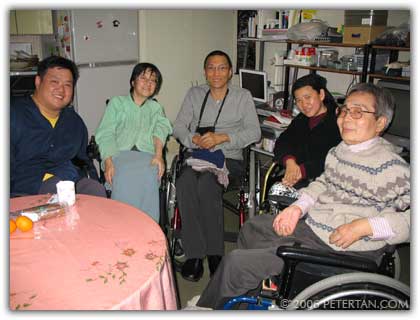 Mr. and Mrs. Nakanishi had invited us for dinner at his apartment for that day. It was thoughtful of Mrs. Nakanishi to order Chinese food that was not only delicious but a fresh change from the usual bento we have been having since our arrival. We exchanged ideas about Independent Living in Japan and how it could be implemented in Malaysia. It was another great honour to be sharing a meal with this incredible couple who have done in spreading the message that have empowered people with disabilities across Asia.