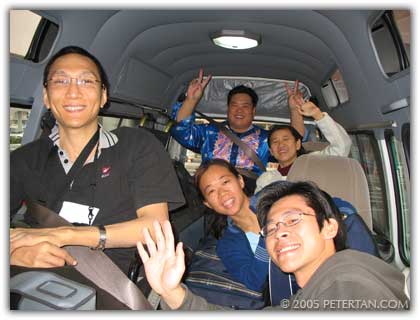 The last morning in Tokyo. Anticipation and reluctance gripped my heart. The sky was overcast. I wore only a collared tee but did not feel cold. The temperature was hovering around 7C – the warmest of the days we were here. I had stayed in the Hino Experience Room for two weeks. It was difficult to imagine that I was leaving. It had become a cosy retreat and an abode that I always looked forward to get back to after a full day of lectures at Hachioji. 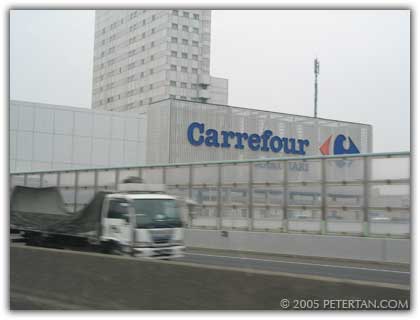 The journey from Hino to Narita International Airport took one hour fifty minutes. That was twice as long as from Kuala Lumpur city centre to KLIA. We passed some familiar sights like the Tokyo Tower, Tokyo Disneyland and a big Carrefour sign. For a moment, I wondered if I was back in Malaysia already. 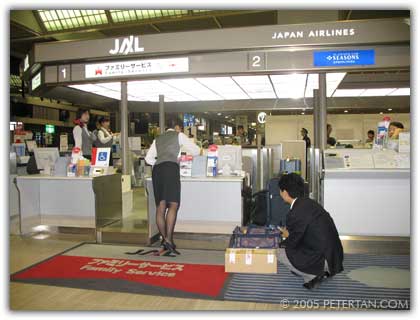 Two JICA Officers were waiting for us outside the airport to assist us when we arrived. One interesting aspect about Japan Airlines is that they have a separate check-in counter for people with disabilities and families. The beautiful thing about this is that the counter staff are familiar with handling wheelchair-using passengers. We did not have to carry our luggage and queue to check-in. 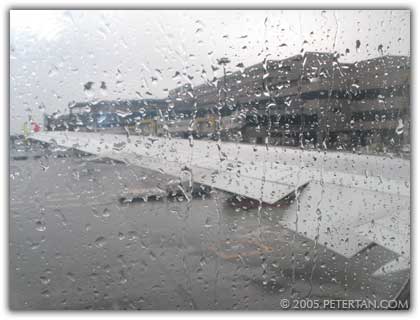 The flight was delayed by thirty minutes. It began to rain just before we boarded. Passengers were not allowed to use electronic devices when the plane is at the tarmac, during take of and landing. I managed to take a few shots before the cabin crew advised me about the prohibition. 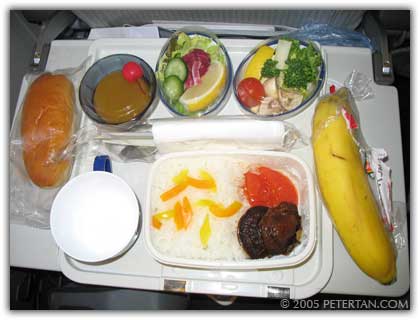 One hour thirty minutes into the flight, lunch was served. The low-protein no salt added meal was not exactly delicious but the presentation more than made up for its lack of taste. Clever use of ingredients with different colours made the food seem tastier than it actually was. That banana, one of the two fruits that I had everyday in Tokyo, costs around RM2.50 each in the supermarkets. I usually eat two daily. The other fruit that I normally have for lunch are apples. 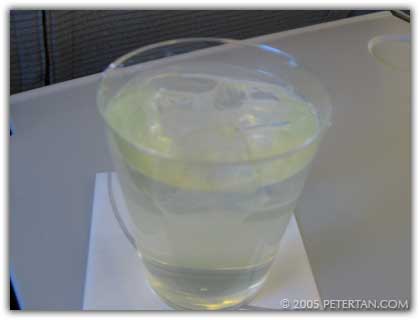 I do not usually drink more than two cups of anything at one go. This is to control the amount of my fluid intake to ensure that I do not need to use the toilet too often. One of the cabin crew served Yuzu, which she called Japanese lemon, and I kept asking for refills. 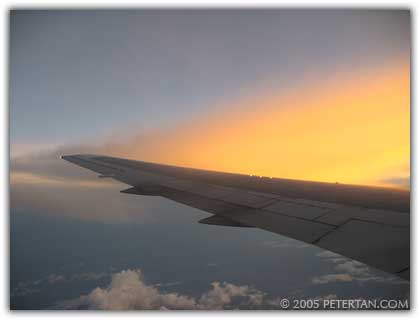 Sunset from 10km above sea level was an incredible sight. The sun began to set while the plane was over the South China Sea. Despite the failing lights, I was surprised to be able to see the turquoise outline of some small islands when I looked down. As the plane slowly headed for KLIA, I began to get anxious. I was looking forward to see Wuan again. Two weeks is such a long time to be apart from her. 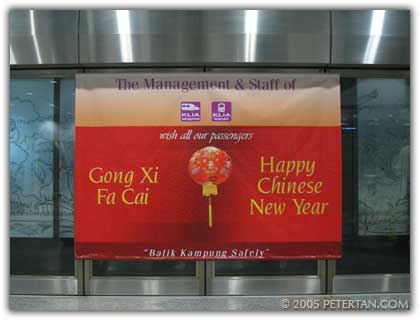 The plane headed inland somewhere along coast of Pahang. Glowing city lights below welcomed us back to Malaysia. That was another fascinating view. Unfortunately, it was impossible to capture that superb spectacle with the camera. Words could neither describe that sight nor how I felt as the glowing lights of town after town passed us by. I have never felt as relieved and as glad before when I finally heard the screech of the tyres when the planed touched down, and again when I saw the banner while waiting to board the KLIA Express. It felt great to be back on Malaysian soil again.