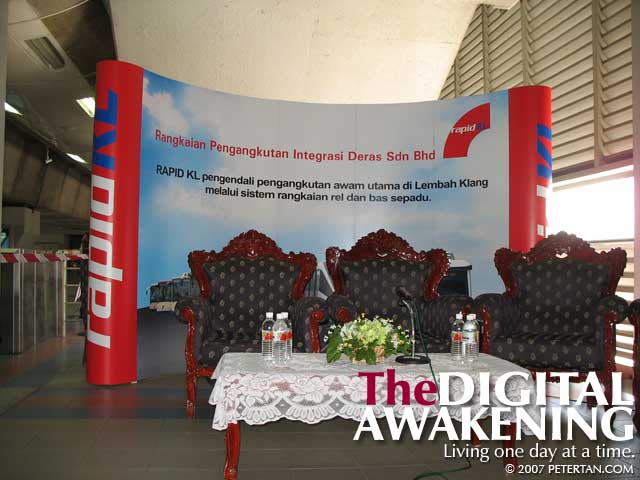 RapidKL held a pre-launch briefing on the accessible buses for members of the media and disabled persons at the Bangsar LRT Station this afternoon. The Barrier-Free Environment and Accessible Transport Group (BEAT) were represented by fifty members from the sixteen NGOs working together under its banner. RapidKL Chief Operating Officer Mohd. Ali Mohd. Nor, BEAT Coordinator Christine Lee and Ministry of Women, Family and Community Development Parlimentary Secretary Datik Paduka Chew Mei Fun spoke on the news bus service from different perspectives. 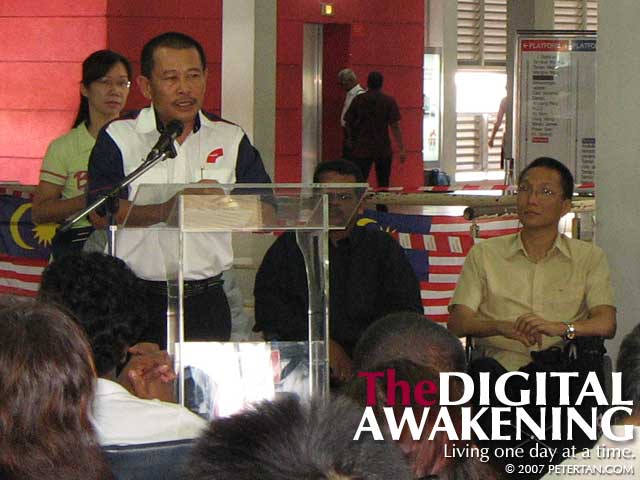 In his speech, Mohd. Ali said that the one hundred accessible buses will be launched on June 1 serving the trunk and city shuttle routes. However, there will not be any service on the local shuttle serving housing estates. This last mile, he suggested, should be served by pick-up services like those provided by Mobility. 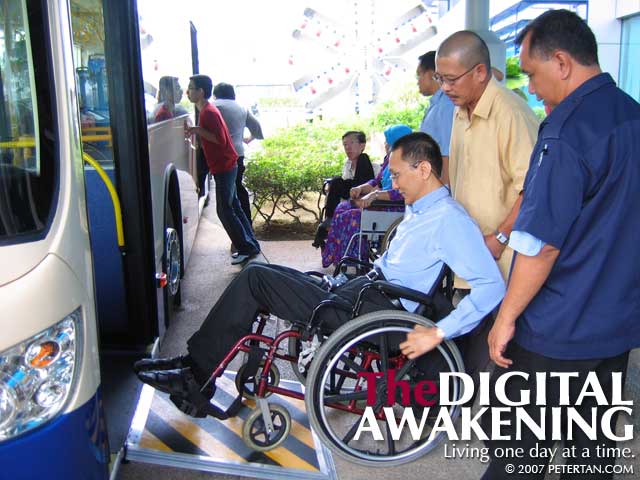 RapidKL’s introduction of accessible buses is a historical moment for Malaysia. Come June 1, wheelchair users will be able to move around the Klang Valley conveniently and affordably for the first time. While this initiative by RapidKL is commendable, there are still many areas that they can improve on. The core members of BEAT already had two previews on the buses prior to this. The first was during RapidKL’s second dialogue with BEAT in March where we viewed the prototype of the accessible bus. We provided Mohd. Ali with several recommendations including the gradient of the ramp and the wheelchair restraining systems. 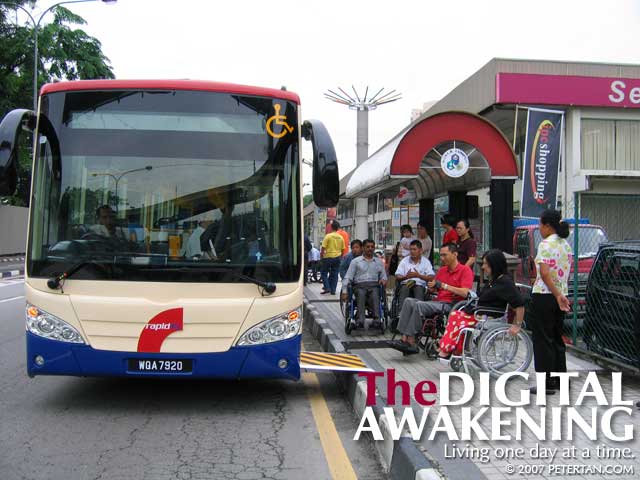 The only bus stop at Brickfields where we could get off and on the bus unassisted.
File photo dated April 26, 2007.
Photo by Wuan.

During the second preview, RapidKL Senior Manager Corporate Communications Division Katherine Chew accompanied about ten members from BEAT on a ride to look into the suitability of bus stops around the city. Sad to say, of the many bus stops that we tested, only one was suitable. In this aspect, RapidKL must work with local authorities to rectify the mismatch in height between the buses and bus stops, and also all connecting pathways to enable full accessibility for wheelchair users. 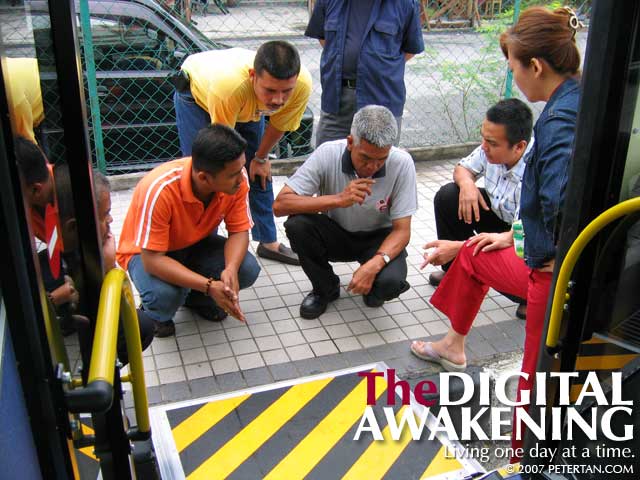 RapidKL should not stop at one hundred buses. I would like to see a firm commitment from them to make the entire network accessible within a reasonable time frame. In my mind, five years is reasonable time frame to work towards to. Disabled persons, especially wheelchair users, should not be seen as the only group of people needing an accessible public transportation system. With a rising ageing population, there is a need to address this now. Moreover, such a system benefits everyone from pregnant women, adults with prams and children. 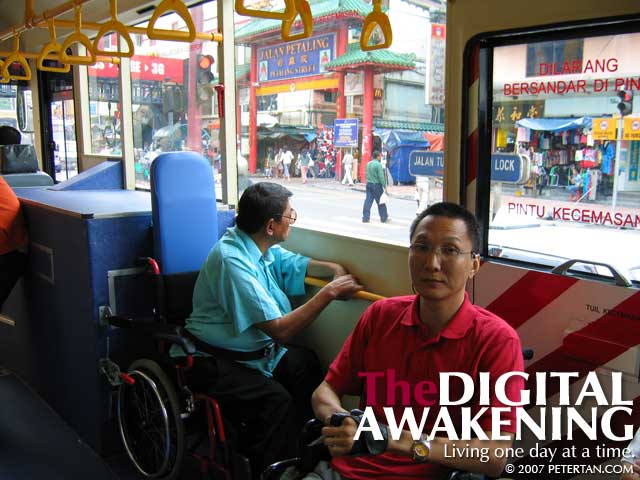 Inside one of RapidKL’s accessible buses at Petaling Street during the 2nd preview.
File photo dated April 26, 2007.
Photo by Wuan.

I am looking forward to the day when I am able to get into a bus and travel to anywhere within the city on a wheelchair without the need to transfer to a car seat. I am certain that my colleagues in BEAT and all wheelchair users share the same sentiments. With these accessible buses, the life of wheelchair users will improve for the better. Many will be able to participate actively in the activities in the community and contribute positively to the development of the nation.