This was the first morning I woke up feeling as light as a feather. It was the last day of the 7th DPI World Assembly. No more hectic shuffling between concurrent workshops and I had delivered my two presentations to an international audience of my peers. I was still up there somewhere in between the clouds.

I did not follow the programme of the morning as it was all speeches, speeches and more speeches. As it was the last day of the World Assembly, I took the opportunity to take some shots with friends that I made over the course of the four days, not knowing when we could meet again.

After the closing ceremony of the World Assembly, Shoji-san had organised a meeting of leaders of the Independent Living Movement of the Asia-Pacific region. We discussed how we could cooperate and take the local and regional movement o a higher level through cooperation and sharing of resources. This multi-lateral cooperation would be under the auspices of the Asia-Pacific Network on Independent Living Centres (APNIL).

One thing that I like to do every morning on the way to KINTEX is to count the number of church spires. Seoul is a city full of those. Everywhere I turned to look, there was bound to be at least three spires sticking out from the amidst low rise buildings. As we were going back early today, I counted the spires on the way back to the hotel and lost count after thirty. I believe there could be more than 50 spires along the way. 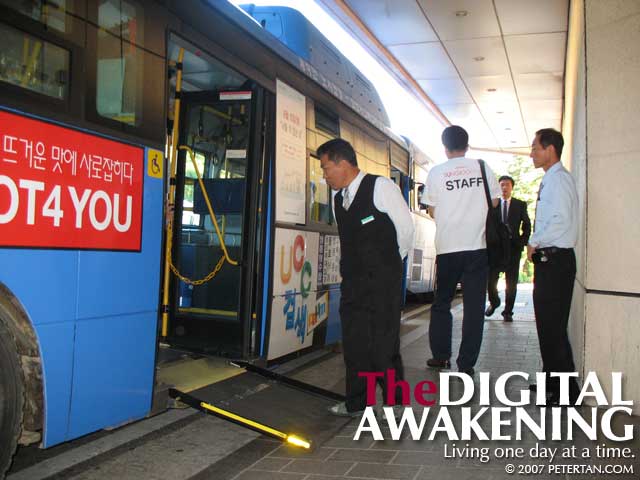 Yes, I have a fascination for these non-step buses. 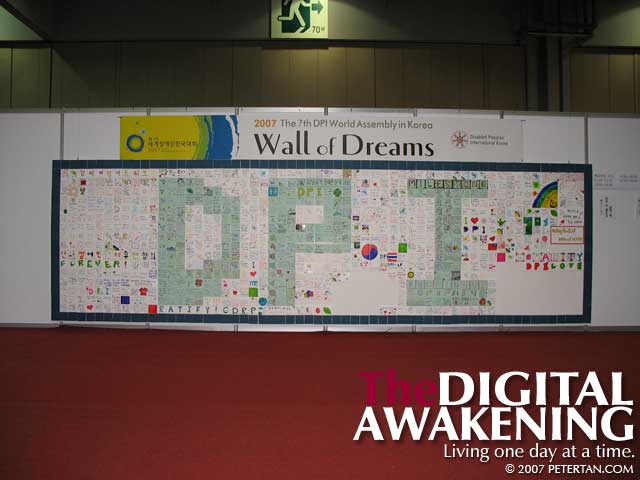 7th Disabled Peoples’ International World Assembly Wall of Dreams where we put down our dreams
and aspirations for a world without barriers and discrimination. 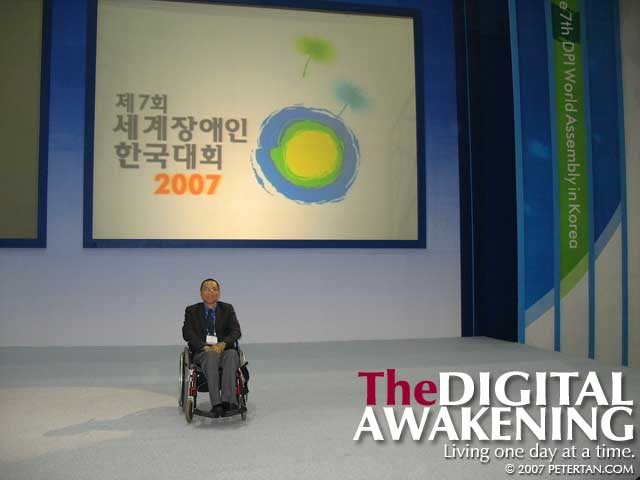 One for the memory – on the stage at the 7th Disabled Peoples’ International World Assembly. 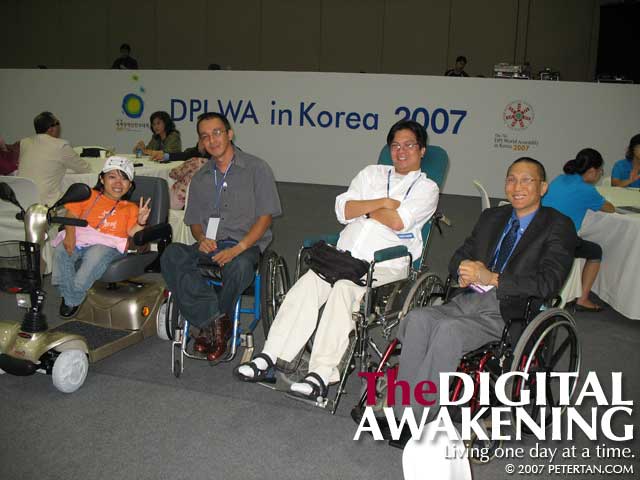 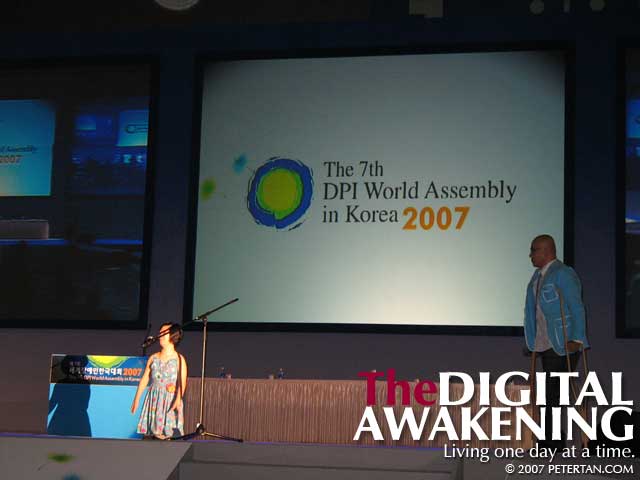 Performance before the closing ceremomy. 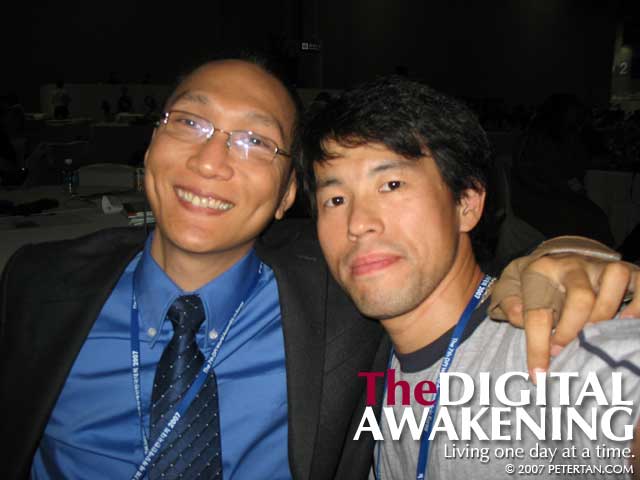 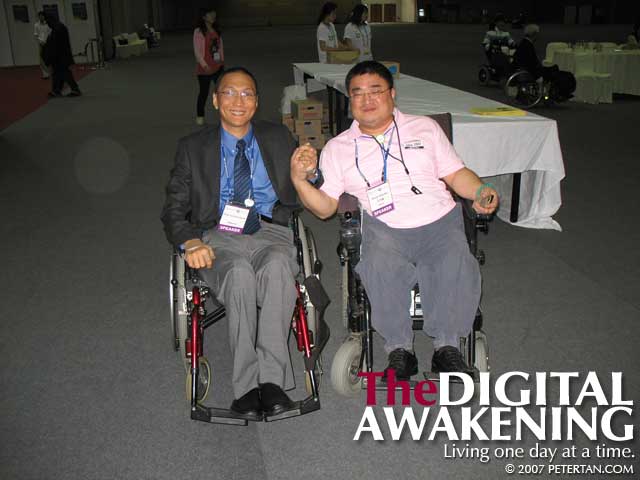 With Ko-Kwan-Chul – one of the leaders of the Independent Living Movement in Korea. 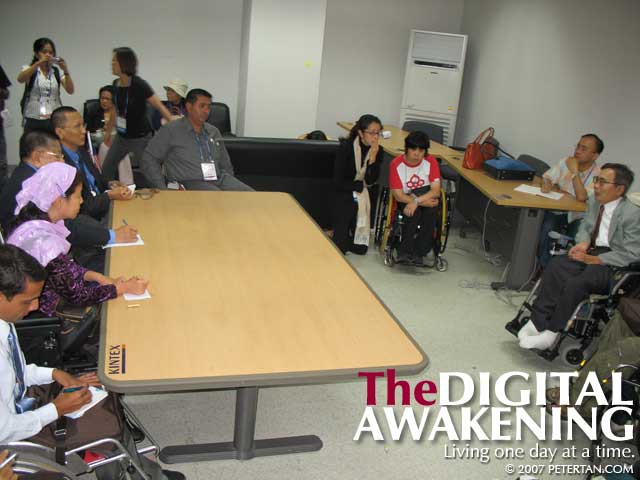 APNIL Meeting conducted by Shoji Nakanishi after the conclusion of the 7th DPI WA. 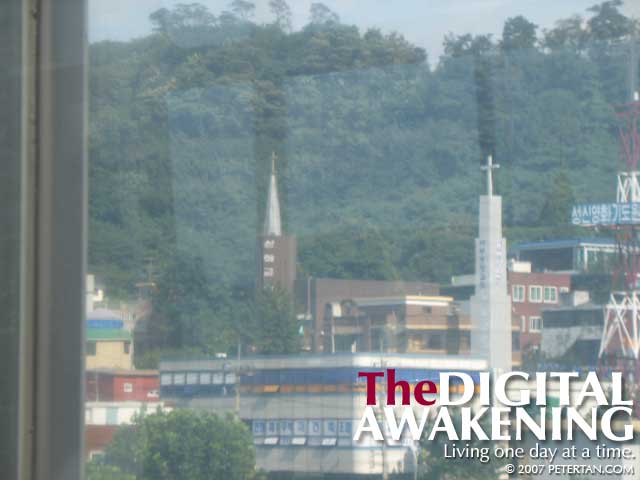 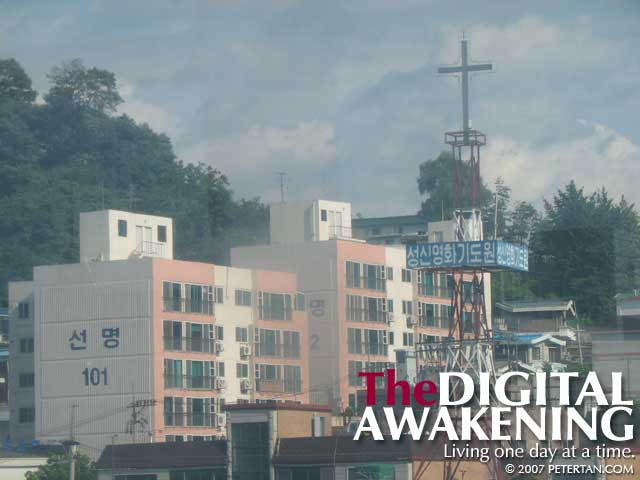 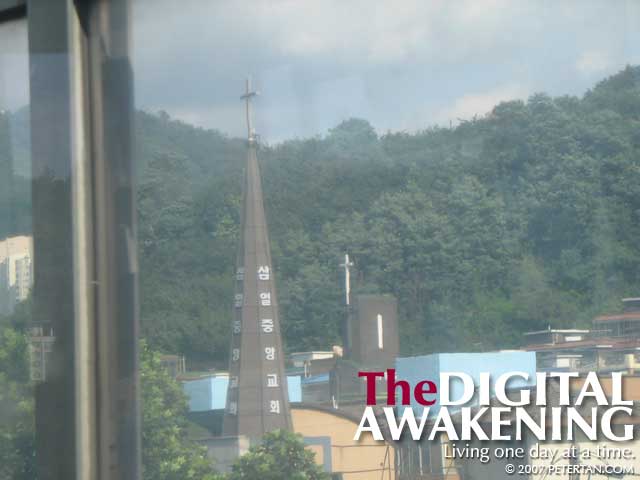