We Chinese have a way of making people who are unwell even more miserable. There are taboos for every of ailment. Chickenpox is no exception. There is this long list of food that I am told to avoid. No soya sauce because that will cause the scars to darken. No eggs because it will cause the sores to be pustulant. No chicken, fish, prawns, crabs and any other kind of seafood and these are considered toxins and may affect the health and healing when taken during the recuperation period. And then there is the no oily food for some reasons I cannot seem to recall now. 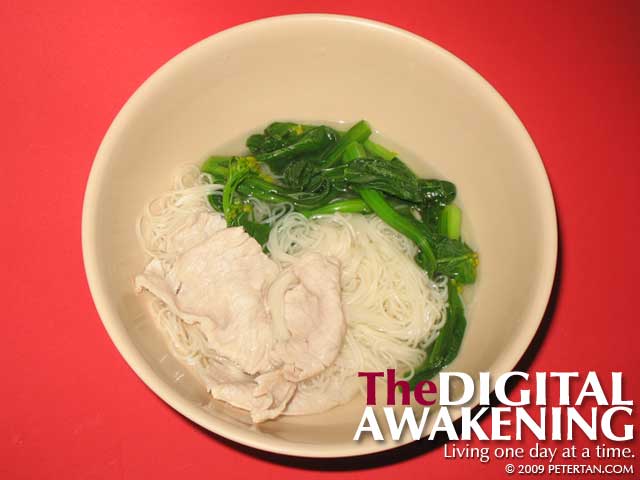 That whittled down on my already restricted diet even more. So for the first few days, it was either porridge or mee sua (flour vermicelli) pork slices and choy sum (Chinese flowering cabbage). Bland food like these are really hard to stomach after a few meals. What made it worse was the pungent smelling concoction of traditional Chinese medicine for chicken pox. Wuan bought it from the Chinese medical hall. It had to be boiled for two hours in two glasses of water. This was supposed to be cooling and hasten the blistering phase. Luckily I had to drink twice over a period of two days only. Now, the only cooling drink is refreshing coconut water which is like nectar to my lips compared to the concoctions from the Chinese medical hall. 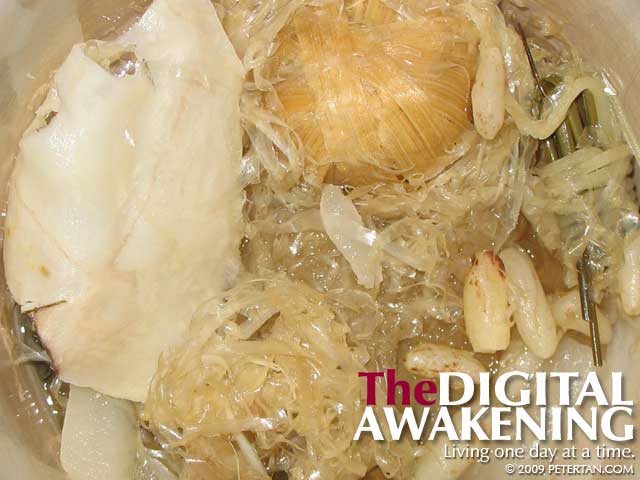 The fever persisted for three days which was brought down with Panadol. When the itch began, I took a dose of Loratadine. That did not help at all. So I was back to scratching around the lesions, careful not to burst them, which I failed occasionally. New lesions have stopped breaking out since yesterday. The ones on the face have started to scab up. Those on my shoulders, chest, back, abdomen, groin and legs are slowly drying up. The ones on the scrotum are the most painful one. There are even a few on the penis.

By the end of the week, I will be on the rebound from this horrible chickenpox infection. However, I am not out of the woods yet. I have to continue on a restricted diet devoid of food with toxins, poultry and seafood for 100 days. These include dishes that contain belacan (dried shrimp paste) and heh ko (shrimp paste). These two are very potent toxins that is believed to cause the chickenpox lesions in the internal organs to turn nasty. So no perut ikan, chee cheong fun, laksa and rojak for a full three months. There is a longer list of taboos like avoiding exposure to dew, rain and breeze, and staying away from beans and foodstuff made with it. This is what I heard lar. I may not be that disciplined to follow them all. But then again, is it not better to be safe than sorry? But this is the Chinese New Year season!!!