The thing most prominent about Penang now is not its good food but the crazy traffic. Wuan and I were on the island from Wednesday to Sunday last week to finalize the preparations for our upcoming wedding banquet. It was like a warzone on the roads. Most of the roads were congested. Drivers do not give way. Some attempted to squeeze me off the road to get just one car ahead even though I had the right of way. There was simply no courtesy in Penang roads. Saying that it was a harrowing experience is an understatement. 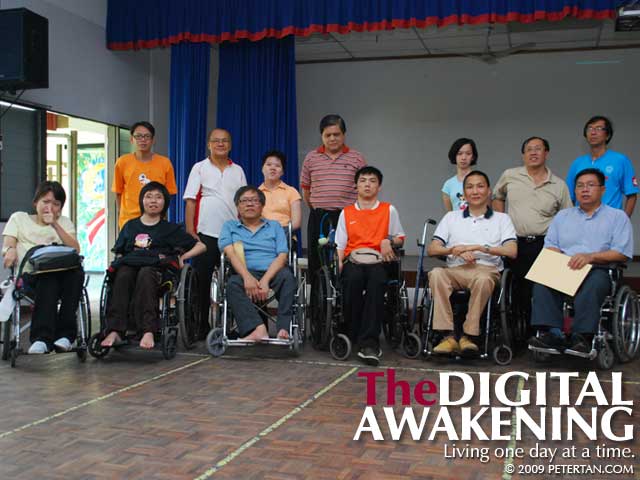 We dropped Cheeky and Fei Por off in Ipoh on Wednesday for boarding at the veterinarian in Ipoh Garden, had lunch with Wuan’s parents and sister and then went up to Penang on the same day. On the evening that we arrived, I met with a few ex-schoolmates from La Salle School that I have not meet since I left St. Xavier’s Institution in 1983. The gathering was also sort of a farewell for our schoolmate Alec who was going back to the United Kingdom. Seeing how much we have changed over the years really made me feel old.

Basically, this trip was rushing from one place to another giving out invitation cards and meeting relatives I have not met in a while. On Friday, we were over in Bukit Mertajam to meet my cousin who then went with us to Alor Star to see my seventh paternal uncle. It has been three decades since I was there last. The only two things that I remember about this state capital are the Balai Besar and Miramar Hotel. What I like most about Kedah is the wide expanse of paddy fields. Another trip to Kedah is in the works for Wuan and I to capture these rustic sights for posterity; soon hopefully. 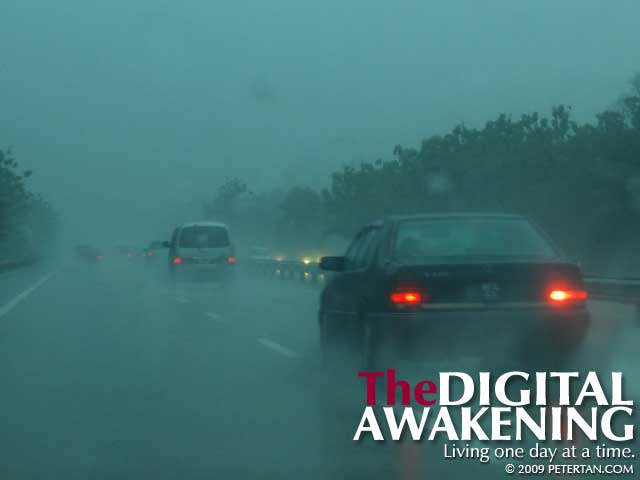 Caught in the heavy rain at the North South Expressway.

I took time off on Saturday to conduct a half-day blogging workshop at the Penang Spastic Centre. The topic of the workshop was centred around using blogs as a tool for advocacy on disability issues. Half day was not sufficient to cover the pertinent points but that was all I could spare. Perhaps, I will do a followup workshop just to get the participants to share the progress in their blogging adventure in a few months’ time. We made our way back to Kuala Lumpur on Sunday, stopping by in Ipoh again to pick up our cats, have lunch, bought some pomelos and made our way south only to be caught in a heavy thunderstorm from Simpang Pulai to Ulu Bernam.

One thought on “Penang Drivers Are Crazy!”