Hot pixels are not cute and colourful pastries for satiating sugar cravings. They may be tiny but they can be annoying as hell when they appear. Hot pixels are bright dots of either red, green or blue that shows up in the same spot in digital images caused by faulty sensors in the camera. I discovered the first hot pixels in my digital images back in 2004 when I was using the Nikon Coolpix 3100. 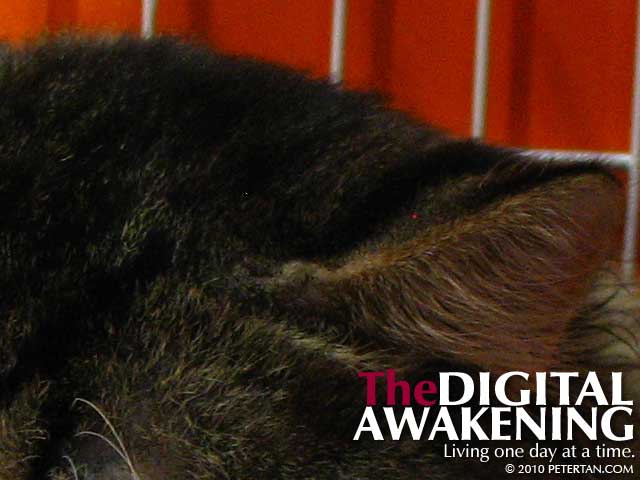 Yesterday, I found that these pesky hot pixels in the images that I took with the Canon Powershot A610 as well. There were two and they were right smack in the centre of all the images. When I checked my digital photo album, they apparently have been around since September 2006 and are only visible in darker images.

This camera has been with me for nearly five years already. I have shot well over 20,000 images with it from Malaysia to Japan to Thailand and to South Korea. It has been with me to places that I never imagined I could visit. This is one trusty camera that I have grown fond of. I almost never leave home without it.

It has crashed onto the floor with a sickening thud, not once but multiple times, and still worked like a charm through the years that it has been with me. I do not think I am going to retire this camera any time soon. I can still live with two odd dots out of the five million pixels.