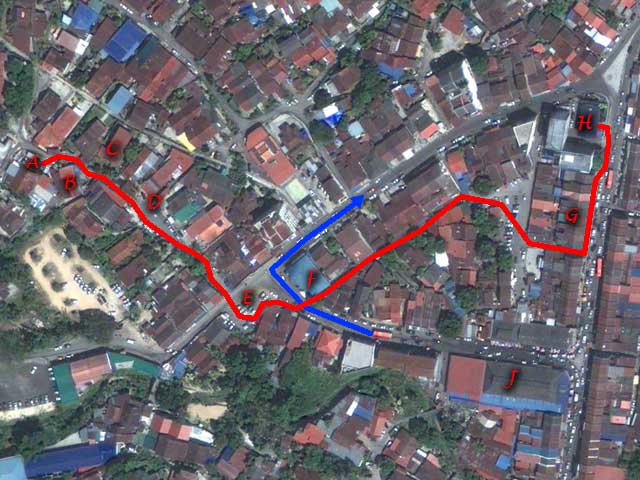 The toddler in me then could not comprehend the danger that my mother and tua ee put themselves through. As I reflect back now, I am thankful that my mother and tue ee risked their lives to seek medical attention for me. Thank you! They have both passed on. There is no way for me to express my gratitude except to share the story of their bravery here.

There has been no water supply since early yesterday. According to the recorded message at the toll free number (1-800-88-5252) at Puspel, Customer Services Department of Syabas, there would be a disruption of supply for 15 hours on Wednesday from 8am to 12am. Affected areas were large parts of Kuala Lumpur and Selangor. This was due to the upgrade and maintenance of the Sungai Langat water treatment plant.

I called the toll free line at 6am just now when the taps were still dry. The call went unanswered for 10 minutes. 24 hours without water is a great inconvenience. Not knowing when the supply will be restored is even more disconcerting. I have to wash up after catheterising every 3 hours. Wuan could not cook this morning. It is ham sandwich for lunch today. She bought two bottles of drinking water when she came back from work yesterday. We did not bathe yesterday. Flushing the toilet is like playing Russian roulette, not knowing whether the water reserve would run out the next round. Our daily routine is greatly affected.

Syabas and Puspel could do better managing this matter. Since they are already in Twitter and Facebook, the least they could do is to provide regular updates on the progress of water supply restoration. Keeping customers in the dark by announcing the disruption and keeping quiet after that, and not answering calls to the toll free number is sure to raise the ire of many. I am going back to sleep in a while. Hopefully by the time I wake up, water will be flowing from the taps once again.

Puspel Twitter update at 10:29am
@Hiphog Now water resume by stages and expect will fully recover by 12am (3/6). Thank you.

No, I am not talking about the shock most of us experience when we look at the mirror in the morning. The ugly Malaysians here are those inconsiderate few who make life miserable for many disabled people. Their acts have caused a great deal of inconvenience to us, directly and indirectly. 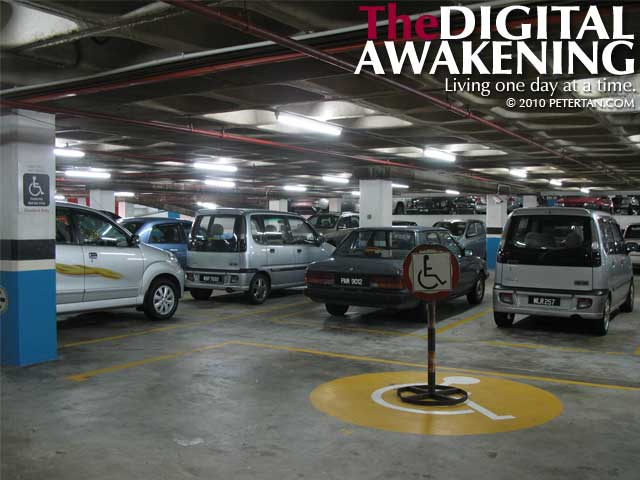 They park indiscriminately in bays allocated to disabled people, blatantly ignoring the clamp and fine warnings because most times, this ruling is not enforced. To stop such abuse, car park managers barricade these bays with parking cones or chain them up. However, this does not solve the problem at all as the barricades also prevent disabled people from parking in the bays. 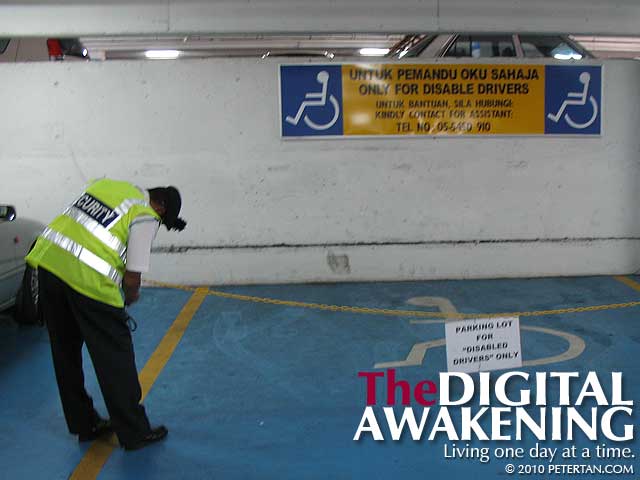 Some car park managers leave a phone number to be called for assistance. Others have security personnels nearby that can be summoned by a honk. The real problems are in car parks that are barely manned, and especially when the disabled driver is unaccompanied. This restricts disabled people driving solo to only a handful of places. 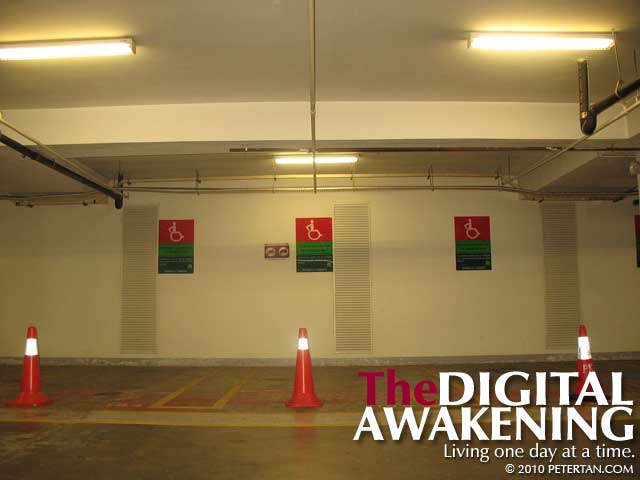 The act of having to put up warning signs and barricades at accessible parking bays clearly shows the mentality of some drivers. These inconsiderate people would park in one, without a second thought, if they could get away with it, and most of the time they do. This perpetuates the abuse as offenders are emboldened by the lack of enforcement. 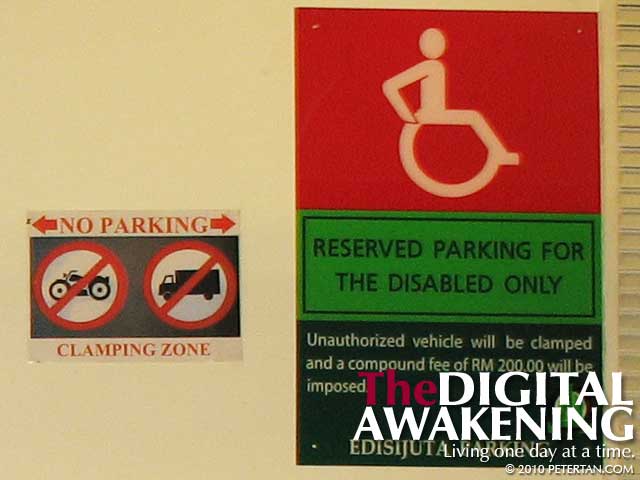 As I see it, putting up barricades is not a solution to stem this abuse. Car park managers, including local authorities, must strictly enforce the clamp and fine rule, or tow away offending vehicles. It is only through severe punitive measures that these people will be forced obey the rules and hopefully learn to be more considerate.