She was not the first but she left a very lasting impression on me. I have never forgotten her. Through the years, I have often yearned for her, yearned for her fragrance, yearned for a touch of her silky smoothness. She had always been on my mind. There were others but none could enthral me like she did.

“I found her,” Wuan coolly told me one morning after coming back from the market. Still, there were tinges of excitement in her voice and I could sense that she shared the thrill I felt.

All my life, I only knew her as Hum Siu Fa (å«ç¬‘èŠ±), Cantonese for smiling flower. It was an odd name because there never was a hint of a smile on her although she never failed to leave a smile on my face during our encounters. I was glad the search had finally ended.

Hum siu fa, her scientific name Michelia Figo, is of the Magnolia family. Among others, the fragrant yellow cempaka and white cempaka are also of the Magnolia genus. The michelia figo is also known as the banana shrub for its sweet fragrance like that of a banana.

Now, there is one hum siu fa tree that stands prominent in Wuan’s garden. She found her all right. And this little tree is blooming. I could almost smell its sweet bouquet when I went through the images that Wuan captured and sent to me.

The poem Magnolia Dreams was written in 2003. It is dedicated to the two most wonderful women in my life – Mum and Wuan. They had gladly indulged my request to cultivate the michelia figo simply because I loved the sight and smell of this tree. Every time thoughts of this flower crossed my mind, I would think of these two women who had brought so much joy into my life and I would invariably smile. Smiling flower – a truly befitting name. 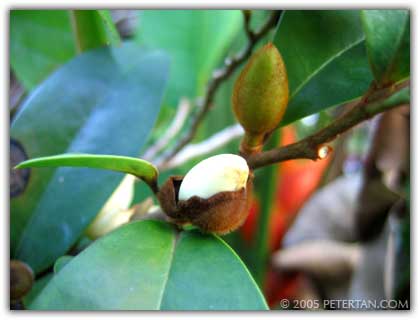 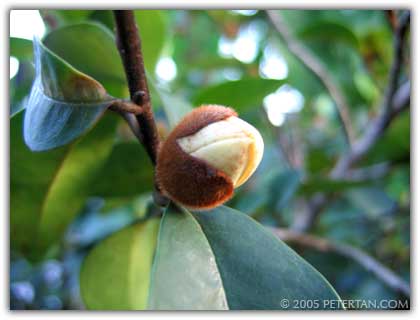 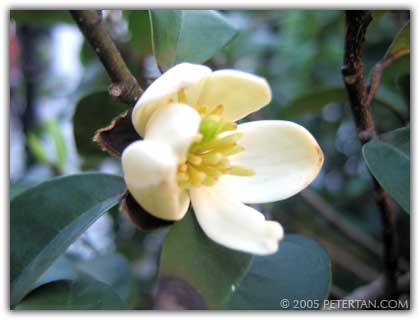 This is a beautiful morning. I woke up to a cool breeze. The sun has not gotten too harsh yet. It is all bright and cheery and so difficult not to be infected by the good spirits that is prevailing. It is such a stark contrast against the gloom that had hung over me yesterday. I thought about yesterday and the events that had unfolded since I left Dr. Liong’s clinic came rushing back in an unending torrent of despair.

What could I have done so wrong within those six months that could have caused my creatinine level to leapfrog to such a critical level? I have been cautious with my diet, counting the portions and all. Yes, there were times that I indulged but that was far and few in between. I have to keep a strict diet from now on. Indulgences will have to become a thing of the past.

Again, thoughts of death clung on to me, infusing into every cell in my body. I am not afraid of death itself but the process of dying. I fear the suffering, not of my own but the people who have to suffer along with me. I can fully relate to seeing death slowly eating away a loved one. I can relate to the feeling of helplessness and futility. The impotence of those moments was an absolutely traumatic experience.

I have been thinking about all the things that I have yet to accomplish. My time here is getting shorter by the day. I thought about Wuan and I wept. We had promised to grow old together. We had promised to still be holding each other’s hand and still be as loving even when we are into our sixties and seventies. I had promised to look after her to the best of my abilities. She had devoted so much of her life to me. She had made my life so much more meaningful and made those depressing moments easier to bear. She had been patient, understanding, and most of all, a faithful companion beyond compare. Of all things, I worry most for her.

I pray that God give her strength as He had always given me for us to surmount this uncertain period together. She had been really worried since I broke the news to her but Wuan being Wuan did only what she knows best – to cheer me up despite her own anxieties. She had always been concerned for my well-being and took the trouble to learn about my problems and adapted her lifestyle to accommodate me. God has truly blessed me with an angel of a friend. And I pray that He will continue to bless us and allow us to spend a little more time together than He had intended.

Near the edge, she stood, alone, overlooking the green grassy field that sloped down to the stream. Not tall, not assuming and not showy, her simplicity made her even more alluring. As we neared, we could see how callous time had been to her. The years were truly showing – the gnarled roots, the weather beaten bark, the humps where branches once stretched out from. She had stood there for as long as I could remember, stout and unwavering, through the generations, where she provided relief from the elements to many.

After a leisurely walk around the Botanical Gardens, Mum, Wuan and I sought some respite under her outstretched branches. The sun was beginning to scorch down on us. Fascinatingly, it was soothingly cool beneath her domed crown of lustrous green foliage. As we rested, we felt the vigour slowly returning. Despite the buzz of the afternoon crowd, we experienced serenity under her copious shade.

How much she had seen, we wondered. Surely she was privy to the sweet whispers between lovers as they leaned on her. She must have heard the delighted shrieks of children playing catch around her sturdy trunk. Unquestionably, she would also have quietly observed elderly couples reminisce about the years gone by as she unfailingly breathed some youthfulness into them again, as she had done time and again.

Yes, this ebony tree has witnessed them all and will continue to play witness for many generations to come. She knows untold human pain and passion. She knows the joys of being children, the carefree bliss of young lovers and the contentment of couples in their twilight years. Each time we seek refuge under her, she imparts to us a little of her wisdom of the ages. In turn we leave with her some part of ourselves to be silently chronicled, never to be told, never to be revealed.

One day, Wuan and I will retrace the steps that we took with Mum. We want to visit an old acquaintance. Mum left behind some part of herself with her. Wuan and I did too. Perhaps under her outstretched arms, we may discover something about ourselves we never knew. Perhaps under her comforting shadow, I may be able to relive some beautiful moments that I had with Mum and Dad when I was just a little boy trampling all over the green grassy slopes that she had watched over from her vantage point.