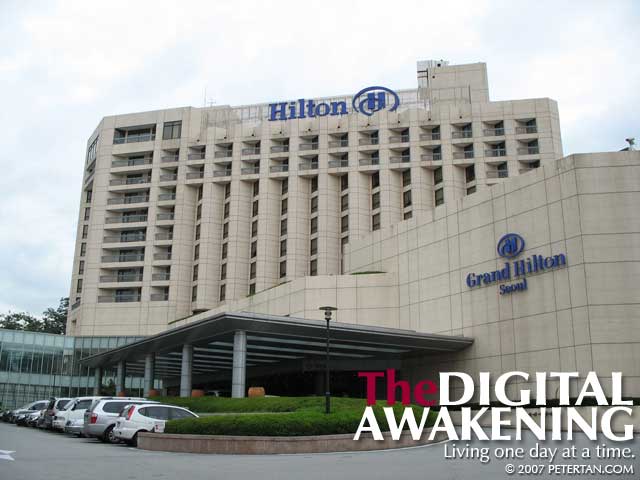 We woke up late as we did not sleep well in the aircraft the day before. The Grand Hilton Seoul has several restaurants. We decided to eat at the Atrium Cafe. I had Farfalle Primavera. Peter ordered something similar. Our first meal in Seoul cost RM150. 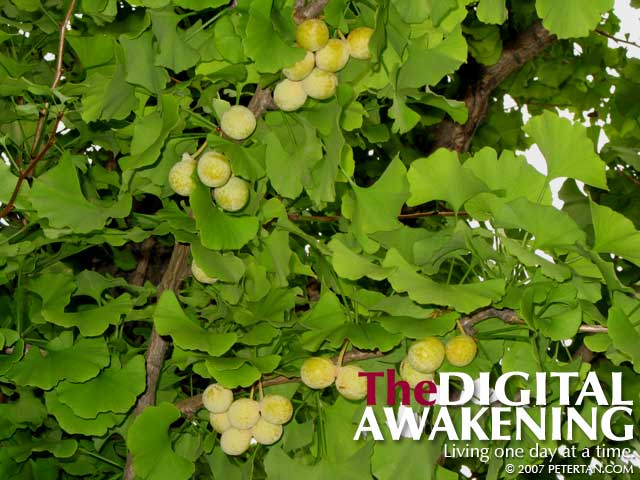 Nothing was planned for that day. The reason why I added an extra day to the original schedule was because I wanted more time to settle down. I knew that my body was no longer able to withstand the rigours of four full days of the World Assembly. 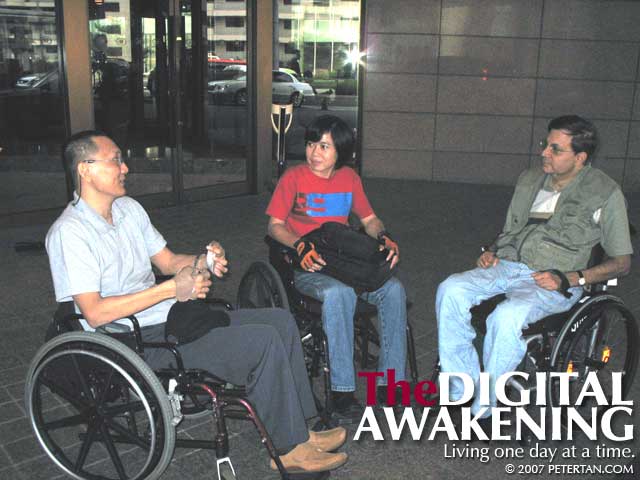 The weather was nice and cool with the temperature hovering around 20°C. We went for a walkabout around the hotel. I took some shots of the hotel for memories not knowing when I could return to Seoul again, if ever. 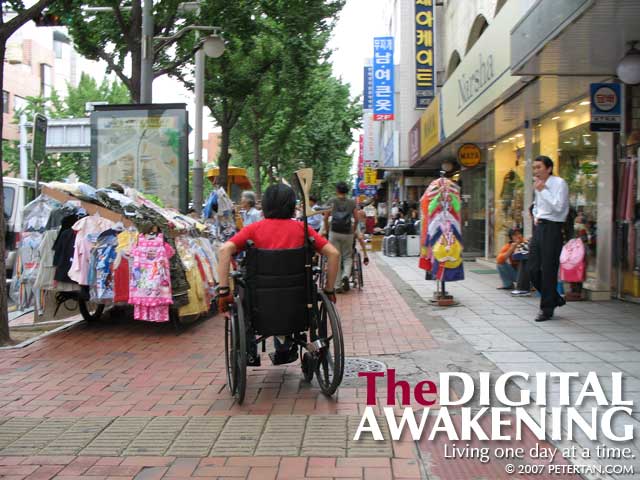 I looked at a row of trees planted by the driveway and thought the leaves looked familiar. Indeed they were! Those were ginkgo trees! With fruits too! The tail started to wag again. I had always wanted to see how a live ginkgo tree looked like and there I was looking at them with fruits. 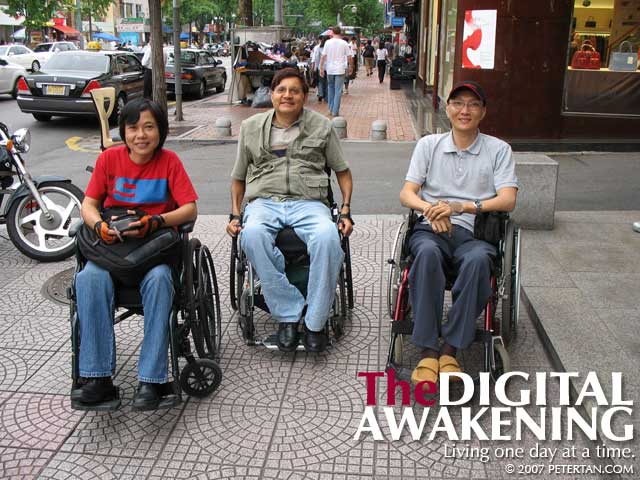 Yen, Vivek and I at Itaewon.

After the walkabout, we went back and met two fellow participants of the 7th DPI World Assembly who were also staying at the same hotel. Yen is from Vietnam while Vivek is from Singapore. When we exchanged name cards, Yen realised that she had quoted some of my blog entries regarding AirAsia for an article that she wrote. 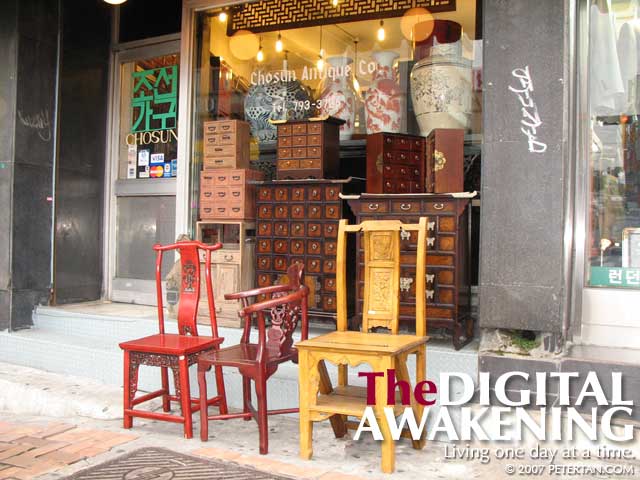 Apparently, Yen and Vivek were waiting to take the hotel’s shuttle bus to Itaewon. Peter and I told them that we would follow them since we had nothing planned for the day. We would also like to catch some sights of Seoul before the hectic schedule of the next few days. 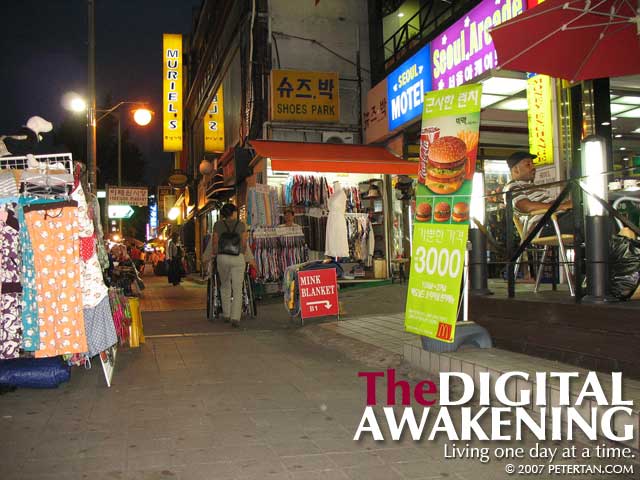 McDonalds at Itaewon – The Golden Arches is everywhere in Seoul.

The trip from the hotel to Itaewon took 40 minutes. Itaewon was a street with shops and walkways of stalls selling souvenirs, apparels, footwear and other knick-knacks. There were also a host of restaurants offering authentic Korean and international cuisines, fast food and bars. After we had finished traversing the entire length of the street where we bought some souvenirs, we slowly made our way back to the bus stop to wait for the shuttle bus to take us back to the hotel. So much for the plan to rest before the World Assembly. 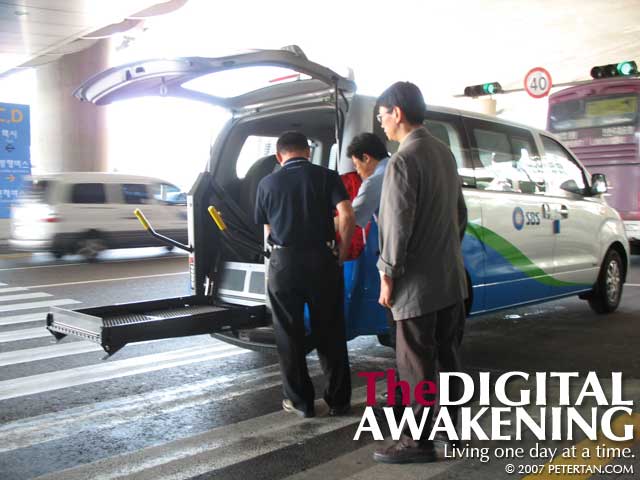 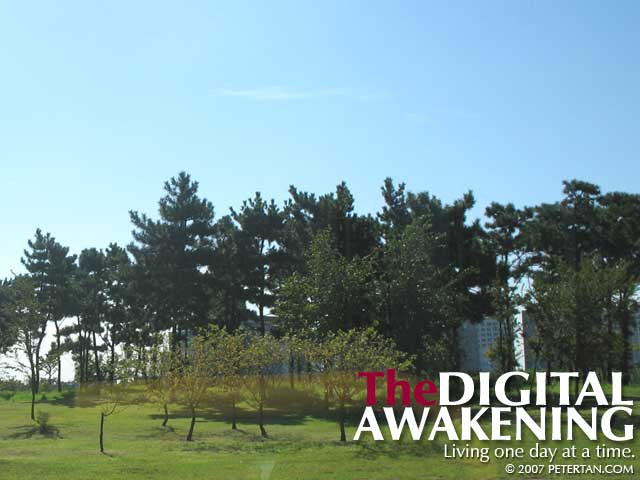 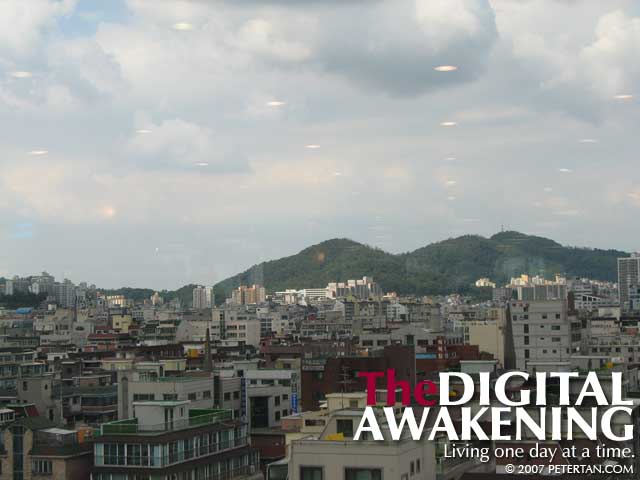 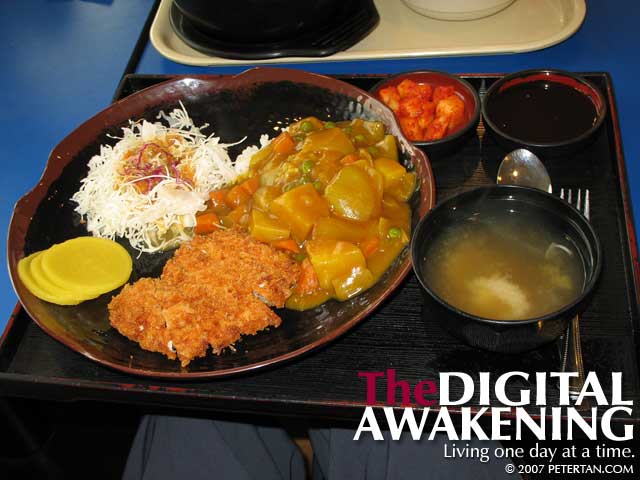 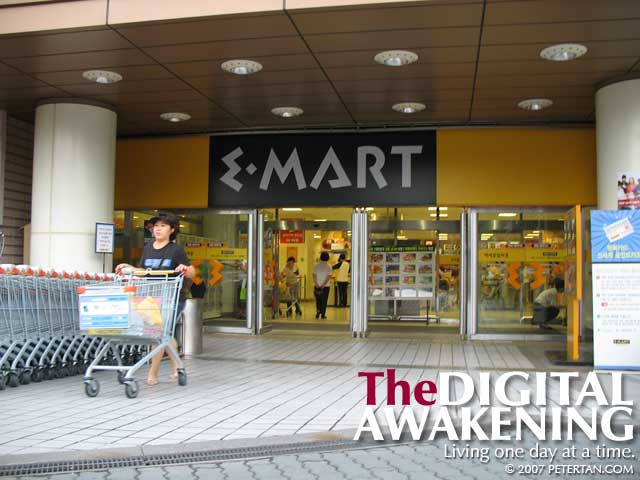 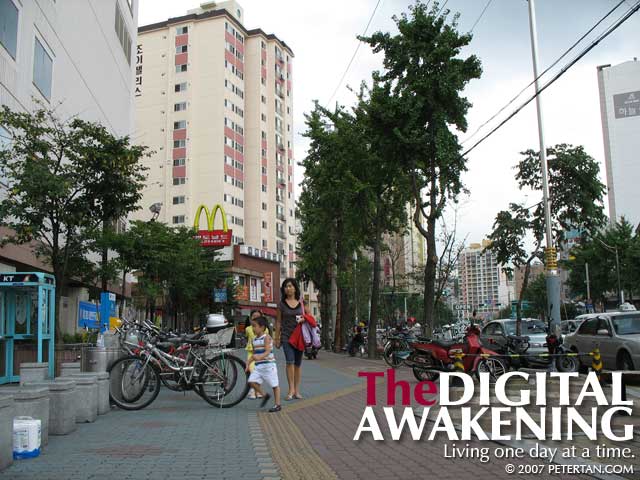 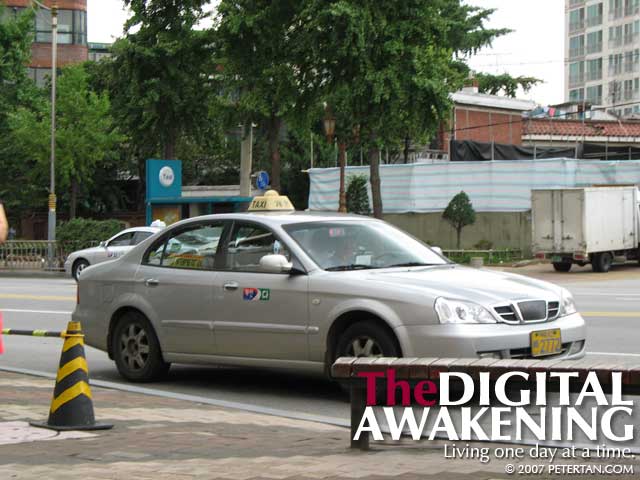 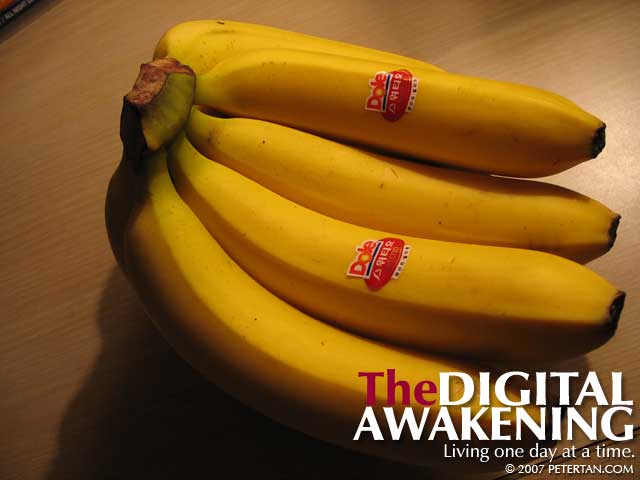 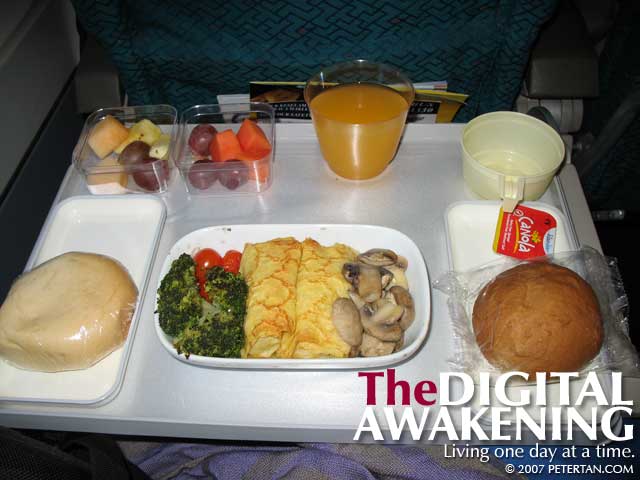 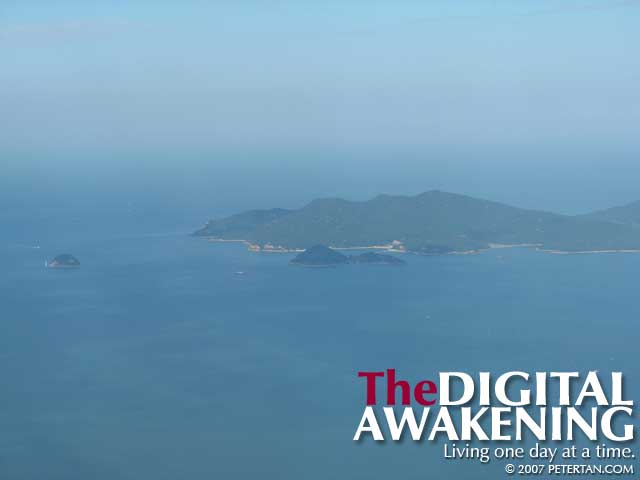 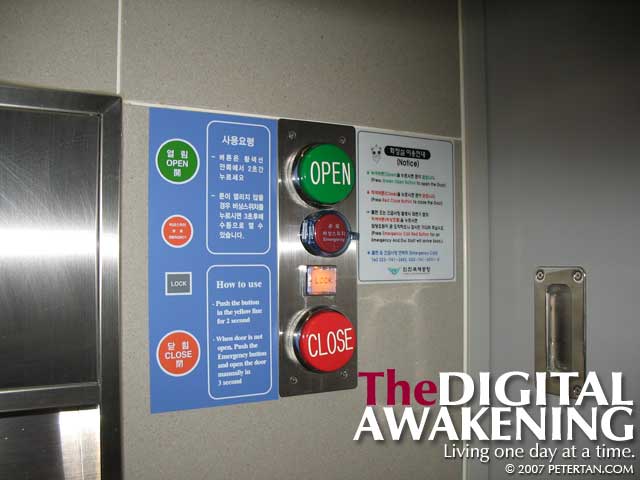 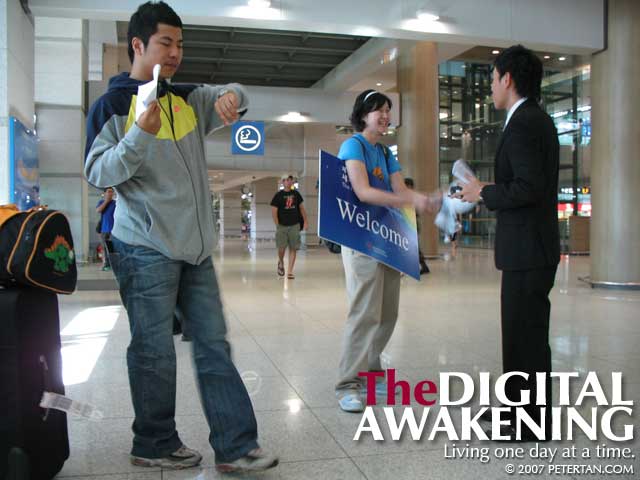 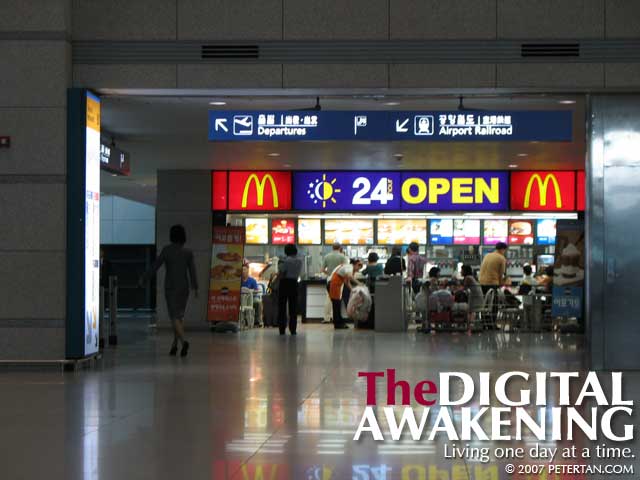