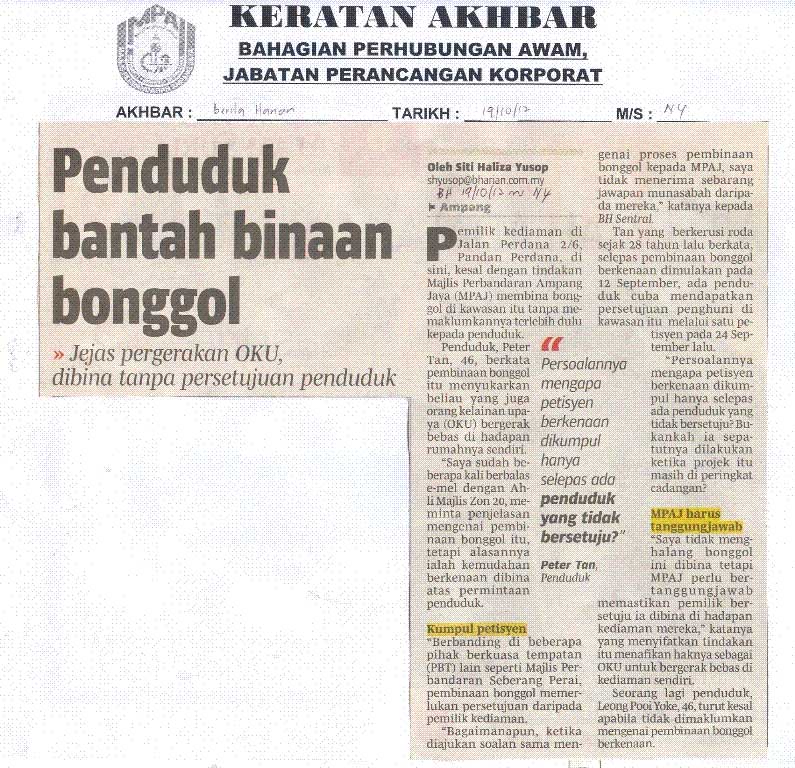 I am living with tetraparesis – muscular weakness of all my four limbs. My hands are weak although I have functional use of my arms. I have learnt to live with paralysis and the necessity in doing things differently where I can and use adaptive aids where I cannot.

I renovate the house for wheelchair access. I get the best wheelchair I can afford so that I can be more independent. This is also to protect my shoulders from repetitive strain injury and to improve my posture. Even the wheelchair cushion to protect my buttocks from developing pressure sores costs more than RM1,000.

I got a car, installed a hand control kit and learnt to drive because public transport service is scant when it comes to fulfilling the needs of disabled people who need to move around. Nevertheless, I still prefer buses and trains to driving because I can dispense with the need to transfer from wheelchair to car and vice versa every time I go out.

Over the years, I have spent a handsome amount for adaptive aids and renovations to enable myself to the best of my ability. That, unfortunately, is not enough for me to live a truly fulfilling life. The world outside is fraught with barriers the moment I get out from my house. Danger from bad design and construction lurks at every turn of the corner.

What I cannot understand is why the government continue to allow barriers to be put up despite recognising the importance of accessibility to the built environment for disabled people as promulgated in the Persons with Disabilities Act. Why cannot our country, in the spirit of Malaysia Boleh, put in effort to make the infrastructure accessible to everyone?