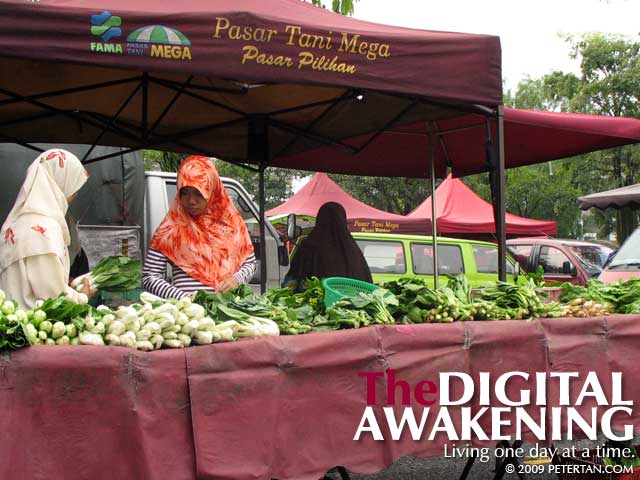 The stalls selling vegetables at the pasar tani was another interesting and colourful sight. There were green from the vegetables, orange from ripe pineapples, purple from jantung pisang and pink from the bunga kantan, among others. I had expected to see more varieties of ulam. I guess the rainy season must have deterred the harvesting as less people were expected to visit the pasar tani.

I was salivating again when I saw the tender bamboo shoots called rebung on display at one of the stalls. It has been a while since I last had bamboo shoot dishes. I like it sliced and cooked in coconut milk curry with prawns. However, the Chinese believe that it will cause a lot of “wind” in the body and should be eaten in moderation, or better still, not at all.

After all that shooting and salivating, I was beginning to get tired and decided to call it a day at the pasar tani. I did not want to wear myself out too much as we had to check out from the hotel, have lunch with the in-laws in Ipoh and drive up to Penang right after that. We wanted to reach the island before dark. 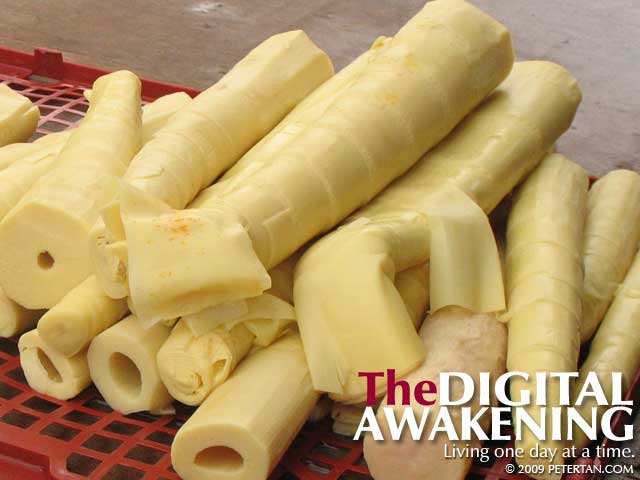 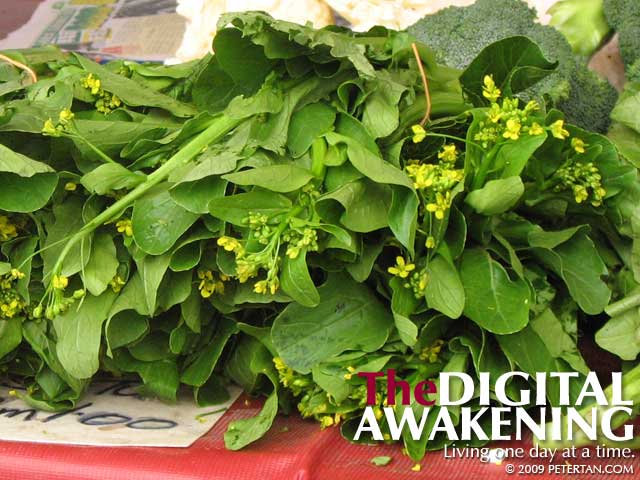 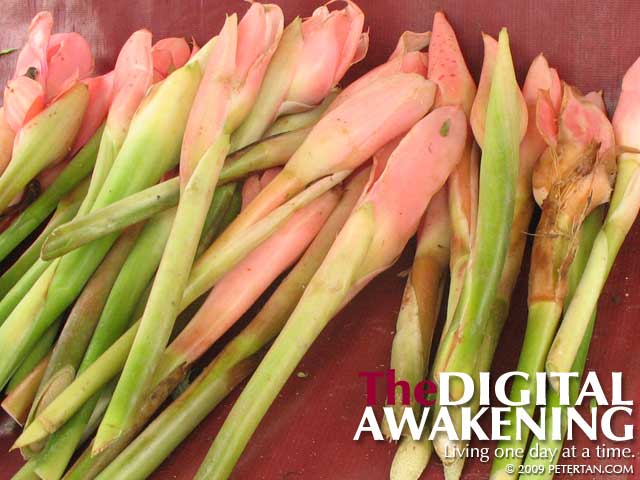 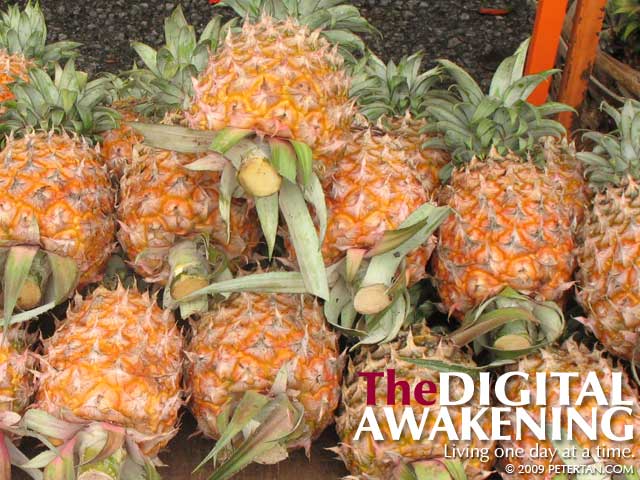 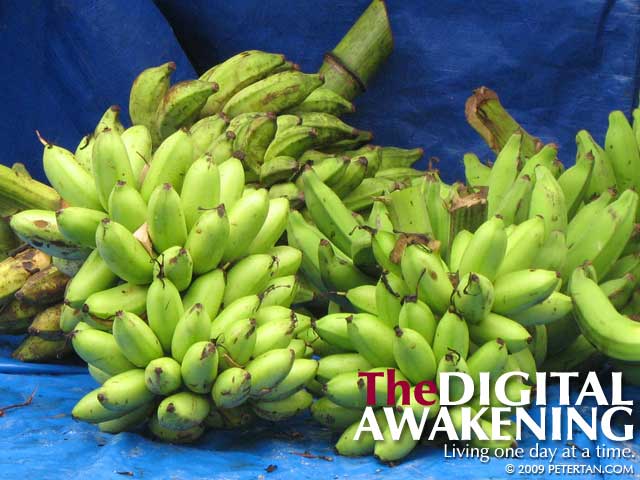