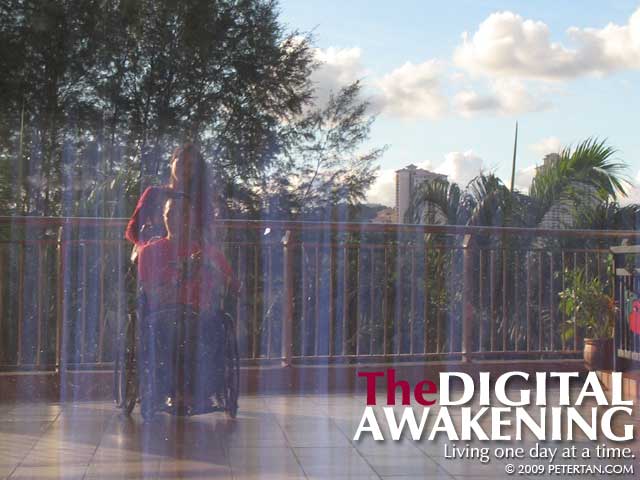 Have you ever met someone and felt like you have known each other forever? Wuan and I did. We met in IRC. My first message to her was “a/s/l?” which is short for age/sex/location in IRCspeak. I was in Penang, she was in Kuala Lumpur. The computer, the monitor and the telephone line closed the gap of 370 km between us.

We discovered that we shared common interests. We also liked similar food. There was a familiar comfort and warmth in our conversations. We were like long lost friends reunited. We chatted late into the night, every night. We were inseparable. Our friendship soon developed into something more. I knew, I just knew, deep inside me, that she is the one for me.

in a past life perhaps
we were inextricable
I wonder
for we seem to have
an uncanny familiarity
of each other. 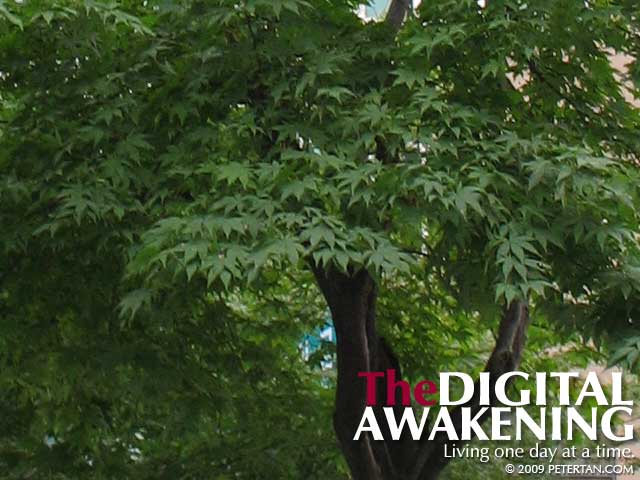 The colours of autumn fascinates me. That is when Mother Nature bursts forth in flames of orange, red, yellow and all hues in between, just before enveloping everything in the blinding white of winter. One day, I want take Wuan to a park awashed in bright fallen leaves of the maple tree. I want to experience together with her autumn in its full splendour.

The closest I came to a maple tree was in downtown Seoul. It stood near one of the entrances to the Sogong Underground Shopping opposite The Westin Chosun Seoul. The season was in transition from summer to autumn. The maple leaves were still fresh green.

I want to soak in the exuberance of autumn with Wuan, listening to the crackling of the dried leaves with each step we take, listening to the wind as it rushes through the forest, shaking leaves off twigs and carrying them aimlessly in its wake. What will autumn smell like? Sweet? Musty? I cannot wait to discover with Wuan the mysteries autumn has to offer.

Autumn’s wind
rustling the leaves
stirring up
a golden carpet
of amber and ochre
greeting us
as we walk
hand in hand
in the park.

When Wuan and I started dating about ten years ago, I wrote a number of poems that were dedicated to her. These poems were put up at Geocities and the website aptly titled “Poems for Wuan.” When I got my own domain name and hosting, I parked the website under the subdomain wuan.petertan.com.

A while later, I registered wuan.org and moved the site there. After I presented Wuan with a digital camera, the poems were taken down to make way for her photoblog called “Point and Shoot.” This photoblog is currently undergoing a facelift.

Since then, I have been wondering how I could put these poems back online again. I want the website for these poems to be a labour of love but I have yet to find the inspiration to create one. As such, I have decided to post these poems in this blog first until such a time I get down to building a permanent domain for them.

I can still remember
how you looked
the first time we met
that disarming smile
those gentle eyes
and lips so sweet
gosh
if only you are
the last I see
before I sleep
and the first
when I awake
I’d be happier
than pigs in a puddle.