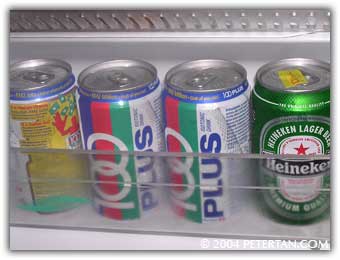 Boredom is the theme of the day. When I am bored, I get all fidgety, anxious and depressed. Raiding the fridge did not yield any comfort food or at least one that could calm me down. The three cans of 100 Plus looked inviting but I was craving for something with a stronger flavour. The lone Heineken sitting beside the trio beckoned but I do not drink beer during the day. They make me tipsy fast. I regretted having depleted my cache of frosty cold Vanilla Coke and A&W Root Beer too soon. There I sat, feeling dull, mineral bottle in hand, fulfilling my daily plain water intake quota, and mentally listing down the junk food I am going buy on my next shopping trip. 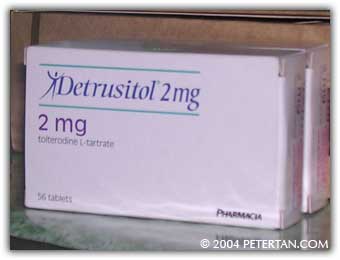 Although it had been raining on and off the whole of yesterday, the winds felt dry today. I know it because my palms and the soles of my feet are not feeling like they normally should. They are a tad smooth. Small items required more effort to pick up and grip. My feet kept slipping off the footplates. I am glad that Dr. Liong, my urologist, changed my prescription from Ditropan to Detrusitol. These two drugs are used to relax an overactive bladder. They both produce similar side effects in me, namely dry mouth and blurred vision. These problems are exacerbated during the dry season. The side effects from Detrusitol are far less pronounced. I get through the day with very little discomfort as compared to the days when I was taking the former. Now, as I think of those side effects that had made me so miserable, I am thankful for little blessings that have been coming my way. My dull day did not seem that unexciting anymore.

Visits to the doctor’s clinic in the hospital were always boring affairs interspersed with long waits and depressing sights. Wuan, who had been here since last Saturday, offered to accompany me to see the urologist who first saw me for my bladder condition back in 1991 for another assessment. Her company made it more bearable.

An ultrasound scan of my kidneys was taken in the doctor’s clinic. The diagnosis: shrunken left kidney. However, there were no signs of swelling in both kidneys, which is good news in the midst of bad. A creatinine clearance test was also done to ascertain the extent of my kidney function. It was a simple test where a blood sample was taken, the serum creatinine quantified and the figure for the estimated creatinine clearance arrived at with a straightforward formula.

My estimated creatinine clearance is 47 ml/min which is categorised as moderate renal impairment. The urologist stated that I have about 60% renal function. I am to continue with my intermittent catheterisation. I was also prescribed Detrusitol for my overactive bladder.

I was previously taking Ditropan for the same problem but the side effects were interfering with my daily routine. They included drying of the eyes, mouth and skin which was further aggravated by my body’s impaired ability to regulate body temperature. That made me very uncomfortable when the weather is hot.

Eating the correct food may also help and I have to make an appointment to see the dietician for this purpose. I am scheduled for another blood test in six months. I am keeping my fingers crossed that there will be no further damage to the kidneys when I return for the follow-up appointment.