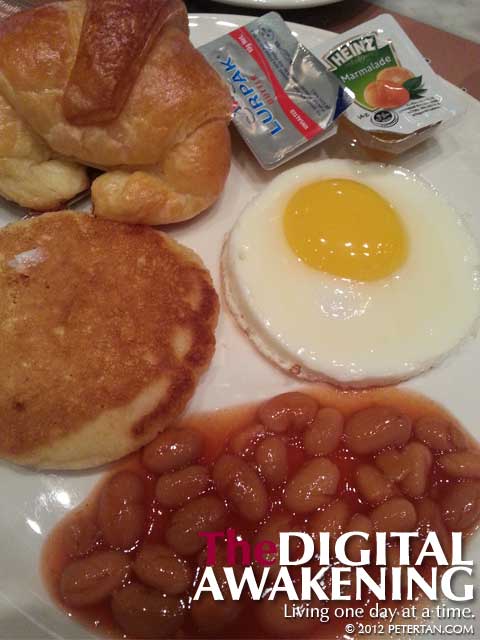 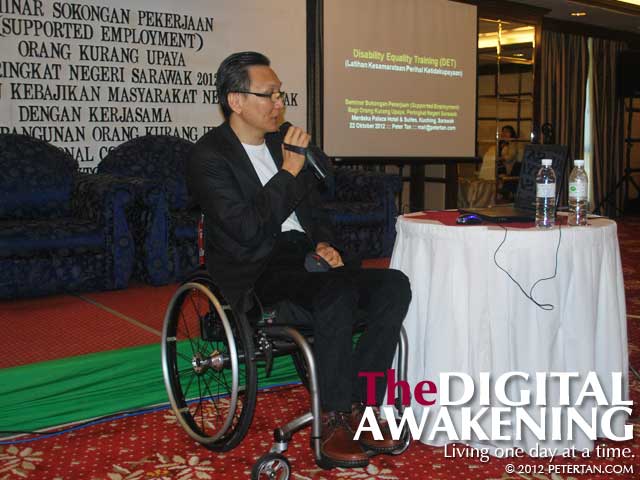 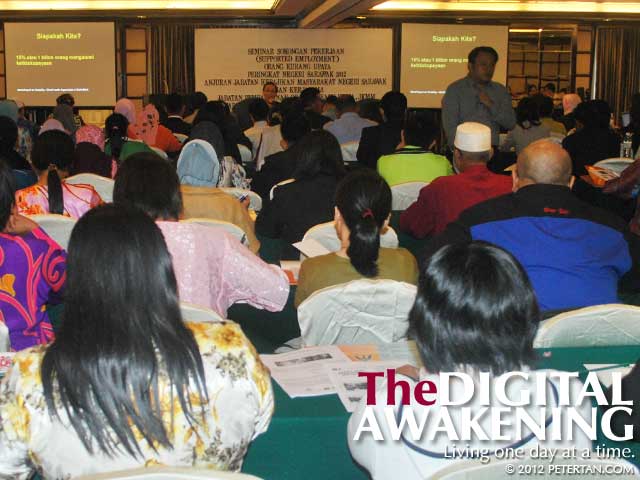 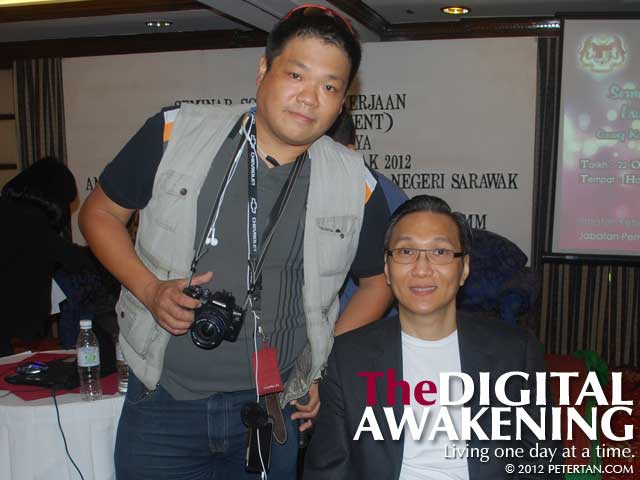 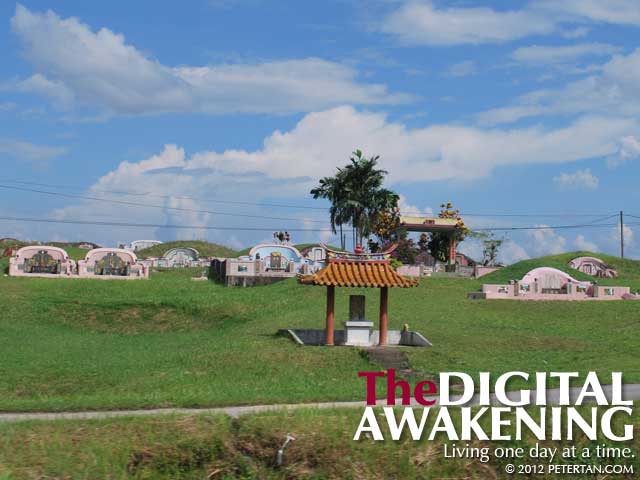 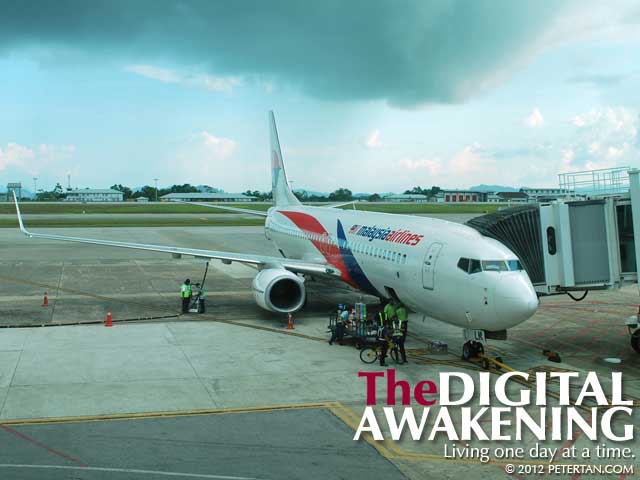 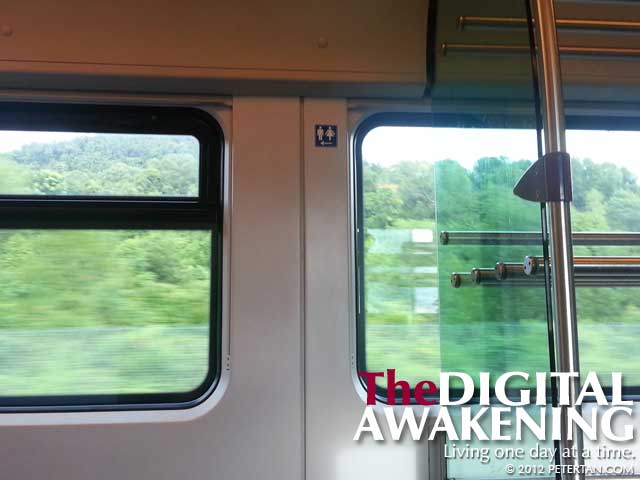 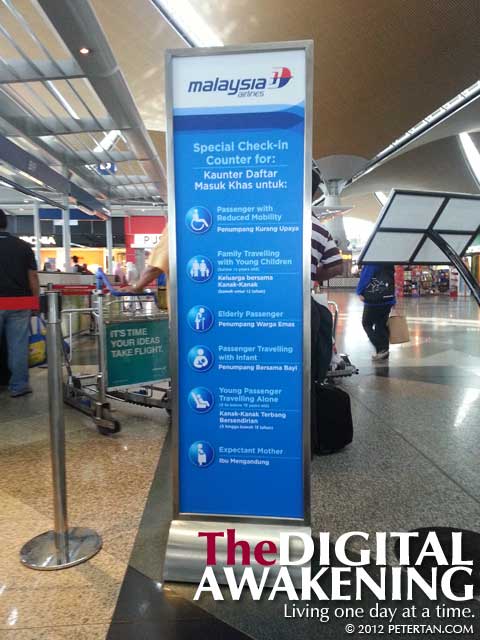 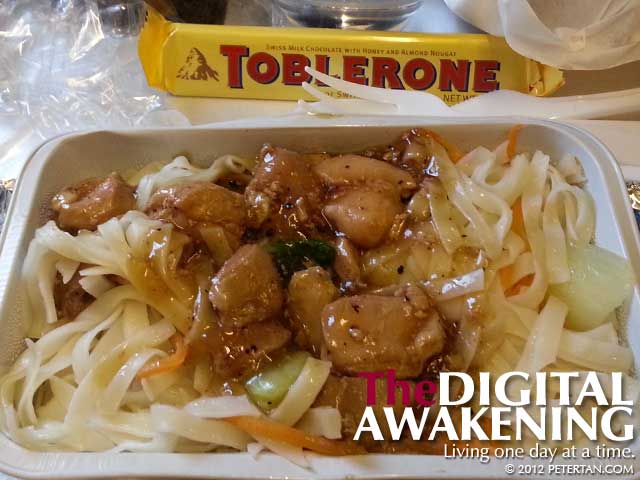 The Jabatan Kebajikan Masyarakat (JKM), through the Japan International Cooperation Agency (JICA), invited me to conduct a Disability Equality Training (DET) session titled “What is Disability?” in Kuching, Sarawak. This was in conjunction with the Sarawak State Level 2012 Seminar on Supported Employment for Disabled People.

Knowing that I would need to be accompanied on overnight trips, JICA arranged to cover the return flight tickets and hotel accommodation for Wuan and I. It was a busy period at work for Wuan and she could not take leave to go with me.

Coincidentally, I met Victor Chin during the Kuala Lumpur Photography Festival 2012 at the time when I was looking for someone to accompany me. Victor, a renowned artist and photographer, is a good friend who had roped us in to hold a joint photography exhibition with him in 2009. I asked and he agreed to accompany me to Sarawak for the seminar.

Still, I was hesitant because that would be the first time I would be travelling with an expensive rigid wheelchair. I was afraid the wheelchair could be damaged by mishandling of the cargo handlers. I checked around but could not get insurance specifically to cover damage or loss of the wheelchair for the duration of the trip.

Having already committed to the seminar, I steeled my nerves and prayed nothing untoward would happen to the wheelchair; else I would be stranded in a land far away from home. Then, there was the uncertainty of whether I needed a passport.

There was virtually no information on the documents required of Malaysians from the peninsular entering Sarawak in official government websites. Friends in the know informed me that all that was needed is my identity card. I should have asked JKM or JICA regarding this in the first place.

I have not been to Kuching before but I have a few friends who are from there. We got acquainted online through our blogs. We agreed to meet but since I had no idea of my schedule yet, we could not arrange for a specific time to meet up. Nevertheless, I was excited at being able to finally meet them face to face after so many years of communication through our blogs and then Facebook.