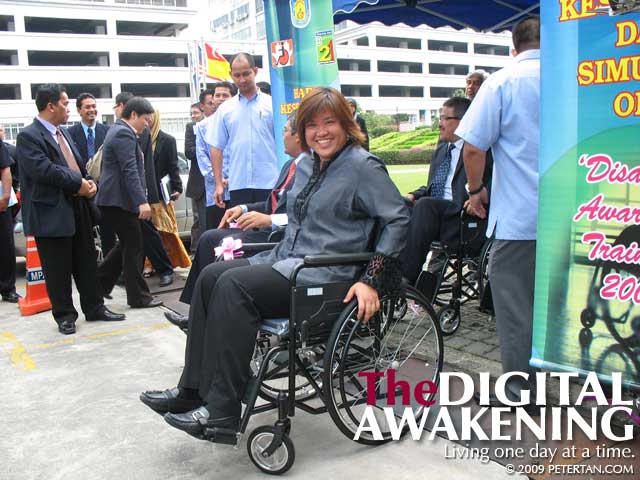 Many government buildings in Malaysia are still inaccessible to disabled people. This is a crying shame as these buildings should be the first to comply with accessibility standards namely Malaysian Standard MS 1184: Code of Practice on Access for Disabled Persons to Public Buildings. The government should lead by example. If not how else are they going to enforce By-Law 34A of the Uniform Building By-Law (UBBL 34A) that requires all public buildings provide access to disabled people? It is ironic for the municipal government to penalize developers and building owners when their own premises are blatant examples of inaccessibility. 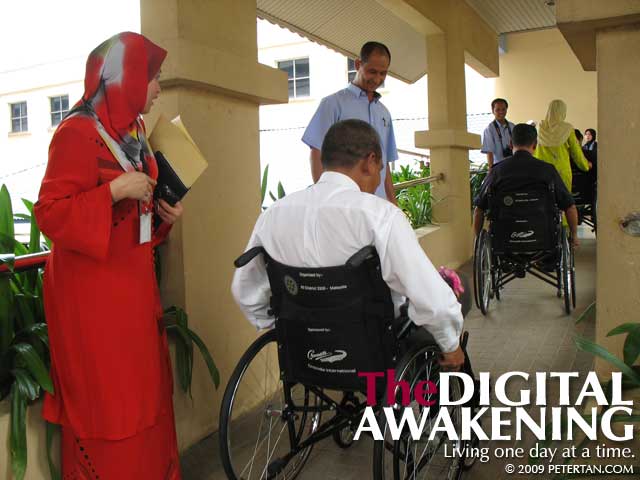 Participants going up a ramp on wheelchairs at MPAJ building.

The Majlis Perbandaran Ampang Jaya (MPAJ) took the first step today to make its administrative building compliant with MS 1184. The municipality organised Hari Kesedaran dan Simulasi OKU at Menara MPAJ in Pandan Indah. A simulation exercise was conducted by access audit facilitator Haslinda Hashim to show the top management of the municipality the problems faced by disabled people when they need to conduct business at the premises. Taking the lead in the exercise was its President Dato’ Mohammad Bin Yacob together with Council Members who went around on wheelchairs to use the ramps, toilet and counters. 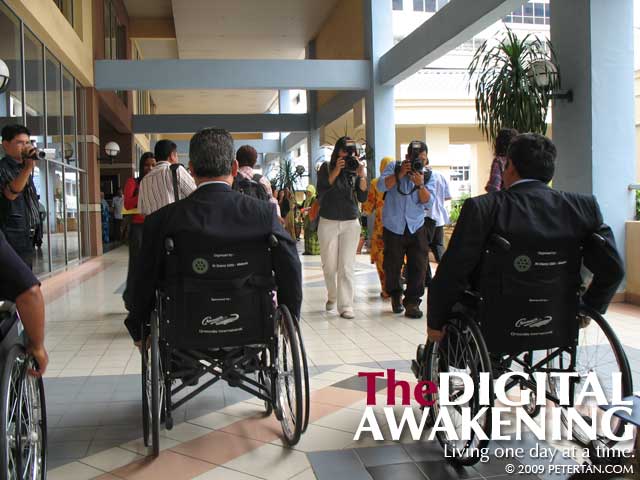 The first barrier they encountered was the rather steep ramp leading from the car park to the lobby. All of them had difficulty pushing themselves up. The President personally tested the toilet and also discovered that there was insufficient space to manoeuvre inside. At the payment counters section, the glass doors were difficult to open. Both door had to be opened to accommodate the entrance and exit of the wheelchairs. However, there was a low counter where disabled persons and senior citizens do not have to get a queue numbers to be served. 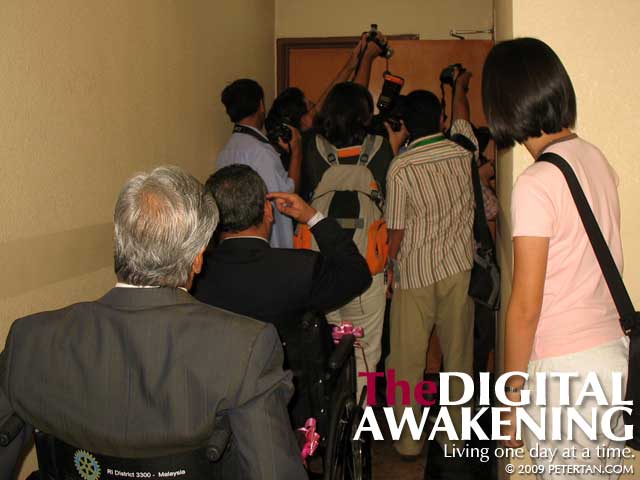 Over lunch, I had the opportunity to have a few words with the President. I intimated to him that while the initiative by MPAJ to make the building accessible is a good move, there must be connectivity to the place. A fully accessible building is useless to disabled people if we are unable to get there due to the barriers in the street environment and public transport. The matter of accessibility must be viewed in totality instead of being done on a piecemeal basis. 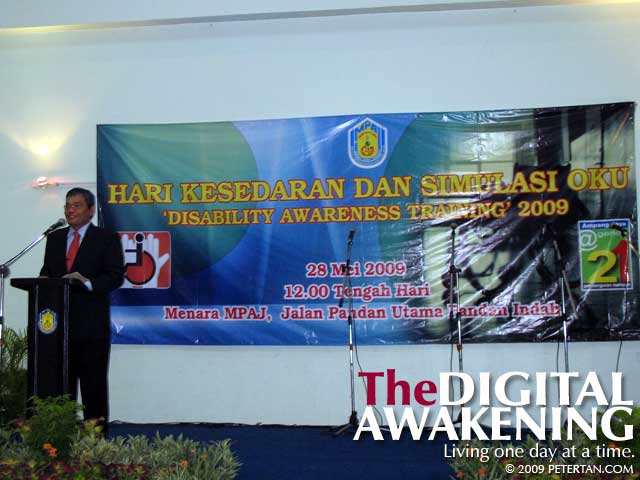 MPAJ President Dato’ Mohammad Bin Yacob giving a speech at the end of the training and instructed the relevant departments to rectify the problems regarding accessible facilities at MPAJ building.

Incidentally, the day’s event coincided with the MPAJ’s full council meeting, I also had the opportunity to discuss briefly regarding the same matters with Teratai ADUN Jenice Lee and Council Member Chan Su Sann. As I see it, there certainly is progress from the day a few friends and I met with Jenice after the general election in 2008 to present to her our case to her. Nevertheless, the going is extremely slow. I wonder if I will live to see the day when I can move around in the Klang Valley and Penang independently like what I experienced in Tokyo.