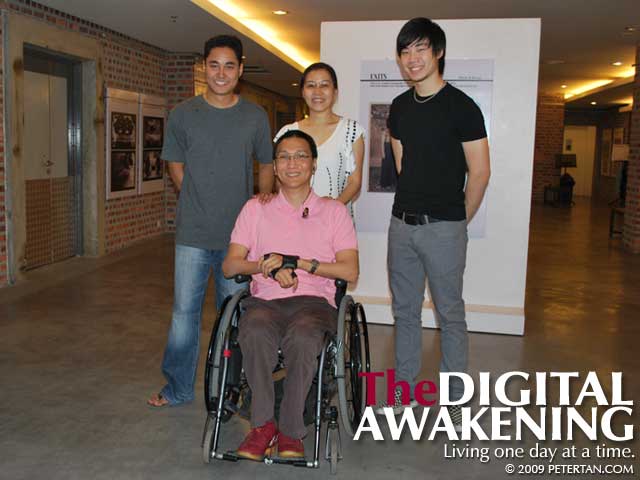 Wuan and I with the cast members of Hamlet at KLPac.
(L to r) Izmir Husein as Hamlet and Mike Tan as Horatio.
Photo by Victor Chin.

Victor Chin, Wuan and I watched Hamlet at KLPac last Saturday courtesy of the play’s director Chris Ling. I have never watched a live Shakespearean play before and was expecting to fall asleep halfway through. How wrong I was! I thoroughly enjoyed it. The action was intense with the transition between scenes seamless. I regret that I could only watch the first half as Victor, Wuan, and I had to man the counter at our exhibition.