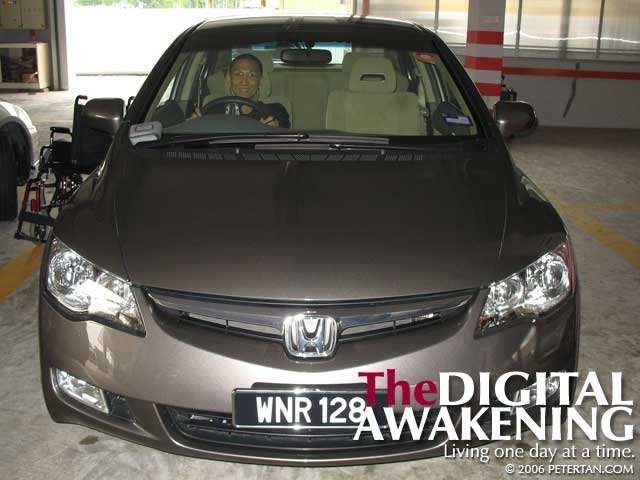 The Honda Civic is a mean-looking piece of art. Indeed, it is poetry in motion with its sleek streamlined profile. Being in the driver’s seat gave me another reason why I must get my driving license soon. The feeling of being in control was simply overwhelming. And I do look good in one. 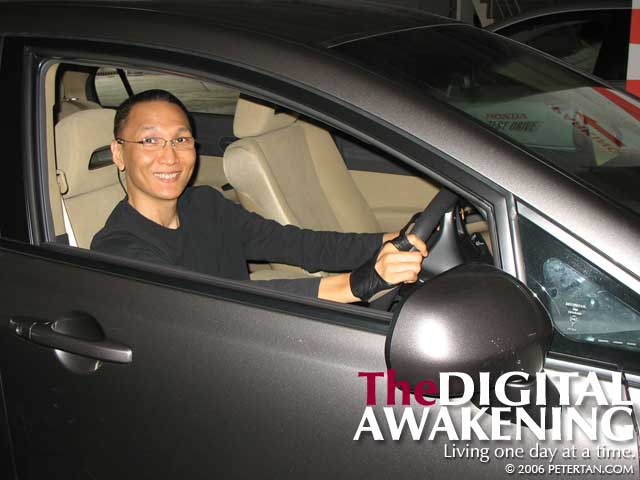 If only I could afford the figures printed on its price tag. The sum to my mobility adds up to a handsome amount. The price of an ultra lightweight wheelchair must be factored in. One that I can easily assemble and disassemble and put in the car costs US$2,000 upwards. This is an amount I can ill afford at the moment. It is a nice dream though. 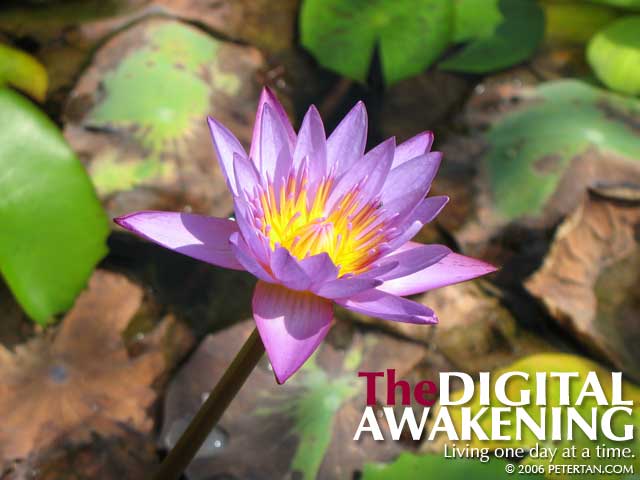