In a short while, Wuan and I will be going on a long road trip again. I am going back to Penang to get some legal matters sorted out. The long stretches of undulating landscape bores me. Six hours straight on the road is a pain. The only consolation is the familiar food that I am going to get to enjoy. I have become a visitor to my own hometown like a tourist coming in for the sights, sounds, smells and savouries and then leave without any qualm. I feel a little lost right now. There is this ache, this emptiness whenever I think of Penang. They say home is where the heart is. But where is home? 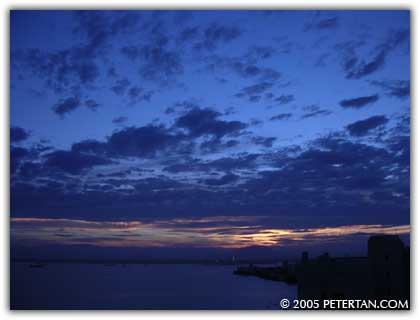 0707: Wuan caught a few of these remarkable shots of the sunrise while I was still deep asleep. She is definitely a very morning person. All the sunrise shots for this trip were taken by her. She excitedly woke me up just to show me what she had captured. When I looked out the window, the sky was already bright and clear. 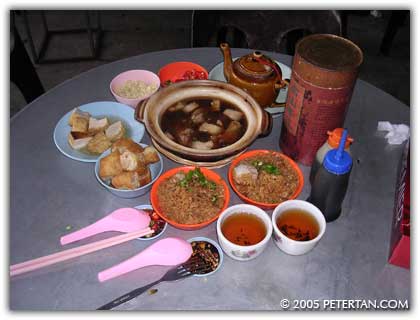 Bak kut teh at Zealand Cafe in Gurney Drive.

0856: On the previous mornings, Wuan and I had noticed that the morning crowd usually gathered in the coffee shops selling bak kut teh. This is a popular herbal soup cooked with pork ribs, pork and almost all the innards of a pig. It is served with either white rice or yam rice, crullers (ewe char koay) and bean cake (tau kua). It is true that we Chinese eat almost anything four-legged except tables and chairs. We thought it must be good since there were always sizeable crowds in the shops. However it was not as tasty as we had expected. We must have appeared odd photographing our food before eating it. 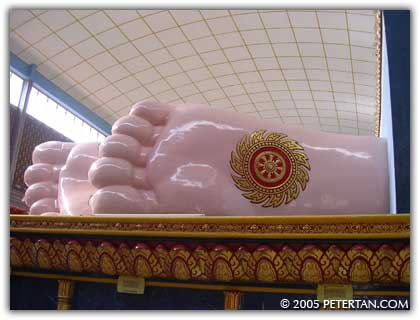 Feet of the reclining Buddha at Wat Chayamangkalaram in Penang.

0941: We went back to the Siamese temple to take a few shots that we missed for our own personal album. It was already crowded with tourists, mostly Japanese and mainland Chinese. Tsunami or no tsunami, Penang was still full of tourists. This photo is of the reclining Buddha with the motif of a wheel on the sole of his foot. I gathered that the eight spokes of the wheel represent the Noble Eightfold Path (Attha Sila) of Buddhism. 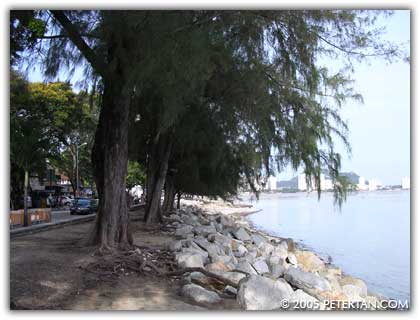 1205: It was time to leave. This had been one uneasy holiday. And I did what most tourists have done more often than me – visit the two Buddhist temples. I believe I have been there as a kid but I do not have any recollection. Now I can be certain that I have been there, thanks to Wuan. Everywhere we went in Gurney Drive, we overheard people talking about the tsunami, the earthquake and the rising death toll. Would we go come back again some time in the near future? Perhaps, just to see the Gurney Drive that I know before it is lost forever to the waves of development.

* More photos in the Gallery. 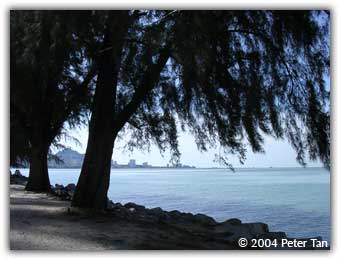 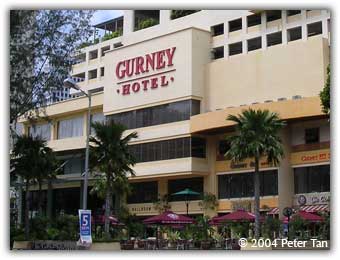 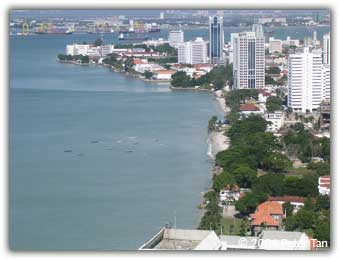 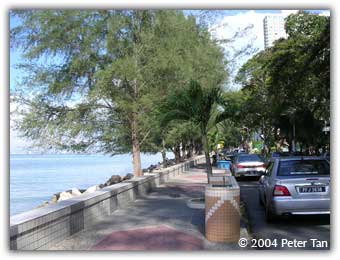 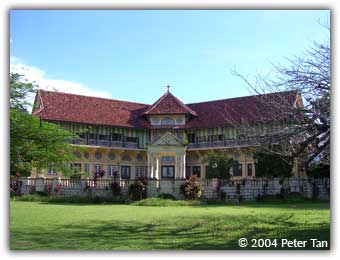 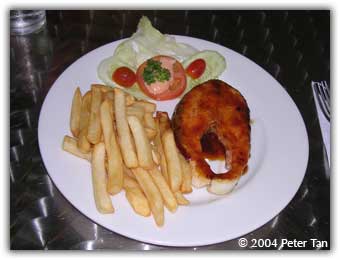