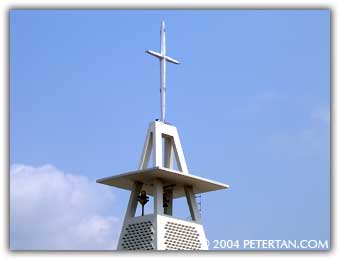 There was no Mass this morning. The parish priest is attending the Priests Annual Retreat at Stella Maris which began on September 7. Instead, a Service was conducted by a lay leader in his absence. A service without a priest felt somewhat different. Nevertheless, the essence of the worship was still the same. We came together as a community to strengthen our faith and to renew our spirituality. 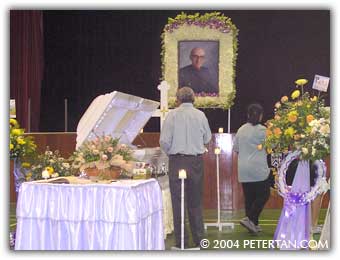 After the Service, Peter and I went to pay our last respects to Father Arthur Julien who died September 11. He was eighty seven. His body is laying in state at Dewan Holy Spirit which is adjacent to the Cathedral. I do not know Father Julien personally. What I knew about him I heard from my parents a long time ago. They had had talked about Father Julien and had high regards for him for the immeasurable role he played in the realisation of the Heng Ee schools. 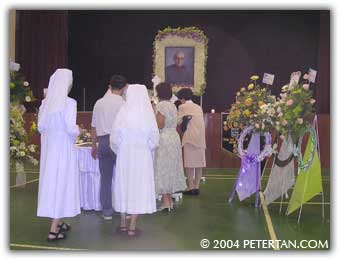 He was a well respected figure in Penang for his ceaseless effort in supporting Chinese education here and for being able to speak fluent Mandarin. Many older generation Catholics and those whose lives have been changed for the better by Father Julien’s works remembers him with affection. To quote Lucia Lai: ?Father Arthur Julien will indeed be remembered fondly as the mat salleh man who became Chinese in the process of his contribution to Chinese education.? 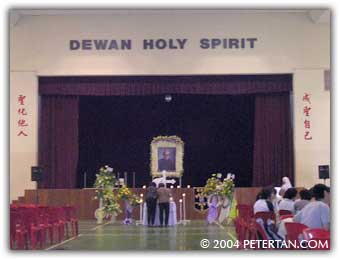 Jeff Ooi and Lucia Lai also blogged about the demise of this great educationist. Father Julien had touched many with his generosity and effort in promoting literacy here. Foreign Catholic priests like him who had dedicated their lives to the educate Malaysians are a dying breed if not already extinct. They have transformed countless lives with their selfless contribution based on their love of educating people from all walks of life all, irrespective of creed or colour. Father Julien is one of those outstanding ones. His funeral is on September 14. May the Lord grant him eternal peace.

8 thoughts on “The Passing Of A Great Educationist”