How did I spend the first day of the Chinese New Year? Uncle Paul took me to Mass together with his family. There I met my mother’s cousin, some second cousins and parishioners whom I have gotten acquainted with since going to Mass there. There was an air of joviality as the interior of the Cathedral was decked in red lanterns, scrolls with auspicious Chinese calligraphy hanging from the pillars and everbody wishing each other with a smile. Today was also the first time I attended Mass celebrated by the Reverend Father Francis Anthony, the new parish priest.

The Cathedral was not packed at all which was surprising because when I went to the Chinese New Year Mass at Balik Pulau last year, the church was filled to the brim. This could be due to the fact that today is also Ash Wednesday and I guess many will be going to the Mass later in the evening.

Later in the day, my paternal aunty, cousin and her husband whom I have not seen for four years dropped in. We spent some time catching up on the news of the relatives on my father’s side. It has been a very long time since I have met any of them as most of them are in Bukit Mertajam. 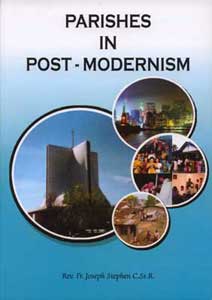 I spent the rest of the day reading. I bought two books at the Church of St. Francis Xavier the other day. One was titled Parishes in Post-Modernism. I had read part of it when I was at Wuan’s place. I finished the rest of it today. It was written by the Reverend Father Joseph Stephen who happened to be there to promote his book on that day. This book explores how we can continue to live a life of faith amidst the present-day challenges. He will be at the Cathedral of the Holy Spirit from February 12 to 13 to promote this book. Father Joseph Stephen is a Redemptorist priest. Click here to learn more about the Redemptorists. 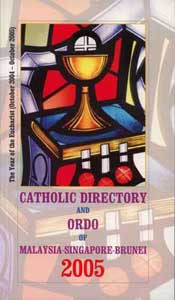 The other book that I bought was the Catholic Directory and Ordo of Malaysia-Singapore-Brunei 2005. The directory lists the contacts of all Roman Catholic churches and Religious and secular organisations. Among others, the Ordo contains the Catholic Liturgical Calendar and the Liturgy of the Hour for the current year.