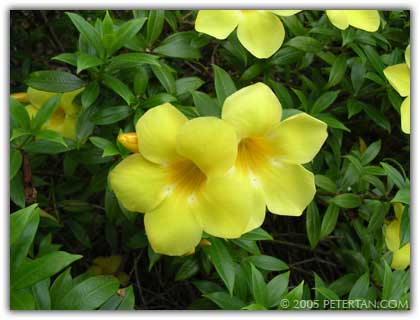 “I am hungry,” I told Wuan as she walked in. She had just arrived from Kuala Lumpur. We have not seen each other since January. It felt like such a long time. As those three words left my lips, the floodgates of subdued emotions opened wide. The grief of over twenty months poured out in an unending torrent. Those words resonated in my mind again and again. I could hear that feeble voice again, one that had haunted me many nights.

When I entered the room, Mum was curled up. She looked distressed.

I went close and asked, “Are you all right?”

Her voice broke into a cry as she told me that she felt very ill. My heart sank. I wished I had been there for her like how she had never left my side all those years. Anguish was written all over her face. This was one woman who had never let emotional and physical sufferings hold her down for long. She seldom complained, even when she was not well. And now she was reduced to such a state where she no longer could stand against the tides of physical torment anymore. That hurt me more than anything else.

I yearned to do something to alleviate the destitution that was overwhelming her. The only thing I could do was to give her encouragement and to let her know that I will always be there. Of all the people, she trusted me most. I was all she had. I searched deep, looking for the right words to tell her.

“Do not worry. This is just one of the phases that you are going through,” I reassured her. “This is one of the major obstacles in your life that you must overcome. All will be well again after this.” I was sure of that. There was confidence in my voice. She nodded in agreement.

“I am hungry,” she cried softly, looking at me piteously through the metal tubes of the bed’s cot side. She was still curled up in the foetal position she was in when I first saw her earlier.

I quickly got the temporary help that was engaged to look after her to make a warm drink. Poor woman, she had been moaning in misery the whole night and had not taken anything to fill her empty stomach. She had been complaining of pain and shortness of breath, and had been calling my name throughout. I regretted that I had left her there in the sterile confines of the hospital room without an iota of loving care.

“I am hungry.” Those three words hit me hard. I was never allowed to go hungry. If I did not have the appetite, she would take the trouble to cook something else, anything, just to make sure that I have the energy to pull through to the next day. For many years, she often squatted by the charcoal stove, fanning the fire to make herbal soups to nourish my weakened constitution. She did not mind the smoke, the heat and the grime. As long as there was a possibility of giving me more vitality, she would go through it. And there she was telling me, almost pleading, to feed her because she could no longer look after herself.

That morning, she looked extremely emaciated. There was a great desire to take her home and look after her myself. If only I could but she needed acute nursing and medical care that only a hospital could provide. As hard as I tried to convince myself that she would be well again, the evidence were all there to show that she was not. The blood of impotence gushed through me. I felt weak and sapped of energy. Tears blurred my vision. I turned away, silently praying to whichever God that was listening to give her back her vigour and never let her go hungry again, not even for a moment.