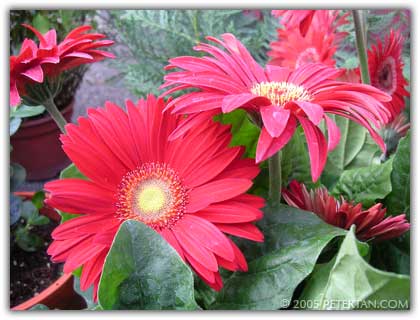 One of the causes that I support wholeheartedly is the National Cancer Society of Malaysia, Penang Branch. They run the Rumah Hospis and the Hospice-at-Home-Programme, providing palliative care to people who are suffering from end-stage illnesses. I was touched by their generosity at a time when I was most desperate for help.

When all hope was lost, they were there to ease the pain and comfort the one person that I loved most. There was much frustration and fear in me then, seeing Mum wasting away and not being able to do a thing. During those few months, I shed more tears than I had shed in my entire life. There was no pain greater than the agony of seeing the woman who gave me life slowly losing hers. Truly, those were the days that I lived one day at a time. I dreaded tomorrow because I feared what it would bring and what it would take away.

The Penang Hospice-at-Home-Programme stepped in after Mum was referred to them by the heamatologist. Pain is a constant companion to cancer sufferers. Mum was no exception. Karen, the palliative care nurse, helped with the pain management. We worked together to get the right dosage of painkillers (dihydrocodeine tartrate and Celebrex) so that Mum would be lucid enough and at the same time her pain alleviated. It was a great improvement from being sedated all the time to being able to spend some quality time chatting with friends and neighbours when they dropped in to see her.

Karen also provided advice and support on other medical aspects of Mum’s condition. It would have been difficult for me to keep checking with the heamatologist on all these issues. In those dark hours, the Hospice was like the sun shining through an opening in the clouds after an exceptionally terrifying storm. Their frequent presence was reassuring at a time when my world was falling apart.

I am forever grateful to the Penang Hospice for coming into Mum’s and my life at a time we needed assistance most. I now fully subscribe to the philosophy of the Hospice because I do not know of any nobler group of people who are willing to spend time and effort in easing the journey into the final sunset of our fellow humans better than they can. This is one of the causes that I am dedicating my life to helping in any little way I can. It is my way of saying “Thank you for being there when we needed it most.”

The World Hospice and Palliative Care Day is celebrated here in Malaysia on September 24 – 25, 2005. In conjunction with this day, Voices for Hospices is also held concurrently. I reproduce the blurb from the flyer of the Voices for Hospices 2005 Penang below:

Voice For Hospices in an internationally celebrated musical event initiated in 1994 in the United Kingdom. It is to highlight hospice globally. The last time it was held was on 4 October 2003 when we in Penang took part for the first time with over 500 concerts worldwide. In addition, World Hospice and Palliative Care Day will also be celebrated for the first time in recognition of hospice services throughout the world, which now numbers over 8000.

Hospice is compassionate whole person care for patients with an advances illness. Its aim is to alleviate suffering and improve the quality of life by providing medical and nursing care, emotional and spiritual support to patient and family. The Hospice movement was initiated with the establishment of St. Christopher’s Hospice in London in 1967 by Dame Cicely Saunders. Since then the movement has spread to every continent on the globe.

In Malaysia, hospice care is available in almost all the main towns. This service is provided by NGOs as well as some public and private hospitals. One of the first hospice programmes in Malaysia began in Penang as a community service in 1992. Since then this has grown to eight services including in-patient care. These eight groups as listed below have got together to organize this musical experience.