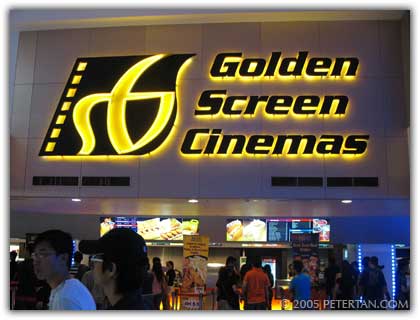 I cannot remember the last time I watched a movie in the cinema. It was such a long time ago. The wide screen and the resonating audio effects have become a distant memory. Most cinemas as I recalled neither provided accessibility to wheelchairs nor space for one. It was not until recently that I began looking for one that does in my surveys for accesibility in public buildings that I discovered a few that cater to the needs of audience in wheelchairs. Therefore, it was like being in school for the first time when Wuan, William and Cynthia accompanied me to watch King Kong at 1-Utama‘s New Wing early last Saturday morning. 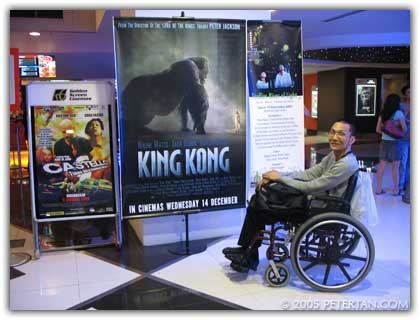 A couple of months earlier, we had wanted to watch Madagascar at Berjaya Times Square and KLCC Suria but did not get around to it one way or another. When this remake of King Kong played in the big screens, I was determined to catch it. The last time I watched King Kong was in the late seventies with Dad and Mum. I was then awed by the effects but most of all, the scene where the stunning Jessica Lange went under the waterfall. Those images were sufficient to stir many erotic thoughts in the kid that I was that time. 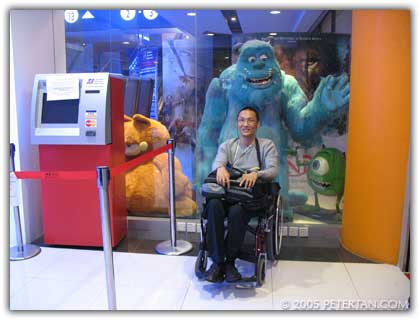 Posing with Monsters, Inc.’s Sullivan and Mike and a partly obscured Garfield.

After shopping around, Wuan and I went up to Golden Screen Cinemas at the fourth floor to get the tickets. There was a long queue. While I was waiting in line, one of the GSC staff directed me to the Gold Class ticketing booth to get my tickets. That was a nice touch although we were just going to get the normal tickets. Most of the good seats for the day’s show were already taken. Moreover, the place reserved for wheelchairs was fourth row from the front which was a little too close to the screen too. We finally decided to watch the 12.30am show on the only available seats on the third row. My ticket costs RM6 only while the other three tickets were RM11 each. 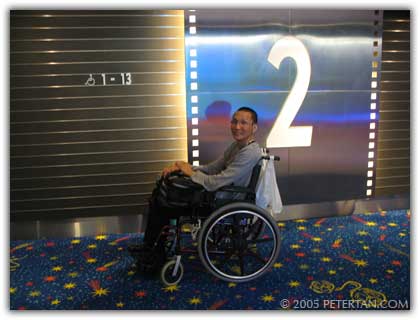 As expected, the third row was a little too close to the screen. There was nothing much we could do anyway. Wuan had to help me down two steps to our seats. I transferred to sit on the seat next to the aisle effortlessly. I had not expected it to be that comfortable. It was one of the most comfortable seats I have been on for a long time. I wondered what else I have missed all these years. 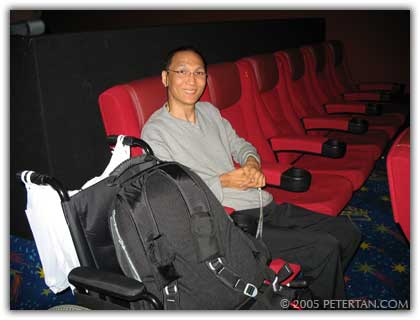 Inside the cinema before the movie.

We also did not expect the movie to last three hours. By the time it ended, it was already 4am. I must confess that I nodded off a few times in between the show. Although I had anticipated a more interesting movie, the excitement of being able to watch it in a cinema more than made up for some of the slower scenes. The part I like most was the stampeding dinosaurs scene. It was something reminiscent of the rolling boulder dash in Indiana Jones and the Raiders of the Lost Ark. This is another wish fulfilled. There have been many this year. With friends like Wuan, William and Cynthia, dreams easily become realities.

13 thoughts on “Three Hours With Kong”