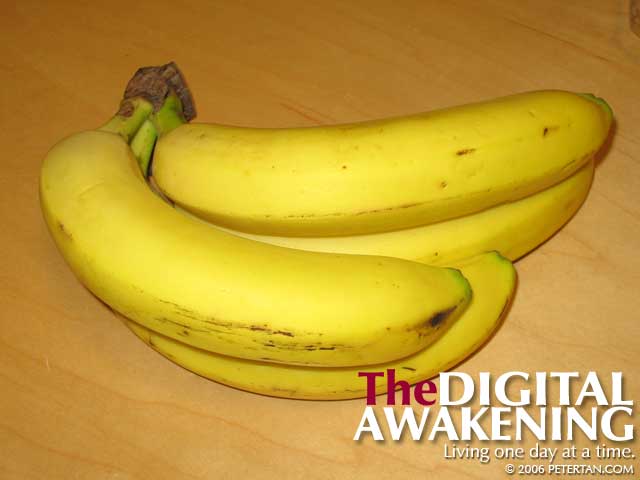 One of my dreads while travelling is either constipation or diarrhoea. Those would be a major nightmare considering the stench and mess if my bowels decide to purge at the most inopportune moment. On the other hand, being constipated would not be any less horrible as I do not fancy sitting in the toilet for four hours straight.

Worse still would be going to bed without fully clearing the constipated stool which would later make a grand exit messing up the hotel’s bedsheets, mattress, wheelchair and everything else. Thank God nothing of this has happened all the times I travelled. My treasured travelling companion in Tokyo had been a packet of pitted prunes. Those I took three religious every morning for breakfast together with half a packet of Ensure, two slices of bread and two bananas.

Bananas – those found in the supermarkets in Tokyo were exceptionally large. All were nicely labelled and packed, much like the imported fruits here and they cost a bomb – RM10 per comb of four bananas. Still, I chose bananas over other fruits because it was easy to peel, had no core like an apple and was delicious. It was also to provide bulk help move my bowels.

All was well in Tokyo. All was well in Bangkok. I had my bananas everyday. Likewise prunes. Therefore I was thoroughly surprised when Virgorat and Zara’s Mama left comments in Lactulose Did It advising me against having bananas if I was constipating. I am really really glad that it all went well in those two foreign cities. Lucky me. I would have been miserable perching in the toilet for hours and hours had the bananas acted as they should.

3 thoughts on “Bananas For Breakfast”