To cut a long story short, the hand control kit was installed on October 14 without much fuss. The steering knob that was bought from Brother’s at Kelana Jaya did not fit the steering wheel. William, Cynthia and I went back to the shop to get it changed for one that almost fit a few weeks later. The bolt for the new steering knob was too short. William bought one that fits and installed it. I did not have the opportunity to test drive from the time the kit was installed until last Tuesday. 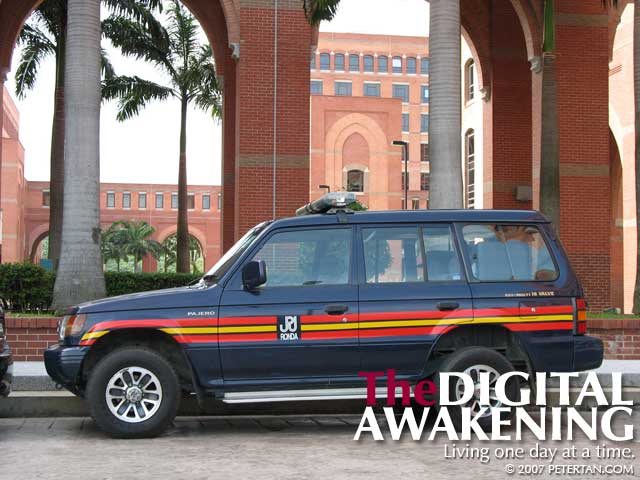 Wuan and I took opportunity of the holiday season and went to the Jabatan Pengangkutan Jalan Headquartersin Putrajaya on December 29, the last working day of 2006, to get the attachment approved. We thought we got all the form properly filled but it was not accepted because of the technicality that the disabled driver must also be the owner of the vehicle. The officer at the counter gave us the number of the person in-charge and asked us to call him on January 3.

At the same time, I submitted an appeal letter to the Bahagian Pelesenan Pemandu located at the same floor of the building to have my driving license that has expired for ten years reinstated. The standard procedure for such cases is that applicants will be exempt from Bahagian I which is taking the Undang-Undang Jalanraya Test. I still need to undergo Bahagian II and Bahagian III which are parking and slope test and driving test respectively. The officer gave me a number to enquire should I not receive a reply in three weeks. 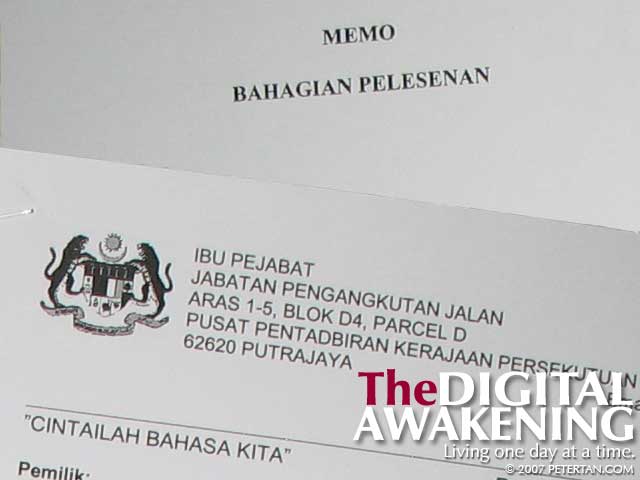 I called the officer in-charge of vehicle modifications at the given phone number yesterday. Apparently, all the forms were in order. I made arrangements with William and Cynthia to go to Putrajaya with me to get the matter sorted out. Wuan could not make it as she was working. We arrived at the JPJ Headquarters at 3.30 pm and met the officer in-charge of vehicle modification, Tuan Hj. Johar, who told us to go back next week to collect the letter. William told him that it was an inconvenience to have to go back again considering the distance and on working weekdays only. Tuan Hj. Johar was kind enough to take that into consideration and asked us to wait while he went through the documents and wait for the Director to come out from a meeting to endorse the documents. He delivered the documents to us at 4.45 pm. That is one large hurdle behind me. I still need to get the exemption letter in order to apply for a learner’s driving license and get the car inspected at Puspakom.