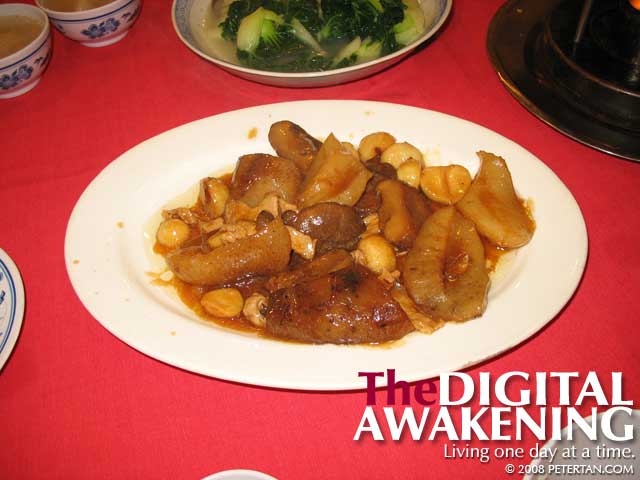 Chinese banquets are all about “face” of the hosts. Therefore, the hosts will always attempt to go all out at serving dishes with ingredients that are exotic and expensive at banquets. Anything less and the hosts will lose face before their guests. As for me, I am more concerned about how the ingredients used are being harvested to extinction than losing face.

A while back, I watched on the Discovery channel how fins were hacked off and the sharks thrown back into the sea still alive to die a slow agonizing death. It was there and then that I decided that if I ever hold a wedding banquet, I will never serve shark fin soup. Likewise, abalones and sea cucumbers have become endangered species due to over-exploitation.

If not shark fin, sea cucumber and abalone then what? Changing times demand a change in traditions. Although I have grown up with the impression that these are must-haves at wedding banquets, I am sure the restaurants will be able to come out with alternative dishes for the menu. There are so many other commonly available ingredients to cook up delicious dishes with.

15 thoughts on “No Shark Fin Soup For Our Wedding Banquet”