Wuan and I had dinner yesterday at a restaurant called the Otak-Otak Place that just opened at the Lower Ground Floor in the New Wing of 1 Utama. This restaurant took up one of the lots where Giant Supermarket used to be. The menu has an extensive offerings of the delicious otak-otak prepared and served in many different ways.

There were the usual steamed otak-otak and grilled otak-otak. Otak-otak steamed in banana leaf is from Penang. Otak-otak wrapped in coconut leaf and grilled comes from Muar in Johor. Apart from the that, the menu proferred a mind-boggling list of otak-otak served as dumplings, fish cakes and even used as patty for burgers.

We were indeed spoilt for choice and had a difficult time deciding what we wanted to eat. After browsing the menu for a while and salivating in the process, we decided to tread on the well-beaten path and try out food that we were more familiar with. 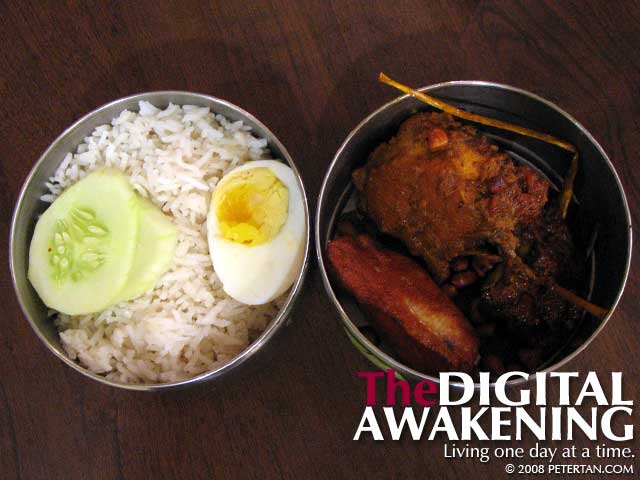 Wuan was not very hungry and had Roti Jala with Curry Chicken (RM5.90). I stole a piece of the roti jala. The curry was fragrant. The aroma and taste was just what I like in chicken curry. There are not many places in the Klang Valley that offer this dish in the menu. This is one place that I will go back again whenever I have cravings for roti jala.

The fried chicken for the Nasi Lemak Special (RM9.90) that I ordered looked delicious in the menu. It was served in a two-tier stainless steel tiffin carrier that is common in many kitchens. One was filled with rice, two slices of cucumber and half a hard-boiled egg. The other had one piece of fried rempah chicken, one piece of grilled otak-otak and one portion of sambal ikan bilis. The chicken was well marinated and did not disappoint but the nasi lemak was a little bland for my liking. 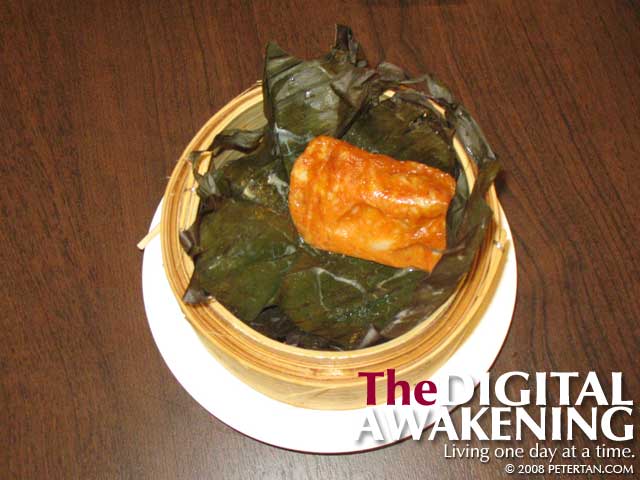 For the month of December, patrons who have the 1 Utama One Card will be presented with a complimentary piece of steamed otak-otak (RM3.00) with their orders. While we liked the otak-otak, we both agreed that it would have tasted better with daun kaduk. There was not a hint of this pungent leaf or its aroma. Somehow, steamed otak-otak without daun kaduk is just incomplete for the Northern Peranakan cuisine lovers in us.

The bill plus two glasses of iced honey lemon inclusive of 5% service charge totaled RM24.99. We will definitely return to try out more from the menu. Wuan wants to have a taste of the Nasi Briyani Dam. As for me, there are several other otak-otak dishes that I would love to sink my teeth into.

7 thoughts on “Otak-Otak Place At 1 Utama”