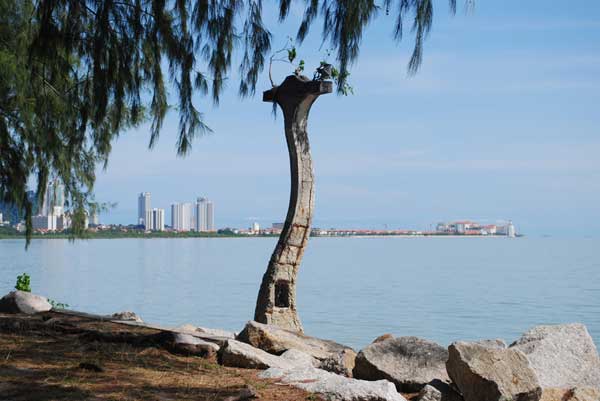 Everyone needs a friend or two. By friends, I don’t mean casual acquaintances we meet in the course of our work or leisure activities but the ones we can trust our life with and are more than willing to get us out of sticky situations time and again.

In my entire life, I have only one such friend I can place in that narrow definition. His name is William. We got to know each other through a channel in the Internet Relay Chat in 1998. It was one of the few popular group communication programmes at that time. That was also where I got to know the woman who was to become my wife.

We became fast friends. Even though we have never met face-to-face before, we chatted like we have known each other for a long time. Our common interests were the stock market which was in the midst of a bull run.

We chatted late into the night often, monitoring the US market for an indication of the local market’s movement the next morning. When the market turned, we lost quite a bit of money, more than all we made before that.

A few months after our initial chat, I decided to travel alone from Penang to Kuala Lumpur to meet some of the people from the channel. I have never been far away from home without my mother by my side after the accident. She was always around to help me with my tasks.

It was as scary as it was exciting for me as I had no inkling what could happen during the journey and after that. William offered to pick me up from the airport. I was the first wheelchair user he ever fetched in his car but he did not even miss a beat in disassembling and assembling my wheelchair.

After I moved down to Kuala Lumpur, we often hung out together on weekends. He would pick me up and we would go gallivanting around the city. Everywhere we went, we were asked if we were siblings. We were said to look alike but I could not find any similarity in our facial features.

The number of times he got me out of difficult situations are too numerous to remember but I remember one very clearly. I had gone to the police station to make a report against an Internet troll who left a provocative comment in my blog.

After I was done with the report, it was already past midnight and I could not get a cab. I called William. He picked me up without even questioning what I was doing in the police station. It was 1.30am when he finally dropped me off.

When I was selected for a 2-week training in Tokyo, I was undecided if I was up to the challenge. I had doubts whether I could survive, especially when it was so far from home and right in the middle of winter.

He encouraged me. “Just go,” he said, “don’t think so much.” And he took me around to buy luggage, winter clothes and accessories for my trip. I would not have been so bold had he not egged me on.

William must be credited for urging me to make the biggest decision in my life. He was never one to pull punches when it came to advising me on issues that mattered.

More than once, he told me, “You should propose to her. You two have been in relationship for so long.” I was hesitant because there were so many things I was worried about in making a commitment like that. He helped me figure out the uncertainties that were plaguing me. In the end, I had to concur what he told me made sense. I couldn’t and shouldn’t drag the relationship like that indefinitely.

He discreetly took me out to get a ring and even helped me select the diamond as he is familiar with gemstones. And so 8 years ago this month, I proposed to Wuan while we were holidaying in Penang. William and his wife Cynthia were the witnesses for our marriage registration three months later.

William has a quirky and enigmatic personality. He prefers to shun the limelight even though he is a sociable person. That is why in all the years of our friendship, I have never once published photographs of him in my blog or Facebook.

I am thankful for having a friend like him. He is one who gives without expecting anything in return. It was fortunate that I bumped into him when I decided to venture out from my comfort zone. Other than my mother and Wuan, he has been the biggest influence or many of the major decisions in my life. We may not be brothers by relation but we are like one in many other ways. I have gained much from his wisdom and unconditional support.

Everyone should have a friend like William. He is the epitome of the proverb “a friend in need is a friend indeed.” I am blessed to have him as a friend. My life is richer because of him.