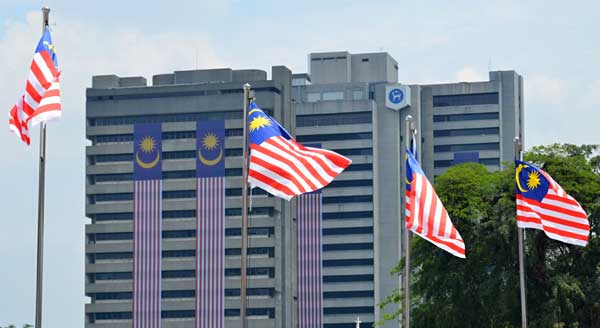 I KNOW, you Sarawakians and Sabahans must be wondering why we, your fellow countrymen in the peninsula, are so quarrelsome. Why do we have such short fuses? Why are we so apt at making mountains out of molehills?

As someone rightly pointed out on Facebook, why with just a few major racial groups in the peninsula can we have so many issues while you don’t have the same problem with the many ethnic groups over there. That is truly food for thought. We in the peninsula still have much to learn to live in peace and harmony with each other.

The case in point is the recent Low Yat Plaza incident in Kuala Lumpur. It boggles the mind how a simple case of theft as concluded by the police could spiral into a brawl and then dangerously into a riot. It didn’t help that certain politicians and community leaders with vested interests fanned the already heated sentiments further with strong hints of racist undertones.

But was it all about one race against another? As we read from the news later, it was a Malay mechanic who saved a Chinese man who was being brutally beaten up by a mob. He shielded the victim and carried him to safety until help arrived. In a related incident, a journalist who was set upon by another unruly group also recounted how he was saved by other Malay reporters who were at the scene.

True, there were elements of racism but it was also evident the violence was committed by a small number of youths who were easily influenced and incited by rumours propagated by irresponsible parties. The rest of us are generally peace-loving and abhor such acts.

The fire may have died down now but the cinders are still burning, waiting for time when they are reignited again by a similar scenario. It will never be truly extinguished unless and until steps are made to resolve the cause at its root. Most importantly, everyone must stop fanning the hatred through any means and especially via social media.

In the meantime, social media is also being used by those who detest violence and wish to promote unity. They are running campaigns requesting Facebook and Twitter users to upload photos of themselves holding placards or messages with hashtags such as #SayNo2Racism and #WeAreMalaysians.

This is the time for us to reflect deeply the kind of country we want Malaysia to be. As we pick up the pieces and move on from this ugly episode, the government needs to show its commitment to resolving the underlying issues by not just sweeping them under the carpet.

The police must be commended for coming down hard on those involved in the entire episode. Instigators, perpetrators and those circulating false news must be made to bear the full brunt of the law. But we have to do more than just punish these people.

There were also calls to enact laws against racism. While laws can act as deterrents, they don’t change attitudes and behaviour. People will still break laws if they think they can escape from being penalised. One clear example is the existing Sedition Act. It certainly did not prevent rabble-rousers from inflaming the situation.

I remember there were already discussions on what could be done to solve the issue of polarisation between different communities more than 30 years ago. Therefore, this is not something that happened recently but a problem that was left to rankle for decades. Such sentiments have to be stopped right here and now. We cannot allow them to develop further and grow out of control in the near future.

Virtues like respect, kindness and acceptance have to be cultivated from young so that children will grow up to be conscientious citizens. There is a Malay proverb which says “kalau melentur aur biarlah dari rebungnya” meaning if we want to bend the bamboo, we should start when it is still a shoot. Likewise, we should start to inculcate positive values in children while they are still highly impressionable.

Schools provide ample opportunities for students from different communities to intermingle. The government should come up with more effective curriculums for them to foster better understanding of each other’s religion and culture.

This task should not be solely left to teachers in school. As parents and adults, the onus is on us too to act as role models to lead them on the right path. We ourselves have to become change agents first and foremost.

We have to stop stereotyping people according to race or religion. There are bad people in every community and strata of society just like there are good. We have a responsibility like every other citizen to create a positive and conducive atmosphere where we can live without fear and anxiety.

We will never progress as long as we are suspicious and hostile of each other. If we can’t trust our fellow citizens, surely we can’t expect others from outside the country to trust us. All said, we can only succeed if we play our part in building a better nation instead of being sucked into playing divisive politics.

We must go beyond the parochial perspective of race, religion and politics to see the bigger picture. We should stop seeing every issue along those lines. Malaysia was built on the shoulders of our forefathers who worked hard to develop the country to what it is now. It is our duty and responsibility to carry on with that legacy.

Regardless of our background, the fate of this country and ours are intricately intertwined. We can only grow and prosper if there is peace. At the end of the day, we are all Malaysians. Make it or break it, we all will have to live in it.

Finally, we should forgive but never forget, lest we become complacent and allow such hatred to fester again. Each time we in the peninsula need examples of communities living in peace and harmony, we needn’t look far. We have shining examples in you who are just across the South China Sea to prove that diversity doesn’t have to lead to enmity. Thank you for putting things into perspective for us and helping us maintain our sanity in these trying times.