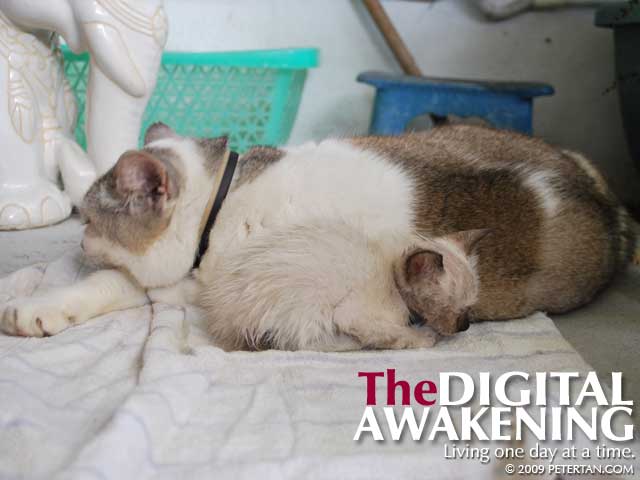 Kitten cuddling up next to Fei Por.
Photo by Wuan.

Wuan rescued a kitten from the Pandan Perdana market last Sunday. It was mewing incessantly near a garbage bin. It was scrawny, scruffy and looked so fragile. As we had to go out, we left her with Fei Por in the compound. Unfortunately, Fei Por was not interested in mothering over the kitten as she did with Cheeky. When we came back in the evening, the kitten was nowhere in sight. We searched around the neighbourhood for a couple of hours without success. 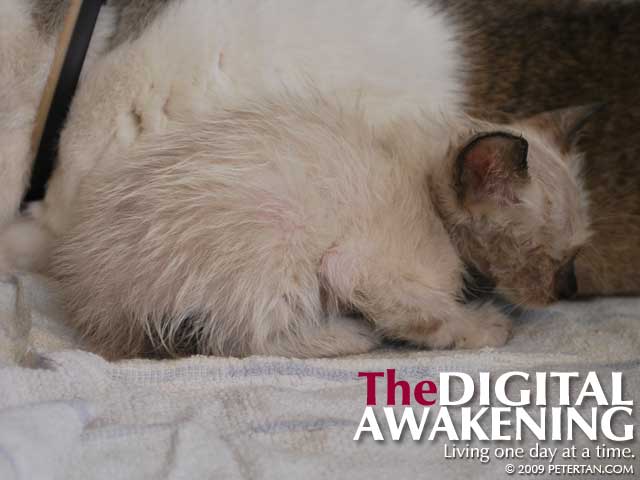 Close up shot of kitten.
Photo by Wuan.

This morning, Wuan found the kitten a few houses away. It had a dislocated shoulder. Its front right leg was dangling limply to the body. I do not know how Wuan did it but she managed to pop the shoulder back into the socket. She left for work after that. The kitten was confined alone in Cheeky’s room for the whole day. We converted one bathroom for Cheeky to live in. We were not too sure how Cheeky would take to it as he can be rather aggresive at times. We though it was better to keep the two apart first. 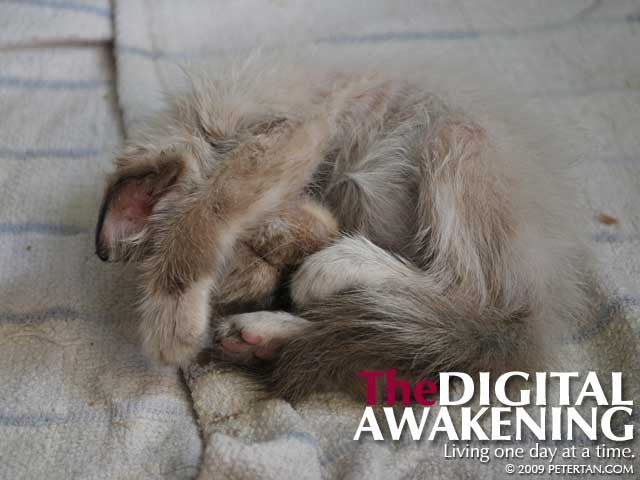 It was walking normally when we checked on him just now. It was as if nothing happened. It could even climb up the one step from Cheeky’s room to the hallway. We are glad it is fine now. We still cannot make out its gender. We would love to adopt it ourselves but we cannot possibly look after another cat. We are going to take him to the vet this weekend to have it put up for adoption. Hopefully he will get a good home.