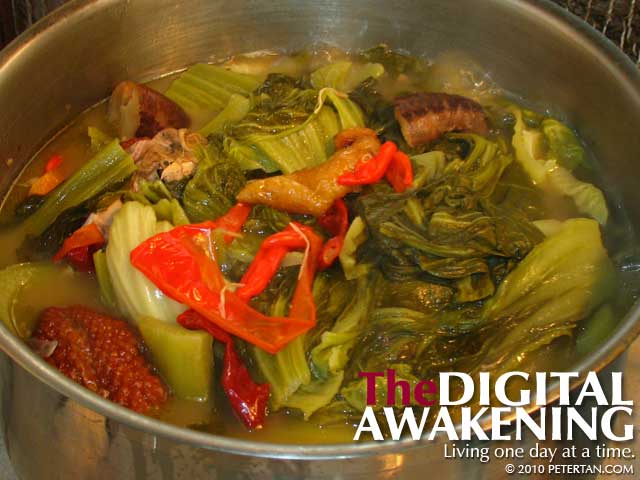 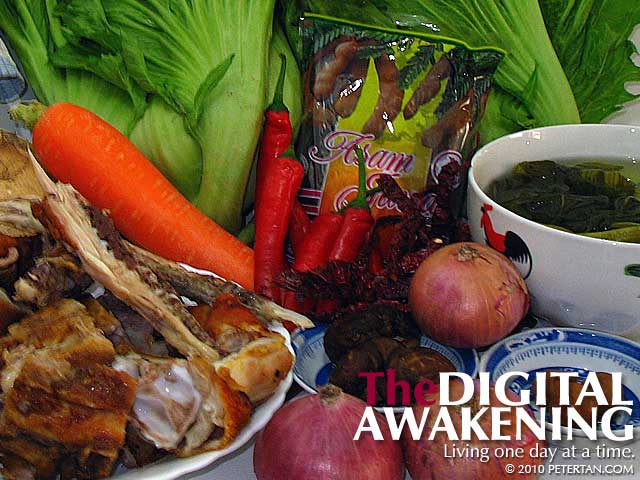 We were a long way from home. The roads were unfamiliar. Traffic was light, save for the occasional car or motorcycle that sputtered pass us. On the left, rows and rows of tall rubber trees stretched inwards as far as my eyes could see. A drab building, just by the road, its pillars exposed, broke the neat line that the trees made.

Dad parked the car by the grassy road shoulder, under the shadows of overhanging branches not far from the Tua Pek Kong shrine on the other side of the road. On the back seat beside me was a bamboo basket filled with a bundle of joss sticks, candles, several stacks of joss paper, fruits, kuehs, a bottle of Chinese wine, small red plastic cups, chrysanthemums and a glass jar. The glass jar was for the flowers.

As soon as I opened the door, the heat and odours of soil and rotting leaves rushed into the car. Mum reached in and took the basket. We quickly made our way across the road. The sparse clouds above did not provide much relief from the blistering sun. Dried vines entwined the barb wires that separated the hilly land within from the road and perhaps to keep cattle out as well.

We went through the gate where the fence ended and walked up the uneven laterite path. Slabs of grey granite headstones were neatly arranged in rows on our right, just like the rubber trees they were facing. The graves huddled the contour of the hill that was crowned by a tuft of green up in the distance.

Dad lead the way as we carefully made our way across the narrow paths between the headstones on one side and mounds of earth on the other. He instructed me not to step outside the invisible boundaries of the paths but did not say why. Dad stopped at a particular grave. He told me that is where my Ah Kong is buried. I have never met him before. He passed away before I was born.

From where I stood, I could see the entire landscape dominated by a sea of graves with their headstones arranged in rows like dominos. There were pockets of people busy clearing weeds from the mounds, sweeping the graves and praying. Mum began to take out the items from the basket and arranged them before the gravestone. I just stood by and watched.

That was like 35 years ago. I do not even know where my grandparents’ grave are now. What I remember most about the cemetary is that it is situated in Kubang Semang. That name has been ingrained in my mind since then because they were not words I heard often.

I miss going to the cemetary during Cheng Beng. These graves, they are the link to my ancestors, the link to my past. Being there gave me a sense of belonging to the clan even though I was too young to understand the significance of it then. Wherever my Ah Kong and Ah Mah are, I pray that everything is clear and bright for them now.