0635 (GMT +9): We had to wake up early today. Maejima-san was going to accompany us to Machida. We were warned that it could be cold. I had a simple breakfast of prunes, bread and Ensure, as usual. 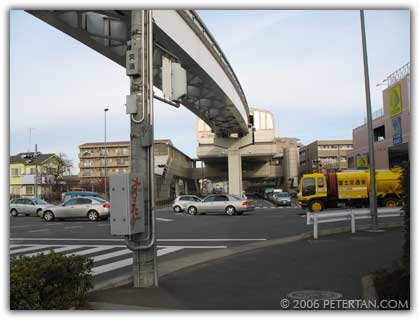 0830: The Sky train station is a stone’s throw away from the apartment. The wind was chilly. My hands were getting numb holding the camera.

0843: We boarded the monorail to Tachikawa-Minami. The snow-capped peak of Mount Fuji was visible in the distant. The blurred panorama outside the train was typical of most Japanse suburbs. The tallest buildings were no more than six storeys. Vegetable patches occasionally dotted the landscape.

0848: From the monorail station at Tachikawa-Minamai, we walked across to the Chuo Line Station. The 8-minute distance was all wheelchair accessible. It was a rather large and busy station. 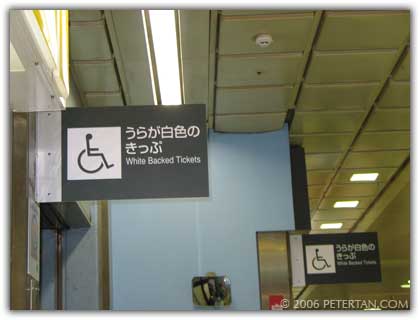 0921: We got off at the Hachioji Station to catch another train to Machida. It has been such a long time since I have rode in a “real” train. It must have been at least thirty years ago since Dad and Mum took me on a train from Butterworth to Ipoh. 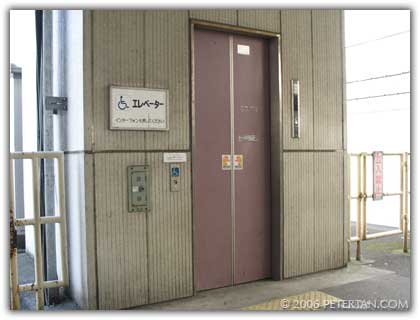 1011: The train finally reached Machida after a short delay. We got into a lift that appeared run down, one by one, to get to the upper floor. Tsutsumi-san was expecting us. She would be taking us on a tour of the Machida train and bus terminal, the topic for this field trip being City Plan and Design of Machida.

1048: After a briefing of the history of the Machida disability movement and how the city became one of the earliest and most accessible city in Japan, she lead us on a guided tour of the accessible facilities. 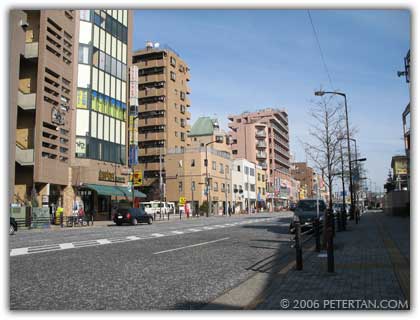 1137: It was a beautiful day for a walkabout. The sky was as blue as it could be. The sun was shining bright. The roads were clean. Cars were not parked haphazardly. The walkways and roads were properly laid. There were no potholes. Walkways were wheelchair accessible.

1152: Siew Chin and Kim, her personal assistant, checked into a hotel. Harry, Calvin and I were to stay at the Machida Human Network Experience Room. It had to be this way because the Experience Room could only accommodate three persons. 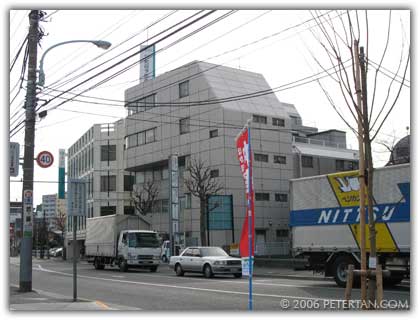 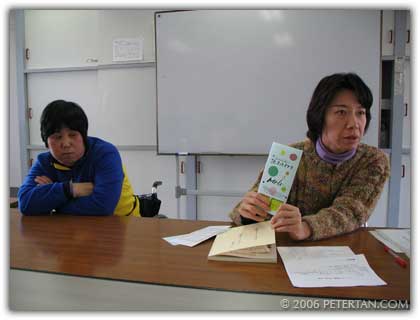 1621: The Structure of Peer Counseling was presented by Ms. Mariko Ikeda and Mr. Shuntaro Tanikawa. It was an enlightening session as both Ikeda-san and Shun-chan shared how they had used peer counselling effectively to overcome their fears and lack of confidence.

1753: Harry, Calvin and I moved our belongings into the Experience Room. It had two beds and some simple furnishings. We were to spend the night there.

1829: Machida Human Network hosted a welcoming party for us at the meeting room. There were pizza, sandwiches and Japanese finger food. We had a fun time introducing ourselves and chatted freely about a variety of subjects. 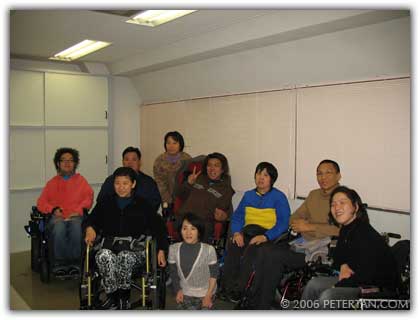 2022: The party ended with group photos taken. I requested for and was provided with a line to log in. It felt good to be using a regular line to surf. The patchy wireless connection at the Hino Experience Room was a pain to use. When the office closed for the night, I turned on the WiFi, got a strong signal and was a happy camper.