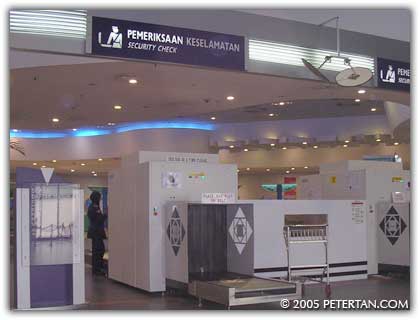 1320: I almost always travel with a heavy luggage although that is not a sensible way for a disabled man to travel. I have one backpack for all the essential items that I needed to use frequently along the way and one big duffel bag for everything else.

“Seorang kah?” the lady security officer at the luggage-scanning machine asked as she helped me put the duffel bag on the conveyor belt.

I smiled and told her that I was. She helped carry the bag and put it on my lap after it came out from the other end of the machine. 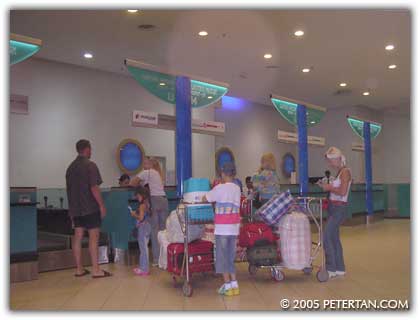 1323: I had pre-booked my seat and the relevant information regarding my needs was noted when I collected my ticket last week. Checking-in was a breeze. The duffel bad was tagged and sent on its way. A boarding pass was issued. I was to change wheelchairs at the boarding gate. 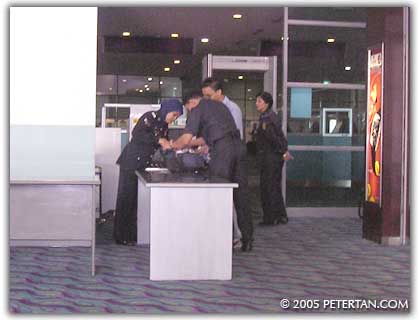 1332: At the security checkpoint to the Departure Hall where all hand-carried luggages were put through another scanning machine, something suspicious in my luggage turned up on the screen. The officer pointed to what appeared to look like an artillery shell and asked me what that was. I was not sure and asked her to unzip the backpack and check. It turned out to be the packet of preserved ginger that Wuan brought for me from KL that indeed looked like a shell from its side profile. 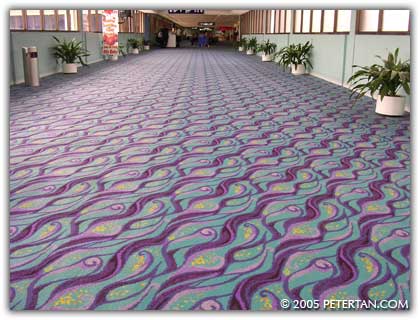 1338: Gate 7 was at the far end of the terminal. I had a difficult time pushing the wheelchair because of the carpet. I was later to discover that that friction of pushing had scraped a piece of skin off my little finger. I did not realise it at that time because I have no sensation in that part of my hand. 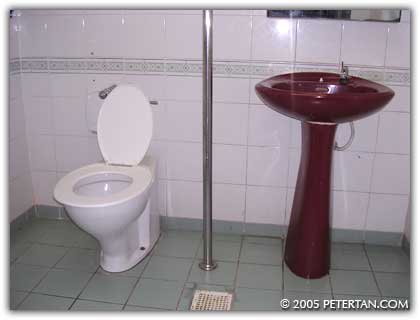 1342: After checking with the boarding counter the time for boarding and found that I had a bit of time left, I went looking for a toilet. The toilet was at the farthest end of the terminal. Again I pushed all the way there. This is the part of going out that I do not like. Looking for a toilet adapted for the disabled in a large complex is already a problem. Finding one that is clean and dry is another. Some are wet and dirty. The airport toilet for disabled was dry but not very clean and not well adapted for the disabled to use. 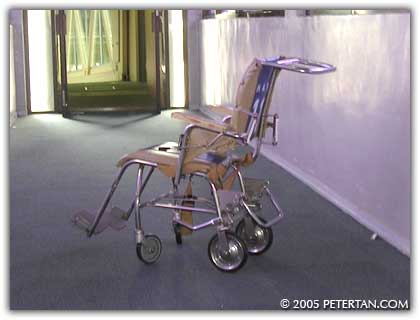 1352: An aisle chair was waiting at the boarding counter when I got back there. We are usually allowed to board the plane first and the last to leave as a matter of convenience for other passengers and ourselves. I changed chairs just before boarding the plane. The aisle chair is a tiny contraption on small wheels just large enough to fit into the aisles of the aircraft. It was also very uncomfortable to be on, even for that short distance into the aircraft. 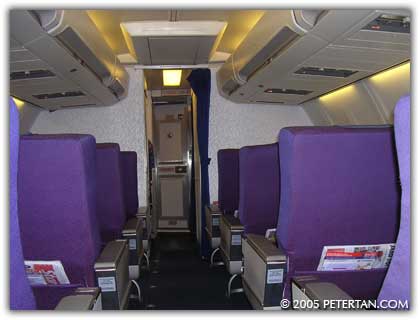 1358: The economy class seating of the plane is alphabetized A to F from left to right. My pre-booked seat was 5A, which was a window seat at the front row. Unfortunately, the armrest for the entire front row is fixed. The stewards said it was all right and I could switch seats. I had wanted the window seat to take some aerial shots. Next time I will remember to pre-book seats in Row 6 which had foldable armrests. 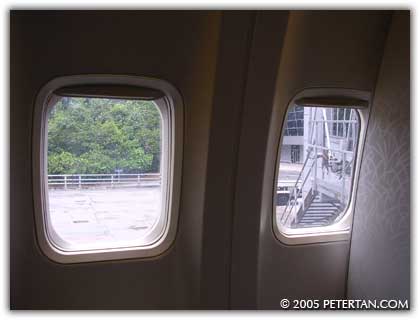 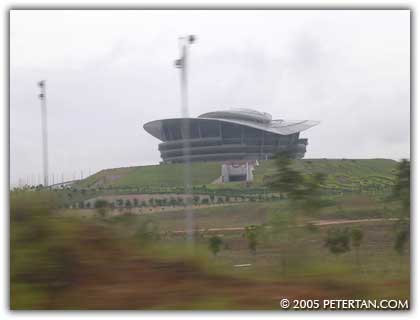 1347: I got a little nauseous in the train from all the swaying and rocking. We passed some interesting landmarks along the way but the photos did not come out nicely because of the speed the train was travelling at. 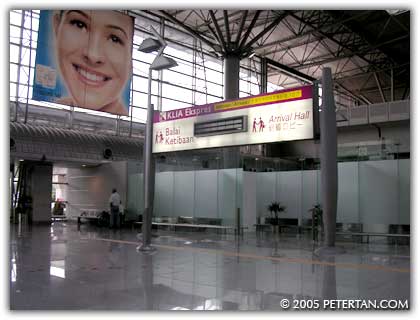 1620: When the train doors opened at Sentral Station, a staff of the KLIA Express helped me with the duffel bag and direction to the Arrival Hall. I went to Starbucks to get rehydrated while waiting for Wuan. I usually drink less when travelling to prevent from having to look for a toilet often.

So I made it to Kuala Lumpur unscathed. This was only possible with the tremendous help from the MAS and the KLIA Express crew who went out of their way to make my journey trouble-free. Terima kasih you guys for the exemplary service accorded to me. Syabas.