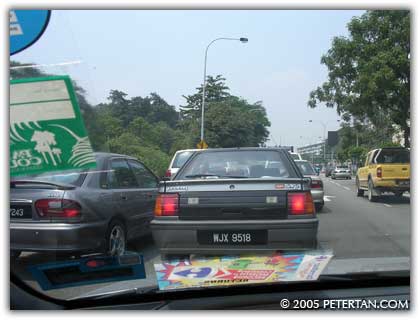 1335: At around 1245, I called William to tell him that we have not finished packing and to come pick Wuan and me up half an hour later instead of at 1300. When he arrived with Cynthia at the set time, we were still not ready yet, not until 1330. On the way to Sentral Station, we got stuck in a crawling traffic at Jalan Lapangan Terbang. 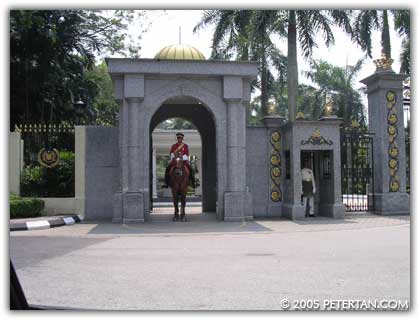 1339: What did we do when we knew we were already late for our flight? We indicated and William took the cue. He stopped at Istana Negara for us to snap pictures of the palace gate guards. He must have figured a few minutes would not make much of a difference. Wuan and I thought so too. We snapped away merrily, obviously oblivious to the fact that we were running late. 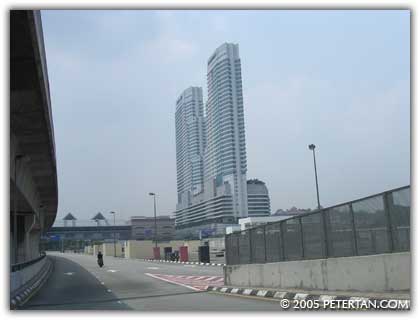 1341: It was a relief seeing the twin towers of the Meridien and Hilton at the Sentral Station looming before us. We were not going to be that late after all. We had another hour till check-in time. I calculated mentally that we needed 28 minutes for the KLIA Express ride to the airport. That left us with another 30 minutes to hang around at Sentral Station. 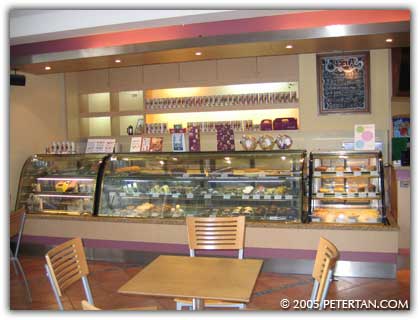 1358: I tried to check-in my luggage there but was told by the MAS counter there that I can only accept check-in two hours before departure. Feeling a little hungry, we decided to eat there first. William and Cynthia decided to join us for a fast meal at Strudels. I had Vanilla Frost which was nice but very expensive at RM10.80. The Apple Strudel that Wuan and I shared was delicious too. We suddenly realised that we had spent more time there than we had expected and made a rush for the KLIA Express ticket counter. 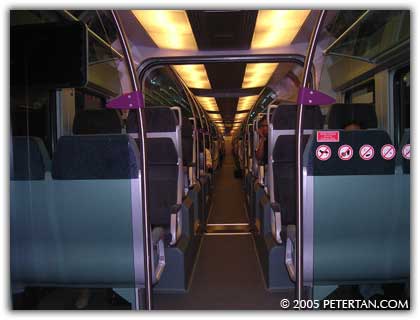 1418: We then made a mad rush for the train. We got there, breathless, and waited and waited for the train to move. It did not. We were in trouble. When the train finally left the station, it was announced that we would reach KLIA at ten to three. We were going to be late, just a tad. 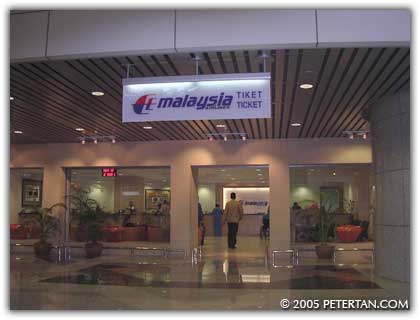 1520: Finally, the train pulled into KLIA. We hurried all the way to the check-in counter and showed our ticket. No go. Check-in had closed. We were to endorse our ticket at the MAS office for another flight back to Penang. The office was located at Level 3, the departure at level 5. We had a to pay a penalty of RM50 for missing our flight and got tickets for the next flight at 1700. 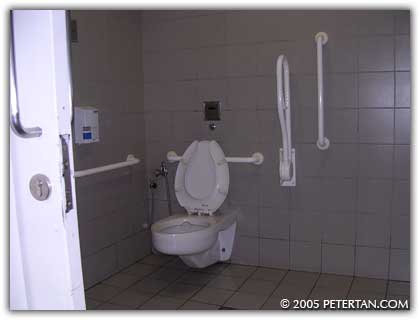 1559: Now we really had a lot of time to while away. We checked in my duffle bag and were told to look for counter E21 for assistance when we wanted to board the plane. I needed to use the toilet. It had been improved from the last time I used it but the door latch was difficult to lock and unlock. 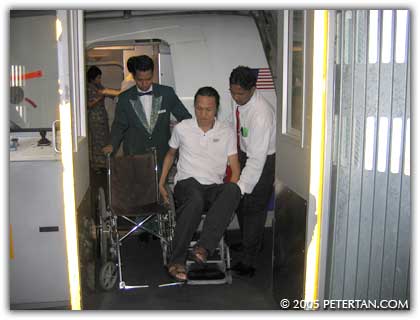 1629: Disabled passengers are the first to board and last to disembark. I was helped into the plane by the ground crew. I transferred onto the seat by myself under the watchful eyes of the ground and cabin crew who wanted to do more to help. However, I did not want too much assistance since I could do it by myself. 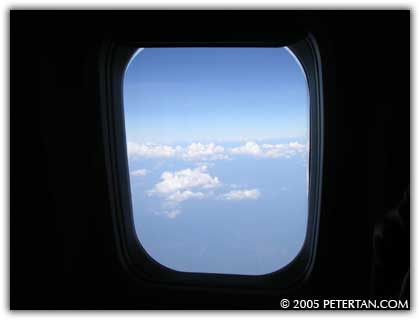 1729: The captain announced that we were 26,000 feet above sea level. There was nothing much to see except haze and clouds in the distance. It was disappointing to see the muddled landscape below and the lack of heavenly clouds where we were. 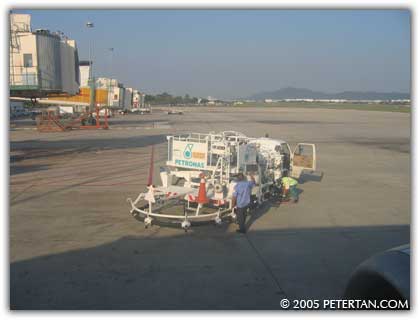 1746: It was a smooth touchdown. Home at last. The sight of the Penang Airport is always a very welcome picture. At the same time, I thought how long it would be when I would be on a plane going to Kuala Lumpur again. Penang may be home but there are not many things waiting for me here anymore. I already left my heart somewhere else.

13 thoughts on “The Journey Back”