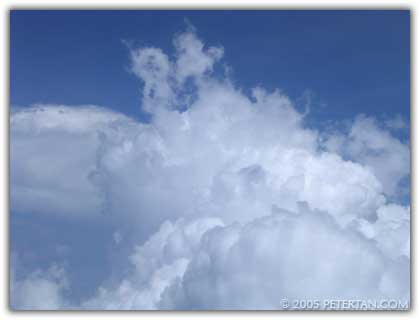 The phone rang. The melody was familiar. It was the anticipated phone call. Wuan was on the other end of the line. It was just after her lunch break.

“Her eyes are closed. She is not responding.”

I looked at that frail figure lying there, unmoving, her back towards me. Her condition had steadily deteriorated since Tuesday evening. Even with routine four hourly turning, the skin on her hip had hints of a bruise, the precursor to a pressure sore. All I could do was to massage the offending spot with some lotion to improve the blood circulation. That was what she had done for me the months that I was bedridden.

“Talk to her,” I told Wuan, hoping she could encourage her to find the strength to fight on.

She had trusted Wuan more than anyone else to care for me after her. Although she had never said it, I knew she was consoled by the fact that Wuan had proven time and again that she was capable of loving me unconditionally as she had. What Wuan had done for her the week that she was here strengthened her conviction. And now Wuan was the best person to instil that spirit in her.

I held the phone to her ear. I knew for sure she could hear. Never mind that she could no longer reciprocate with a respond. I have been whispering to her throughout the day. Although the situation seemed increasingly bleak, I was hoping against hope that through some miracle, she could muster that strength that had always seen her through the direst of situations to wake up from that stupor.

Jenny had told me it was time to let her go. She had already looked after me for so long. It was time to let her go peacefully. She advised me not cling on to her because it would make it even more difficult for her to leave. I had accepted her words, although with some hesitation initially. Still what she said made sense. She is one of those few I trusted unequivocally. After all, she was the physiotherapist who played a major part in my rehabilitation.

“Ma, don?t worry for me. I know how to take care of myself. You are free now. Do what you have to do.”

I wished those were the sincerest words from my heart but they were not. Each time I whispered those into her ear, I had hoped I could tell her otherwise, tell her to be strong and fight on because I believe she had that ability within her to overcome that most difficult period of her life. There were still so many dreams she had for me that I had yet to fulfil. Two more years, two more years were all I need to make some of those a reality. Deep inside, I was screaming for two more years from her and I wished she could hear and allow me that extra time to make her proud.

After what I thought was enough time for Wuan to exhaust all the words of encouragement she could think of, I held the phone back to my ear again.

“What did you tell her?”

I knew she always have a profound view of life. I knew without a doubt that whatever she had said those few minutes were more than I could ever thought of. Still, I was curious.

“I told her I will be going this weekend.” There was tiredness in her voice. “I told her if she could, to wait for me. But if she is suffering too much it is all right to let go. I will look after you. I asked her to please not worry.” I listened in silence, choked with emotions and trying hard to hold back my tears.