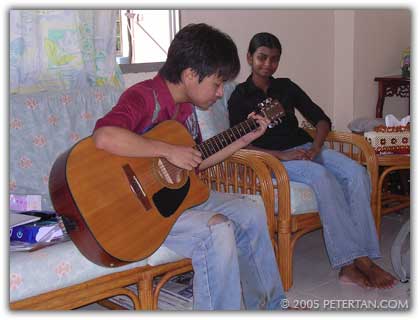 It totally slipped my mind that David would be coming to Penang today. When the phone rang at 8.54am and a chirpy voice at the other greeted me with a “Hello” I thought it was a phone call that I have been expecting. It was David instead and he said he wanted to come over in thirty minutes. He was here on a day trip for a friend’s convocation at USM. We have met twice before at both the bloggers meet in Kuala Lumpur. 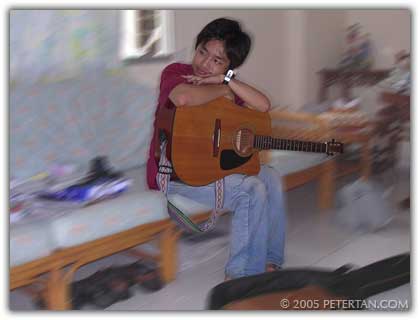 He was punctual, something about that being drummed into him by his mother when he was in school many years ago. David is a linguist. I do not know exactly what that is but from what he described, it sounded like a pretty interesting vocation. He came with Annette who is a blogger too. Surprise, surprise! And the most interesting thing was that he came by train and had lugged his guitar and SLR camera all the way from Kuala Lumpur. 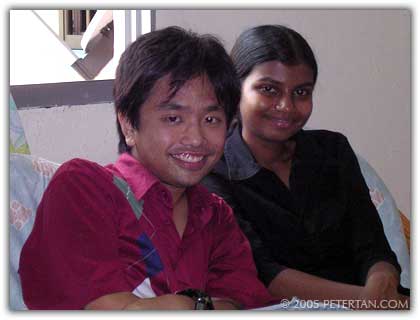 As soon as both of them settled down, David took out his guitar and started playing. I gawked in awe as his fingers glided across the struts as if they were part of him. Having played guitar for period of fours years a long time ago, that was the first time I saw up close how tunes were coaxed out the wooden box and steel wires in ways I never thought possible. 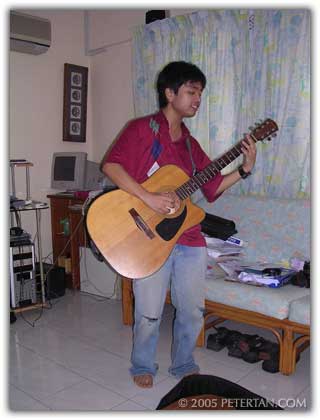 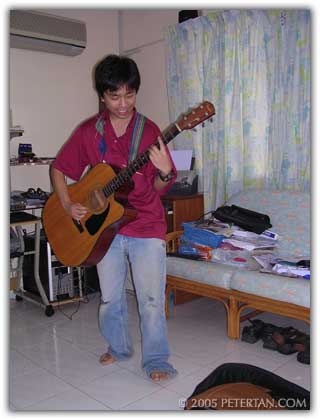 It was a privilege to watch him play at such close distance. I was sure Annette was mighty impressed too, although I believe she has witnessed such impressive guitar play by David many times before. When David took a breather from all that plucking, we chatted a while about blogging, life and things of interest. Before they left, David played a few more songs, among others, Bring On The Good Times, the name he has adopted for his blog. It was good meeting him again. I hope to be able to watch him play like that again soon.