What can a bloggers meet, breasts and banana smoothies have in common? A lot apparently if one is in the company of two pre-middle-aged women whose laughter could be heard above the cacophony of a food court full of hungry shoppers and another young woman whose bundle of energy could outlast the Energizer Bunny any day.

It was the bloggers meet initiated by Dee at Coffee Bean, Suria KLCC. Wuan and I were ninety minutes late. As soon as we got in I recognised Dee from her unmistakeable short hair. Desmo and Edrei were already there. CHiQ arrived a short while later.

Jomel and I had arranged to meet for lunch. She arrived a short while later too and she brought me presents for my trip to Japan – woolen cap and scarf. Thank you JoMel!!! Those definitely will come in useful. I thought it would be a good idea to see if SK was around the premises since he works there too. He was, and joined us. We chatted for while and decided to adjourn to the Signatures Food Court for lunch. Desmo and SK had to leave.

It all began with CHiQ talking about saggy breasts. Before long, Dee and JoMel chipped in by explaining how, in kampungs, such mammaries could be flipped over the shoulder to feed the child the woman was carrying on her back. My image of women and their breasts was forever shattered by the gross description by CHiQ, Dee and JoMel. Fortunately for Edrei, he was away buying lunch. Thank you you three, for permanently erasing the words perk, firm and voluptuous from my vocabulary. I shall not elaborate more. Here is the meet in photos: 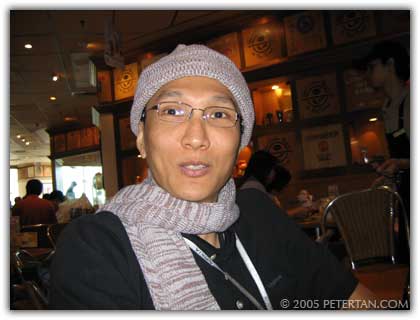 Presents from JoMel for my Tokyo trip – a cap and scarf. 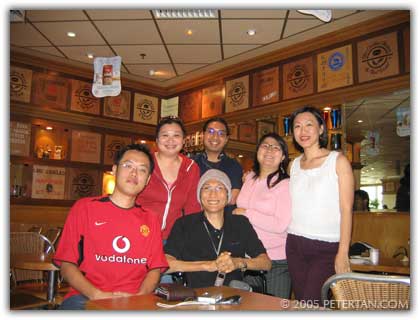 Group photo before we adjourned for lunch. 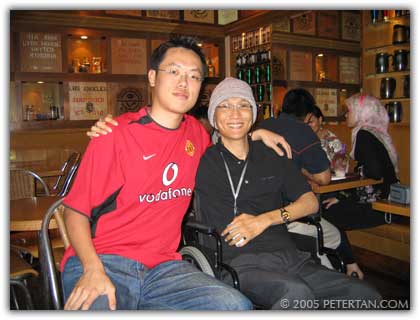 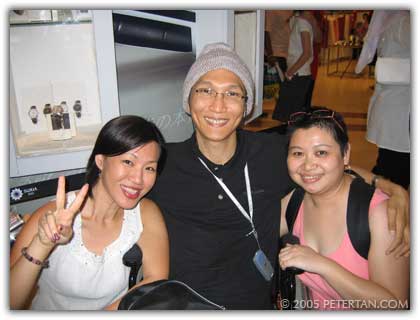 Thorn among roses – JoMel, me and Dee. 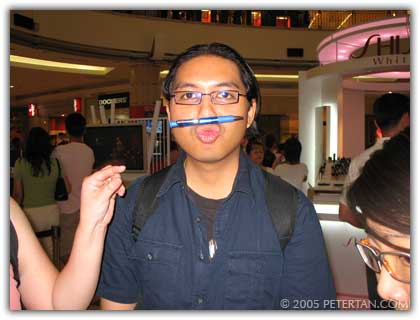 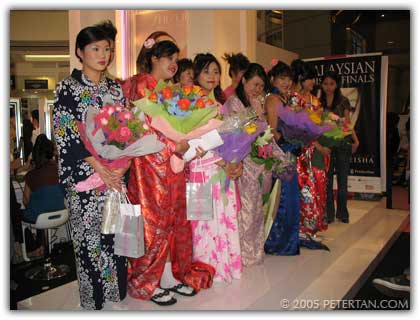 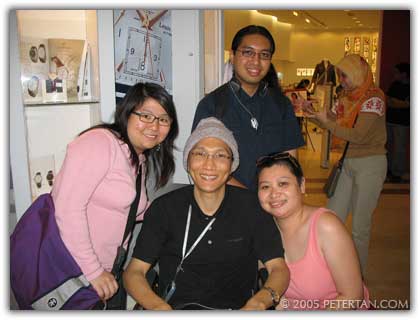 Another group photo – CHiQ, me, Edrei and Dee.