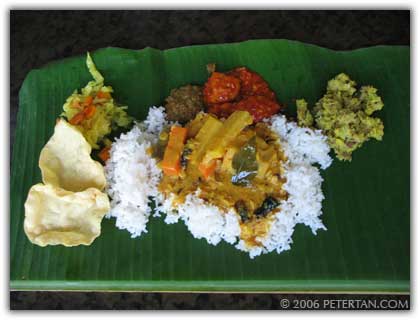 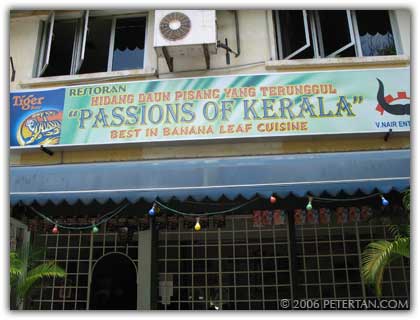 True to his words, Bryan spent his entire day with Reallybites and me traipsing half of the island from Sungai Ara to Tanjung Tokong yesterday. Our lunch at Passions of Kerala at Brown Garden, Gelugor was as filling as it was delicious. I am fond of banana leaf rice and this is an occasional indulgence. Of the many such restaurants that I have patronised, Passions of Kerala still serve the best banana leaf rice anywhere. 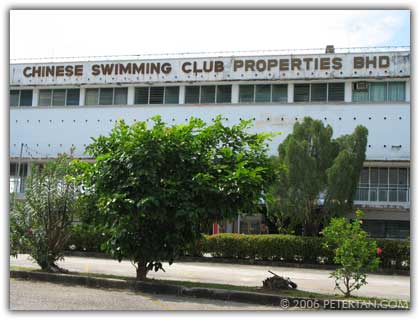 Among the places we visited were the Taman Perbandaran (Youth Park) and the beach beside Naza Hotel at Tanjung Tokong. Silently, I was excited to be so close to the sea again. It has been a while. On the way out to the main road, we stoped by the Chinese Swimming Club. That building marked major milestones in my life. That building never failed to invoke sadness in me. That was where I first learnt to swim. That was where I last swam. That was where I broke my neck. Reallybites asked when I was there last. That was the first in twenty two years. 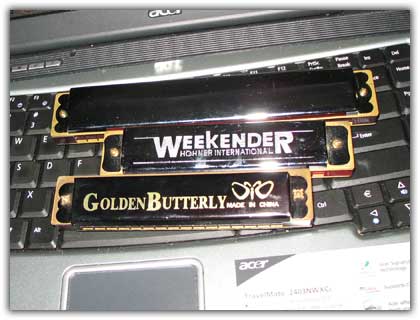 That aside, we went window shopping at Gurney Plaza. I got myself another harmonica at a newly opened music store there. This has a wider range of notes compared to the other two that I currently own. The best thing is that I got a RM2 discount off the regular price of RM12. This is much cheaper than the Hohner that I got at Mid Valley. I regretted buying that piece. The sound was not as good as I had expected from this highly-touted brand.

I was a happy man. Never mind that just a few days ago I was extremely down and inconsolable. Never mind that the new drink at The Coffee Bean, called the Lemon Zest, was too sweet to my liking and one that I will never order again for its unpalatable taste. I found the harmonica that I have been looking for. That made up for all the bad days that I went through recently. Of course, I was also grateful for the company of two kids who gave up the time that they could have spent napping to keep me company. What more can I ask for? Not forgetting all who had left encouraging words the last few days, thank you for being there.

And who did we meet at Gurney Plaza? Another fellow blogger and ex-schoolmate Eugene who writes at Limitations & Latitudes. Looks like it is difficult not to bump into another blogger whenever I am out lately. Very often, too, I have blog readers coming up to me and introduce themselves at hotels, restaurants, shopping complexes and even in church. Blogging has given me more than I had bargained for. It has opened up a whole new world of possibilities for me. That is a story worthy of an entry by itself. The next entry perhaps.

8 thoughts on “Day Out With The Kids”