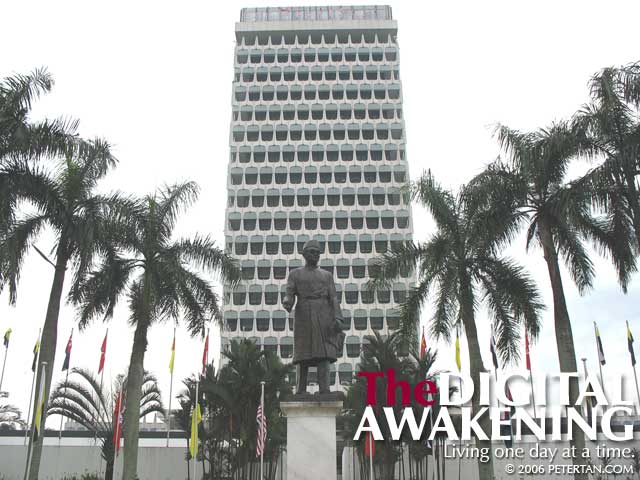 The Parliament Building. In the foreground is the statue of Tunku Abdul Rahman.
Photo by Wuan. 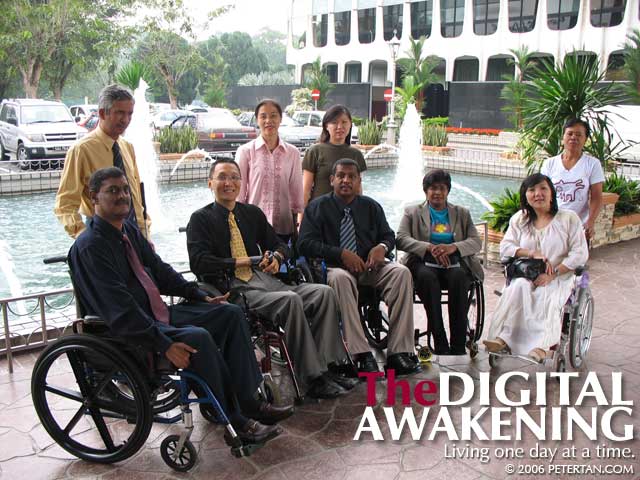 BEAT members outside the Parliament Building.

The hour-long meeting was a fruitful one as we exchanged ideas with BEAT stating our stand on accessible public transport and Dr. Ng advising us on how we should pursue the matter. At the same time, we were also able to briefly meet Deputy Transport Minister Tengku Azlan Sultan Abu Bakar who agreed to meet us again to look into our grievances. 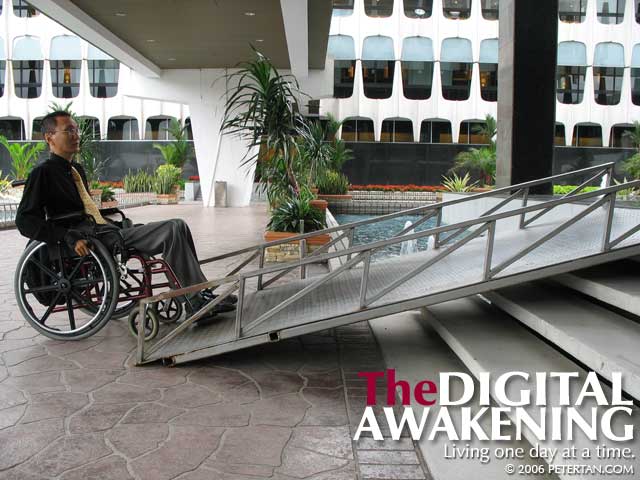 The steep ramp into the lift lobby next to the Main Building of the Parliament.
Photo by Wuan.

After the meeting concluded, Senator Lee Sing Chooi invited us into the Dewan Negara to witness the proceedings. It was an honour and privilege to be in the Senate and amongst the esteemed Senators present. The most recognisable face in the room was acclaimed actor and film director Datuk Jins Samsudin who is a member of the Senate. 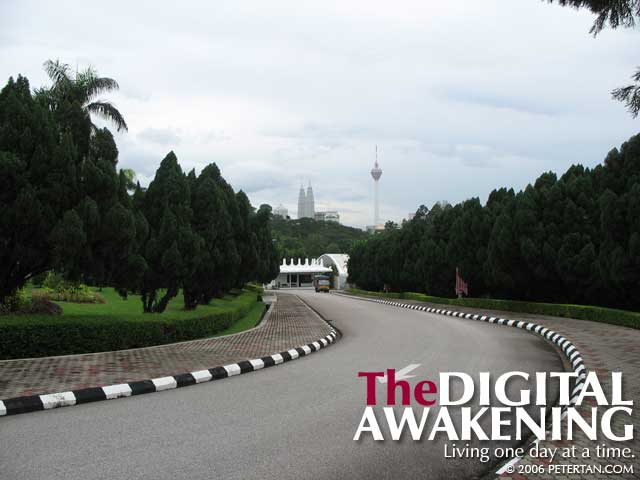 The security checkpoint. View from inside the Parliament Building compound.
Photo by Wuan.

When the Senate adjourned for lunch break, YB Chew Mei Fun, Parliamentary Secretary to the Women’s, Family and Community Development Ministry invited us for lunch at the Parliament House cafeteria. It was a pity that we were not allowed to take our cameras into the building. It would have been an even more memorable event if we could record the event in images. 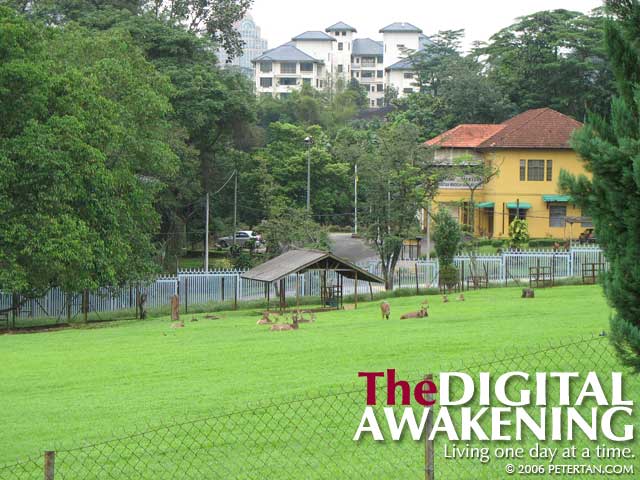 The Deer Park next to the Parliament Building compound.
Photo by Wuan.

It is also ironic the Parliament that passed the Uniform Building By-Law 34A (UBBL 34A) did not see it fit to lead by example by making access into the building suitable for wheelchair users. The ramp into the lift lobby was way too steep and definitely did not follow the Malaysian standards stipulated for such facilities.

6 thoughts on “Wheeling Around The Corridors of Power”