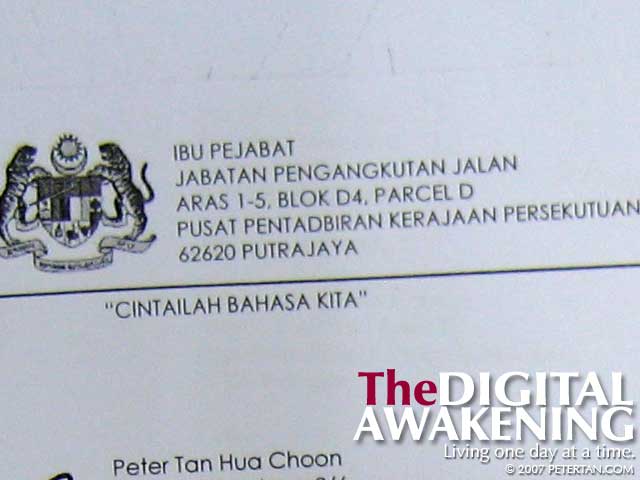 The letter that I had been waiting for since end-December finally arrived last week. Unfortunately, it herald unsavoury news. My appeal to the Jabatan Pengangkutan Jalan to allow me to renew my driving license that expired in 1996 was rejected. I was not even given the exemption from taking Bahagian I which encompasses the Ujian Undang-undang and Sijil Kursus Teori dan Amali. 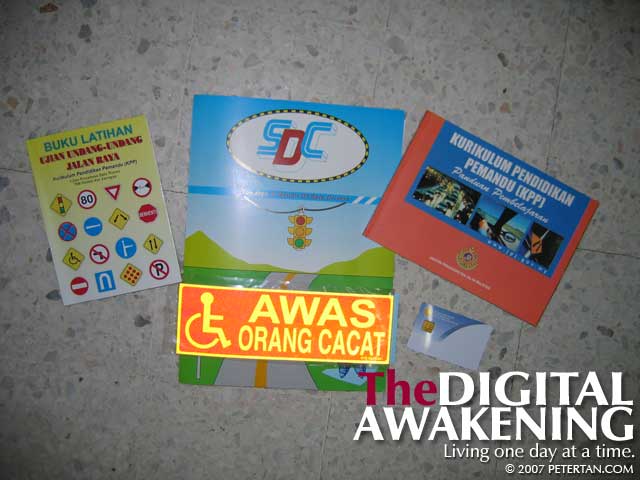 Last Sunday, Wuan took me to Safety Driving Centre in Petaling Jaya to register for the driving course. The entire course cost RM890 but I was given a 30% discount. Before anything else, I needed to attend five hours of Kurikulum Pendidikan Pemandu. It was fixed for today. I had expected it to be a boring five hours but I was far from wrong. It turned out the lecturer who introduced himself as Cikgu Ali kept us entertained and educated throughout the entire course. His memorable line was “Cikgu bukan marah, cuma beri nasihat.” Most of the time, he kept us in stitches with his jokes. 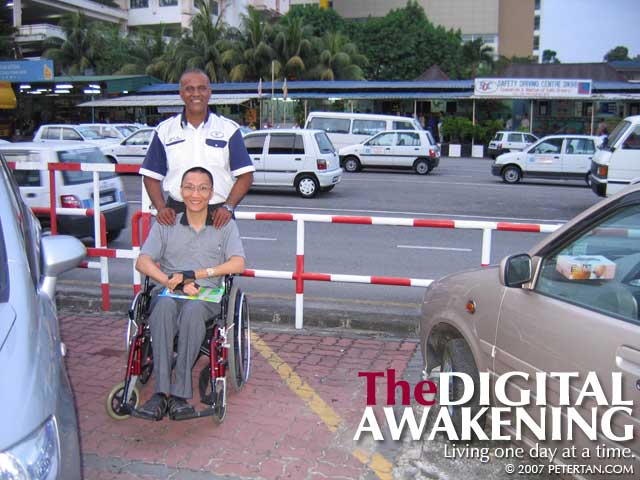 Cikgu Ali and I.
Photo by Wuan.

As Wuan will be busy with work and with the Chinese New Year just around the corner, I have registered to take the Ujian Undang-Undang Berkomputer secara online at the end of this month. I am in no hurry to sit for the test too as I have not read the two manuals provided yet – Kurikulum Pendidikan Pemandu and Buku Latihan Undang-undang Jalan Raya. At the same time, I still find it difficult to believe that I have to go through all this again.

4 thoughts on “Smoothening The Unexpected Kinks”