After two days of trying to get a good shot, I finally managed to take several decent images of one of the non-step buses with its ramp deployed. When picking up or dropping off passengers in wheelchairs, the height of the bus is lowered. The entrance/exit side is then “kneeled” to match the height of the kerb and the ramp is deployed. A wheelchair user can then get into the bus with little effort.

We arrived at KINTEX early again. With time in hand, I decided to explore the vast ground outside the complex. When I say vast, it really is. I was also pleasantly surprised by the abundance of accessible parking at the car park. I was in for another pleasant surprise when I caught sight of Ai-Chan getting off one of the shuttle buses. She was scheduled to speak in one of the workshops on that day.

The day passed quickly as I attended one workshop to another. In between, that, I managed to squeeze some time to visit a few of the activities organised on the sidelines to keep delegates entertained while they are not attending any of the workshops. There were clowns sculpting balloons, caricature artists and day tours to the DMZ and other places of interests around Seoul.

I was also one of the speakers at the Summit on IL in Asia-Pacific presenting the development of the Independent Living Movement in Malaysia similar to the presentation I did the day before. My fellow speakers were Udomchok Churut from Thailand, Muhammad Shafiq-ur-Rehman from Pakistan, Abner Manlapaz from the Philippines and Ko Kwan-Chul from Korea.

Although I have conducted trainings and spoke in many seminars on Independent Living, I was as nervous as a long-tailed cat in a room full of rocking chairs. Before me were my peers who have experience working in the movement for decades. Compared to them, the two years of my involvement made me feel like a kid on his first day of school. I am grateful for Shoji Nakanishi for giving me the opportunity to address such an esteemed audience.

The last event was a cake cutting ceremony to celebrate the successful conclusion of the Summit where all delegates grouped together before the stage as a sing of solidarity. Sitting there on the stage watching camera flashes going off in all direction and the seeming chaotic celebration of so many disabled persons gave me a sense of hope that we can accomplish great things if we put our hearts to it. 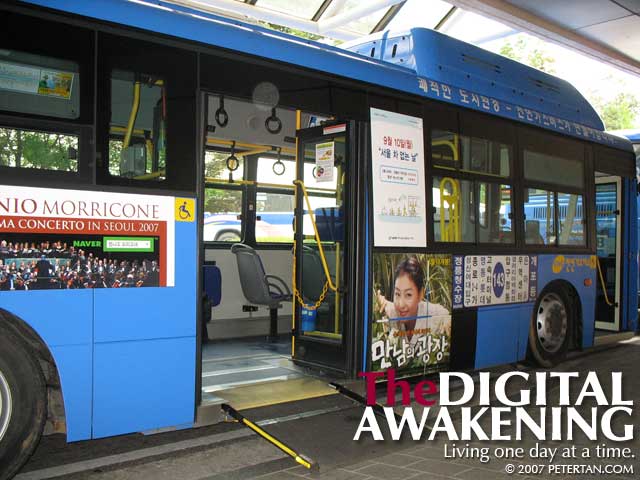 Non-step bus with the ramp deployed. 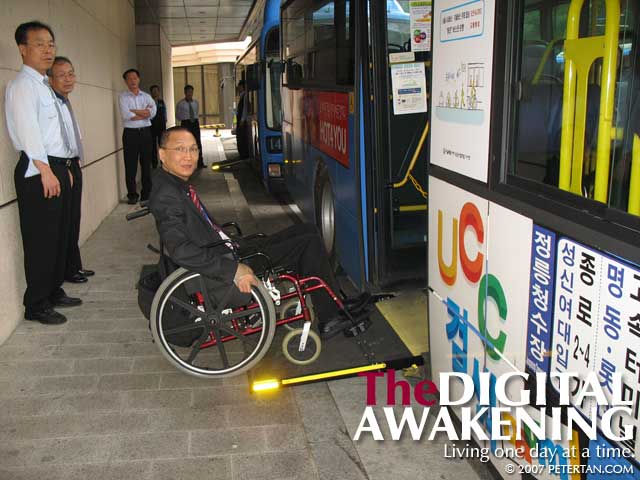 Boarding the non-step bus in my wheelchair. 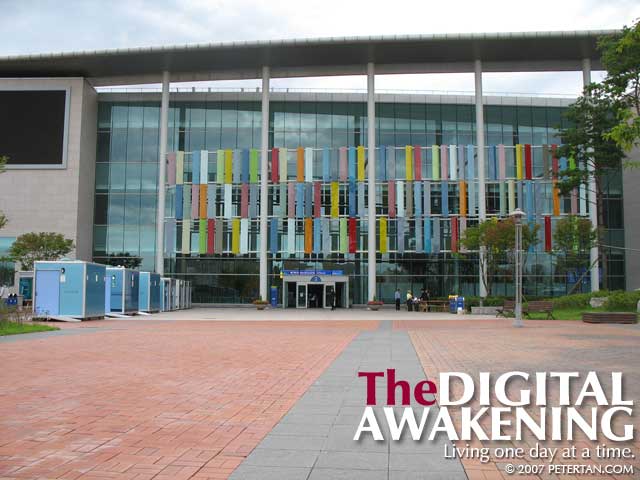 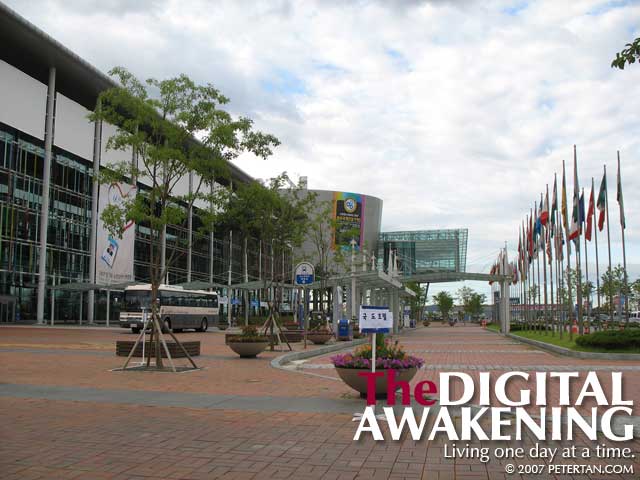 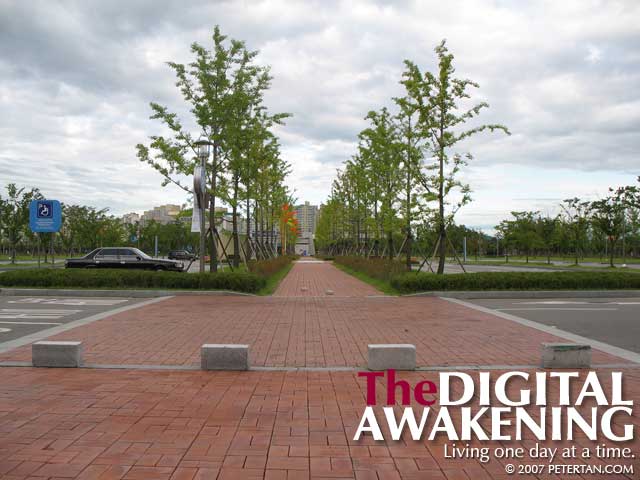 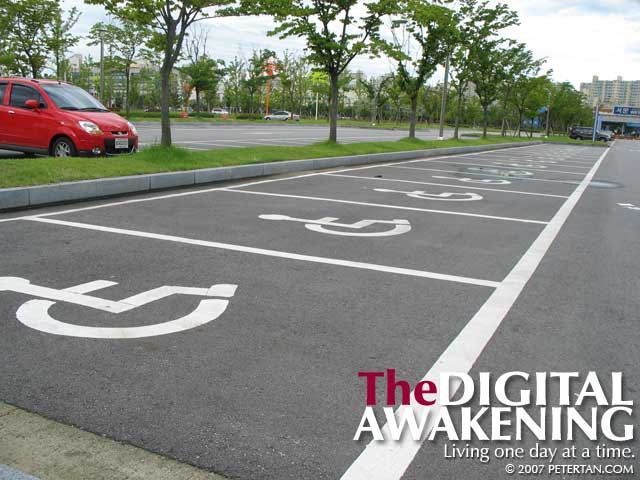 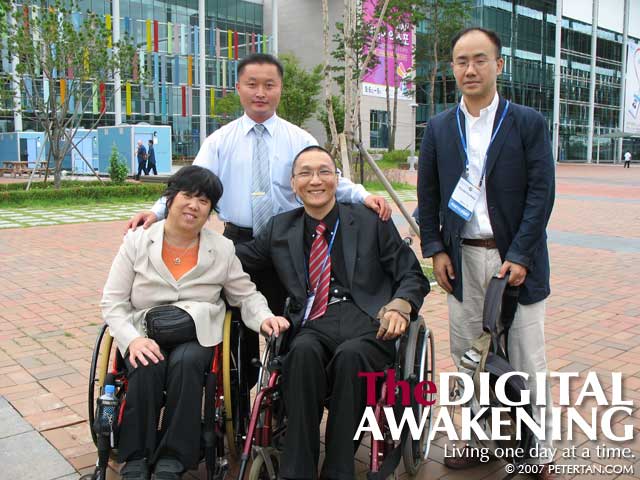 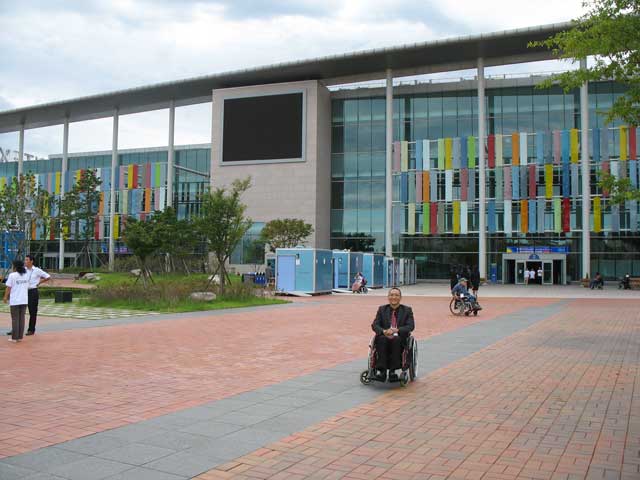 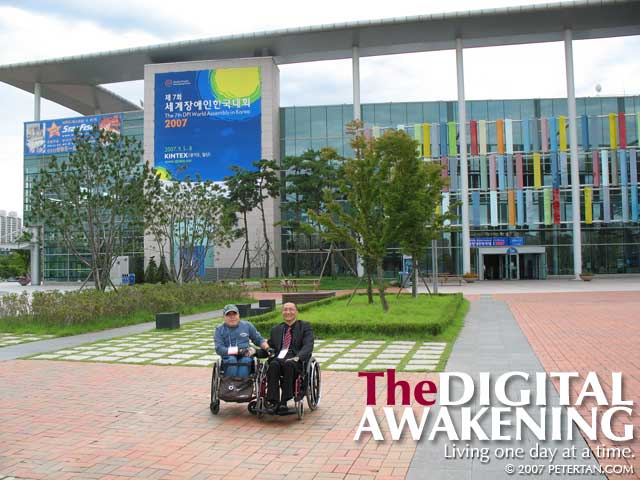 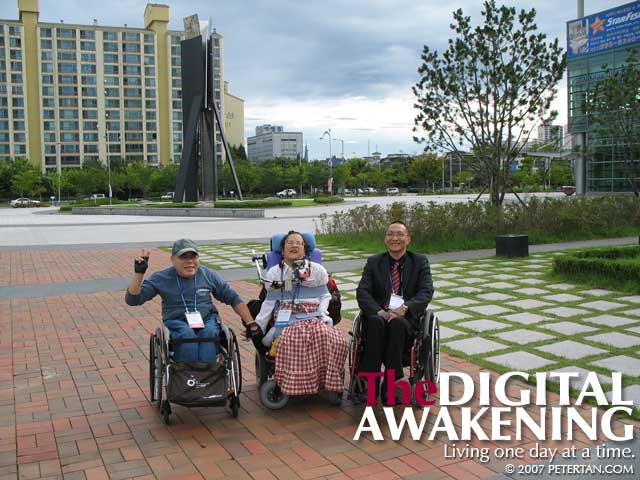 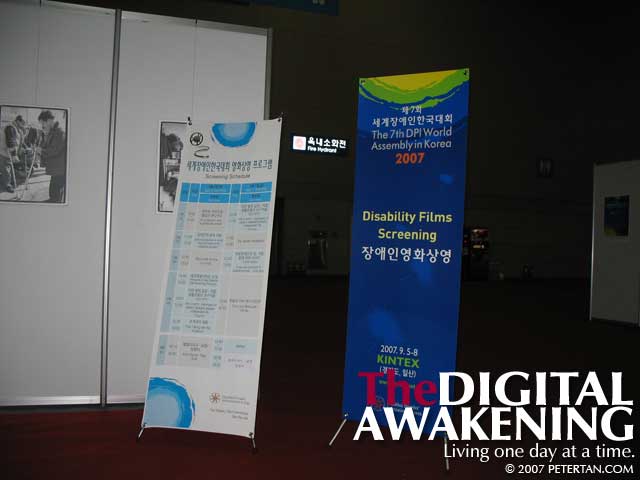 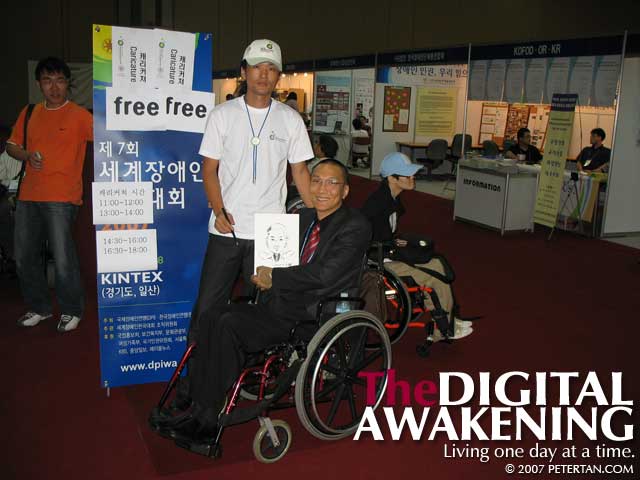 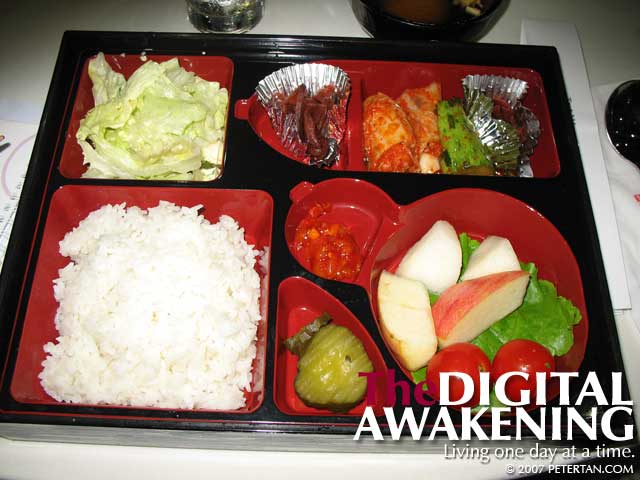 What I had for lunch everyday – low-protein meal Korean-style. 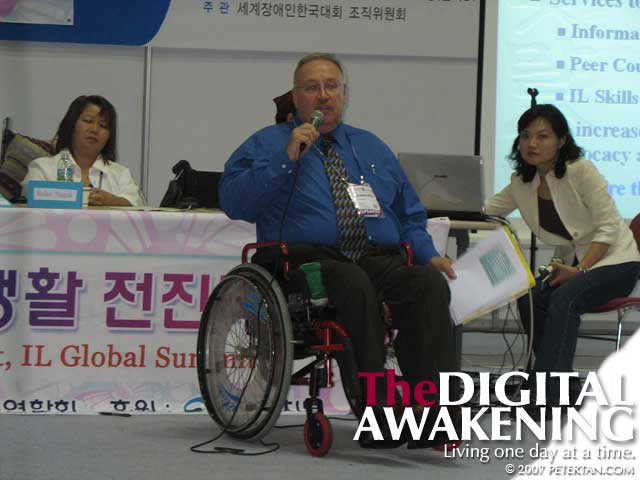 Dr. Glen White giving a presentation on the management of Independent Living Centres. 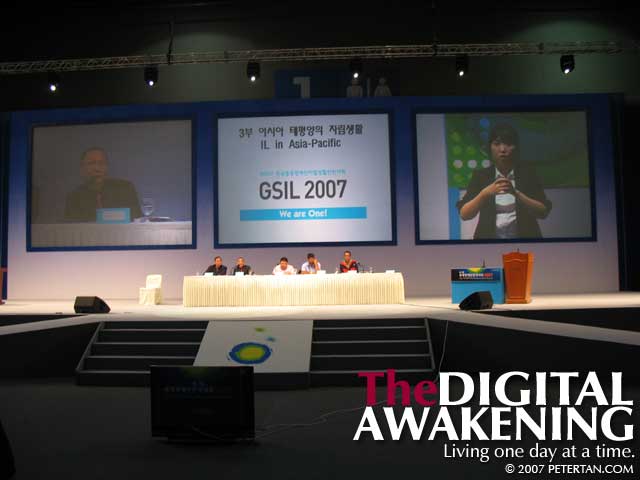 Speaking at the Global Summit on Independent Living. 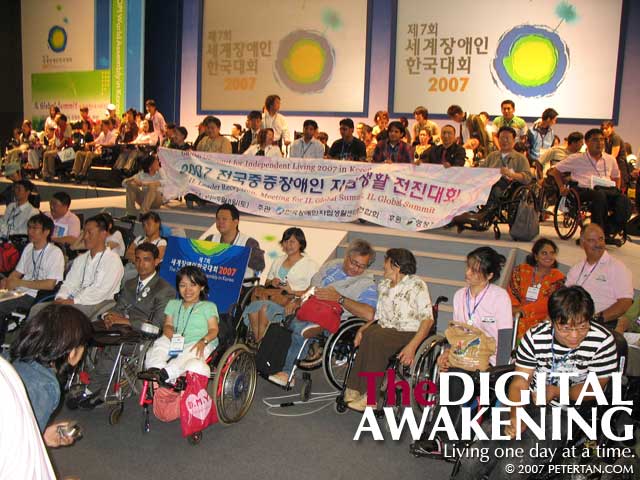 Celebrating the conclusion of a successful Global Summit on Independent Living.