We reached the hotel at about 4.00pm. As it was still early, Peter wanted to attend mass at the Myong Dong Cathedral. After checking with the concierge, we took the shuttle bus to Westin Chosun Hotel in downtown Seoul where we could then make our way to the Cathedral by foot.

In downtown Seoul, the traffic is fast and furious. One cannot simply walk across the road. There are no pedestrian crossings. There were underground crossings in all directions for that purpose. Each of the major entrances were equipped with stair lifts. We had to get the assistance of some friendly Seoulites to page for the attendant to engage the lift. These underground crossings are brightly lit and are lined with shops.

We had to weave our way through crowded streets of shoppers and roadside stalls selling everything from cuttlefish snacks to apparels to souvenirs. Myong Dong Cathedral was situated on a hillock. The effort getting up there was worth it as it gave us a good view of the surrounding areas. Having made our way up, we rested a while waiting for Mass to conclude and attend the next one. The main facade of the Cathedral was under renovation.

The interior of the Cathedral totally blew me away. The sight was simply awesome. There was even a huge pipe organ inside. Mass was conducted in Korean. Although the structure of Mass was slightly different from those in Malaysia, we could follow it without difficulty.

After Mass, we mad our way downhill and wandered around the streets taking in the sight, sounds and smell of Myong Dong. This area was full of street vendors, shops selling anything and everything, restaurant of all kinds and was packed to the brim with shoppers even at around 11.00am. 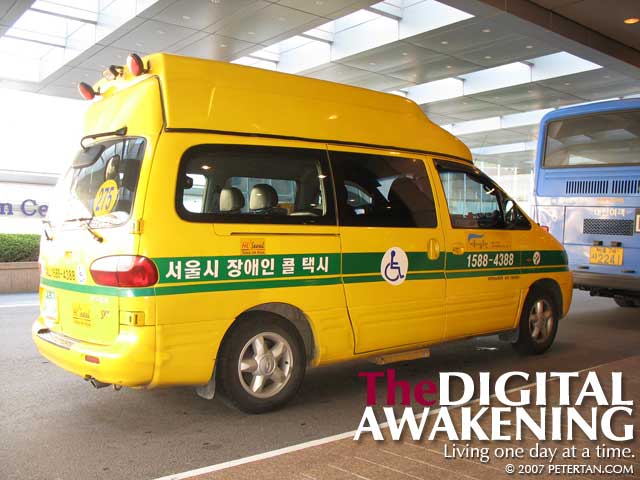 Accessible taxi that charges half the fare of ordinary taxis in Seoul. Such taxis are
equipped with lifts and can accommodate one wheelchair. 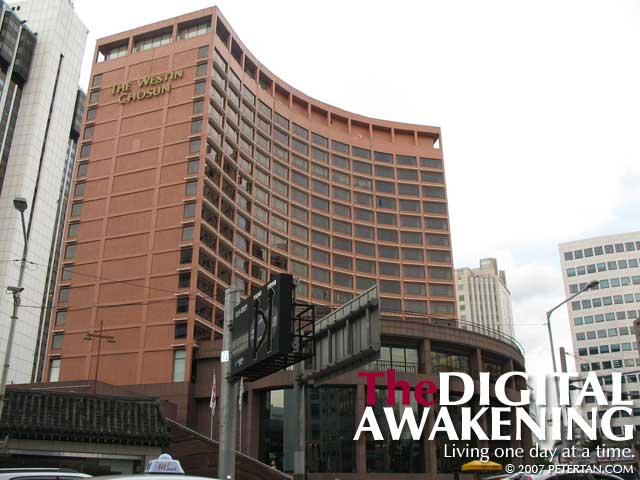 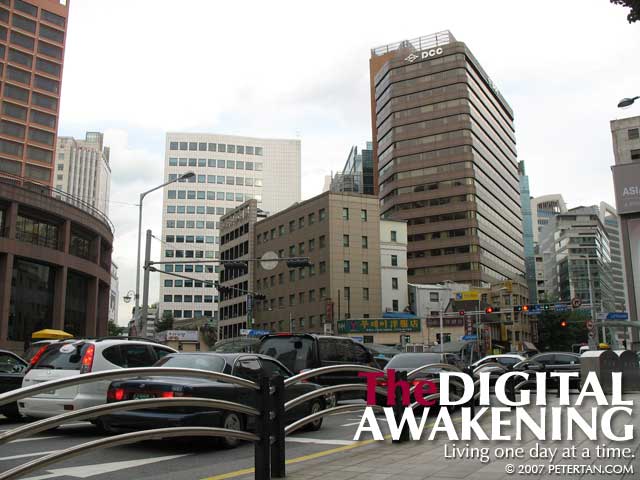 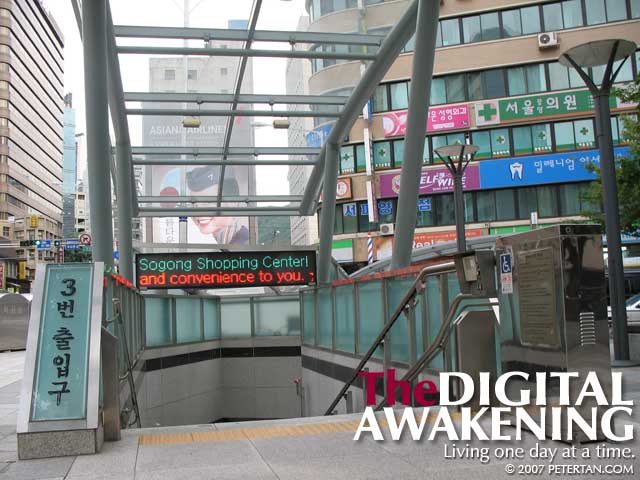 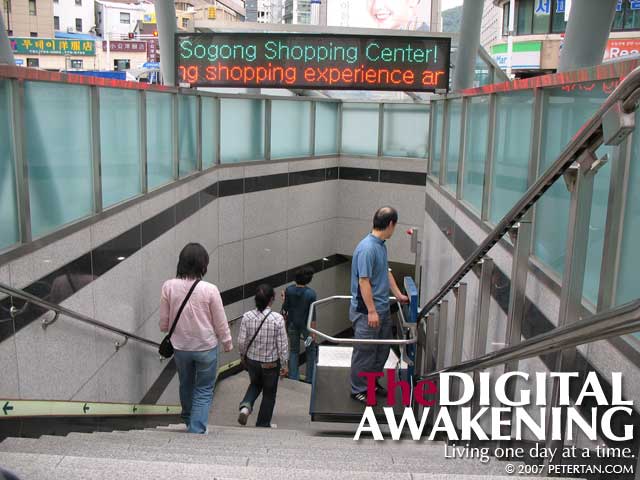 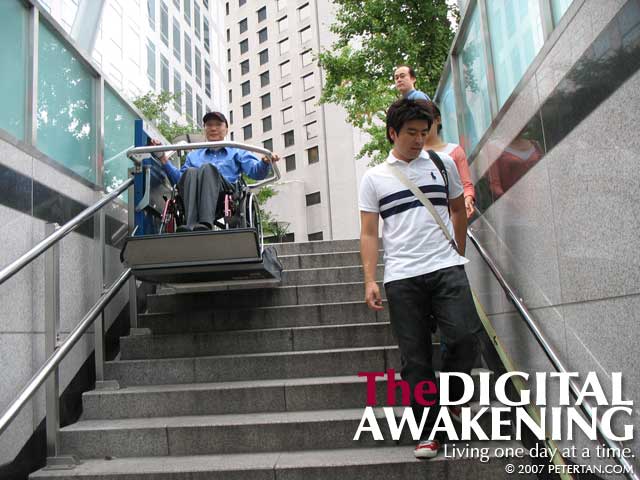 Going down the underground pedestrian crossing on a stair lift. 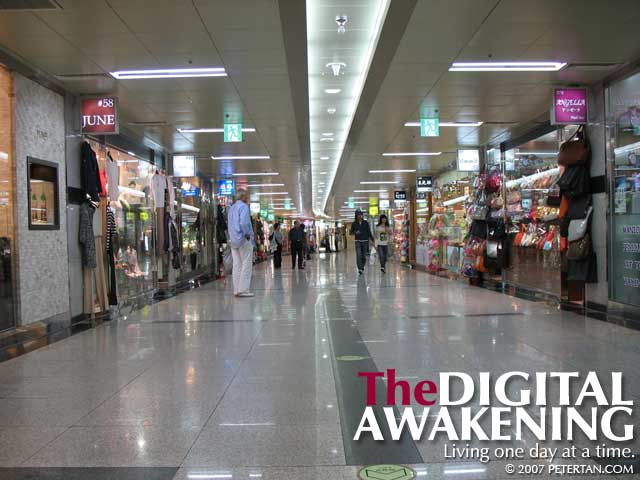 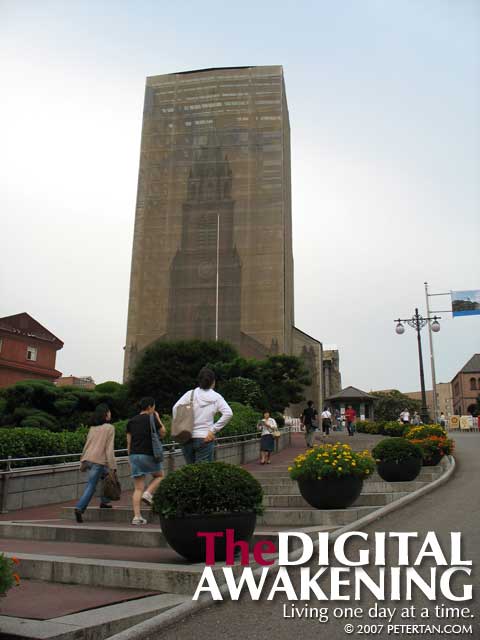 Myong Dong Cathedral – the main facade was under renovation. 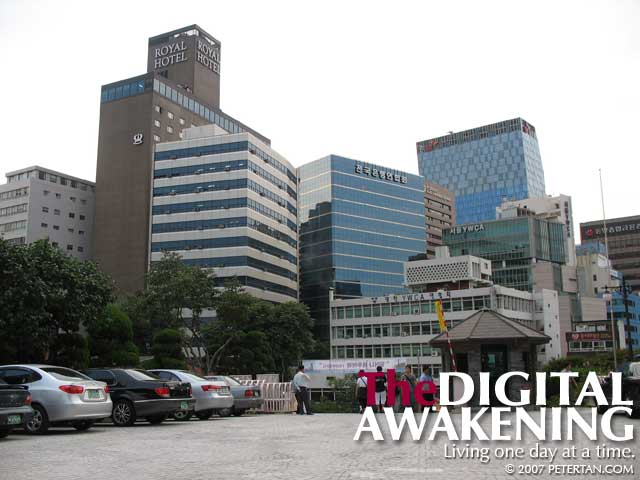 View from the Myong Dong Cathedral. 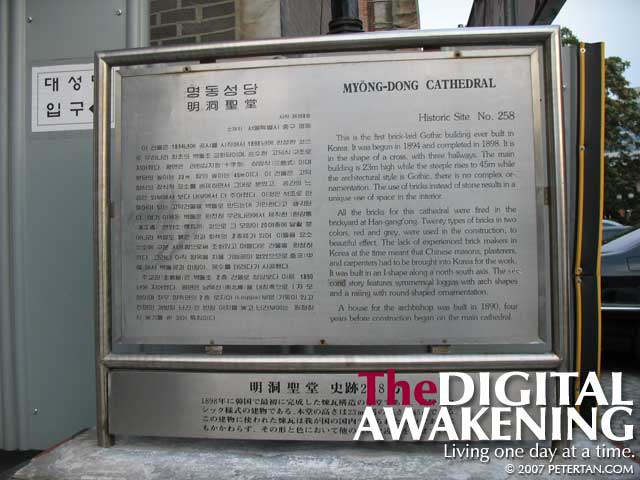 Information board on the history of the Myong Dong Cathedral. 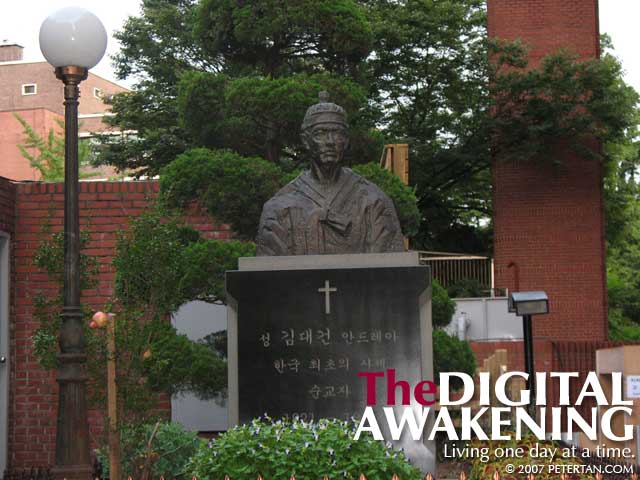 Bust at the Myong Dong Cathedral. 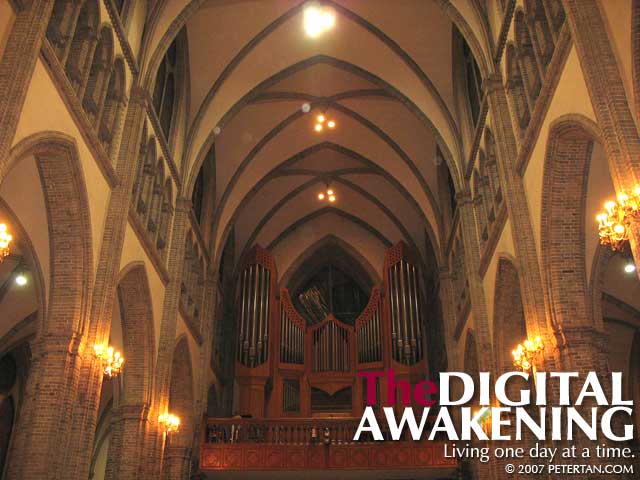 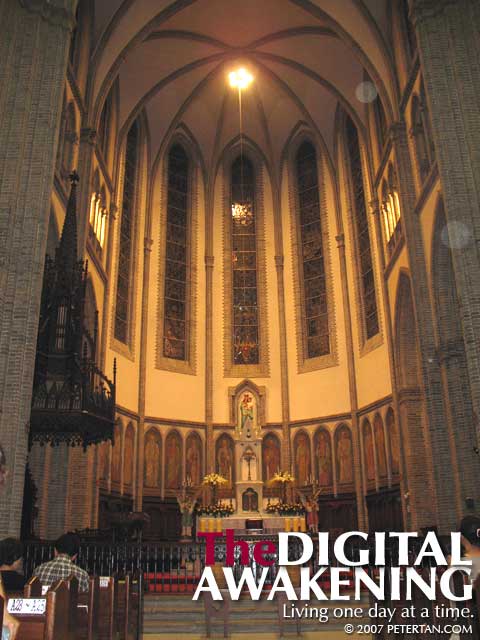 Altar of the Myong Dong Cathedral. 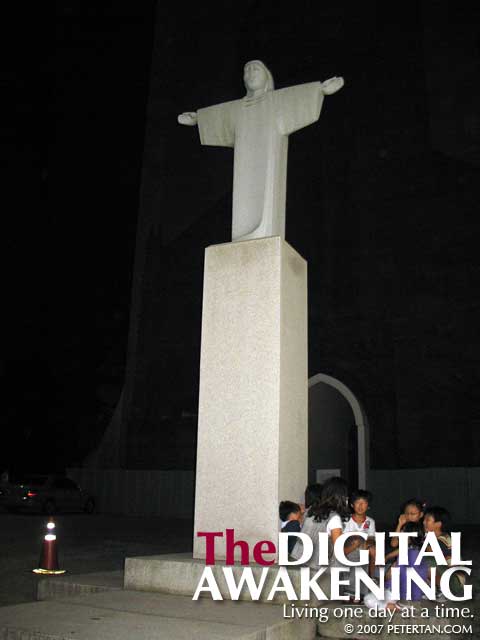 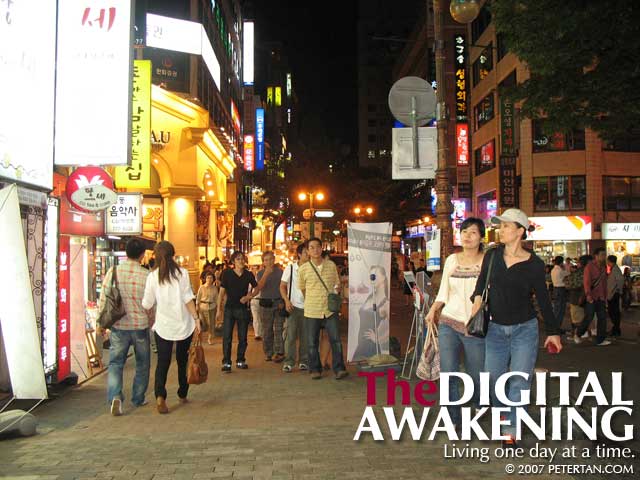 One of the streets in Myong Dong shopping district. 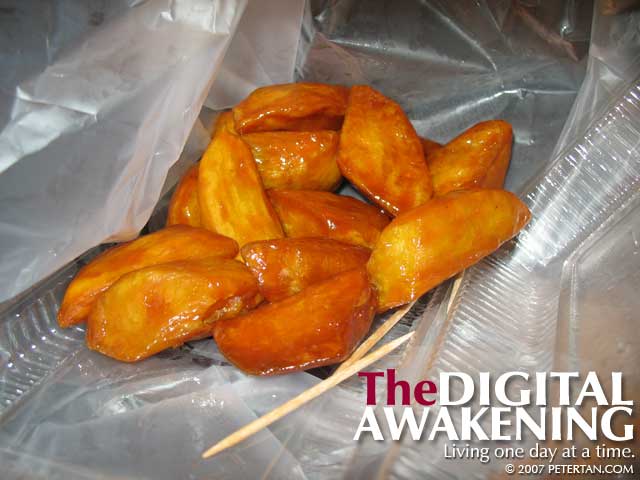