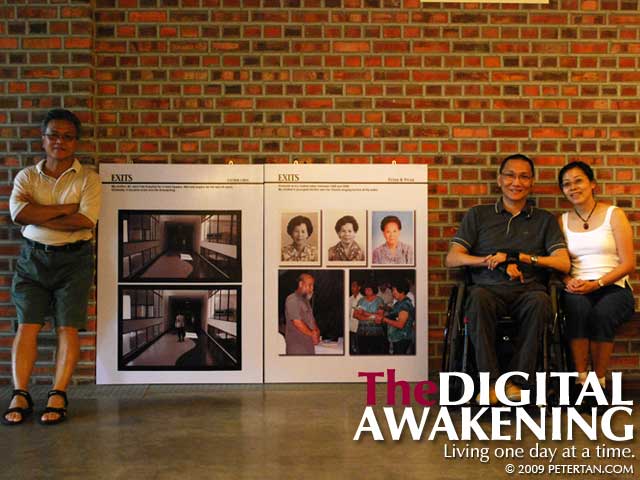 About one year ago, Victor Chin bandied around the idea of Wuan and I holding a joint photo exhibition with him. The theme would be about the death of our mothers. We both have posted entries about the death of our mothers in our blogs respectively. As timing would have it, KLPac (Kuala Lumpur Performing Arts Centre) gave us a slot just right after our wedding banquet in Penang.

As Victor would be traveling up to Penang for the banquet too, we had to do some juggling with our deadline to ensure that everything for the exhibition were done before we leave Kuala Lumpur. In fact, Victor did most of the work in organising the photographs and then send them for post-processing, printing and finally to the framer for stretching the printouts.

When we got the frames hung up on Monday, Victor announced to us that we got an extension to run the exhibition until September 13. It was originally slated to end on August 30. Friends and readers of The Digital Awakening are invited to view the images at Pentas 2 Foyer of KLPac. It is opened to the public from 10am to 10pm daily.

Why did we chose to showcase our deceased mothers? This is something that we would like to share during walkabouts and open discussions with visitors on every Saturday and Sunday (22, 23, 29 & 30 August and 5, 6, 12 & 13 September) from 2pm to 4pm. Do drop by.

The Star also ran an article on this exhibition titled “Pictures that speak a thousand words” in StarMetro yesterday (August 18, 2009). 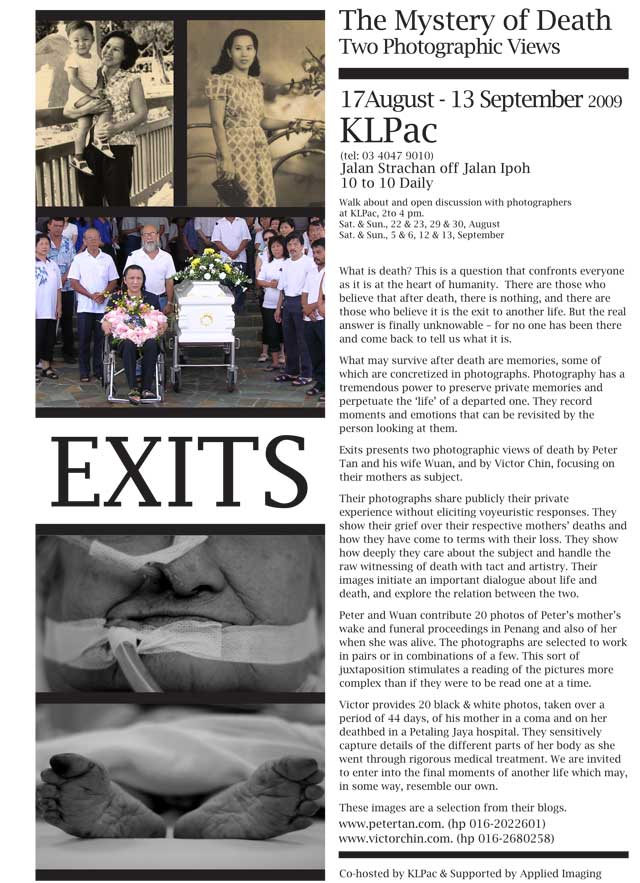