The inaugral Kuala Lumpur Bonsai & Orchid Show 2012 was held at the Taman Botani Perdana in conjunction with the Petronas Formula One Malaysia Grand Prix 2012. Taman Botani Perdana is formerly known as the Lake Gardens. This even was organised by the Dewan Bandaraya Kuala Lumpur (DBKL). Wuan wanted to see the bonsai on display there. We went on Sunday afternoon with the sky threatening to pour any minute. That was also my first visit to the park.

As we were not familiar with the grounds, we parked at the farthest end of the park from where the show was held. Apparently, the park does not have accessible parking and we had to make do with the regular-sized one. The good thing about the entire place is that it connectivity between walkways and roads are almost seamless. Visitors in wheelchairs will be quite at ease moving around.

Stalls offering food and drinks, herbs, ornamental plants, bonsai and orchids like the road leading to the exhibition. It was a rather long stretch of upward slope that would have been difficult for me to traverse independently without Wuan’s assistance. We were to discover later that we could have accessed the exhibit area from another car park just beside Bukit Aman. We also discovered several ramps leading to the amphitheatre and other parts of the park that we would like to explore the next time we go there again.

We spent some time appreciating the meticulous work that went into crafting the bonsai. Some of those miniature trees must have been decades old. I also read that, if well taken care of, bonsai will outlive their creators as these trees can grow to be a few hundred years old or more. The orchids too were an attraction by themselves. Their burst of colours were in stark contrast against the restrained flair of the bonsai.

After having satiated ourselves with ogling the exhibits, Wuan and I browsed at the stalls selling plants and herbs. We found and bought two ornamental plants that we were looking for – croton and red button ginger (costus woodsonii). Further down the road, we checked out the stall with a good spread of traditional herbs usually used in home remedies. We would love to include some of them in the garden but there is no more space for any. In the end, Wuan bought the pandan wangi. We three heavy bags of plant in tow, we made a final stop at the lake where Wuan took shots of the resident ducks and geese, and agreed that we would return to the park soon. 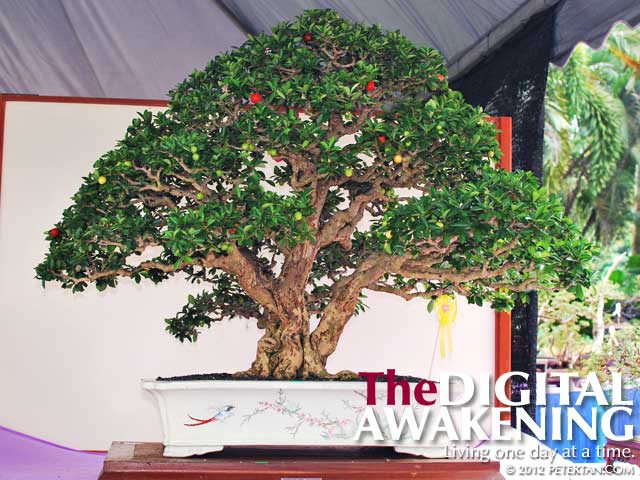 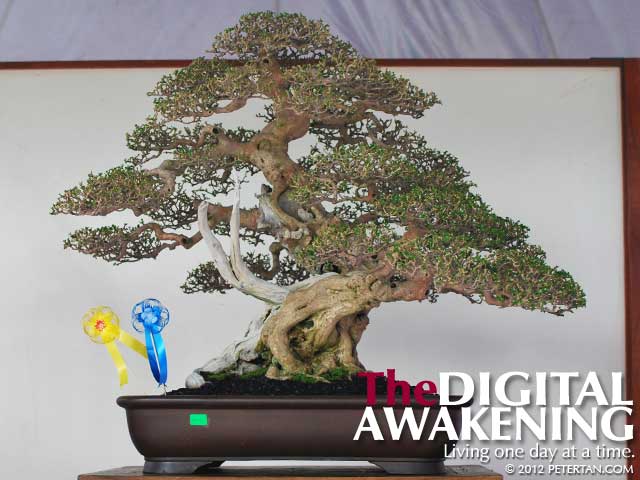 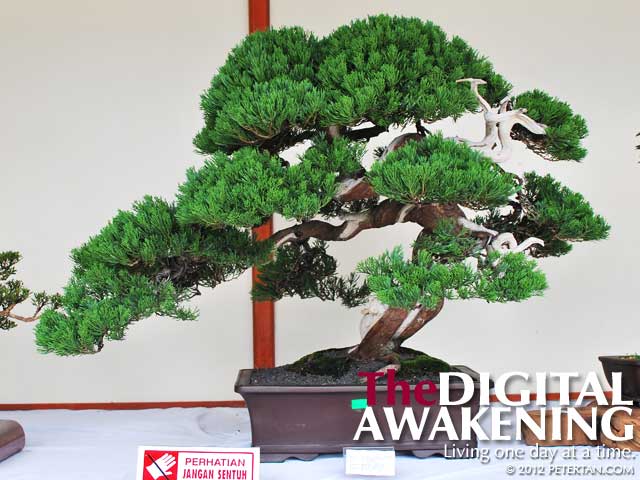 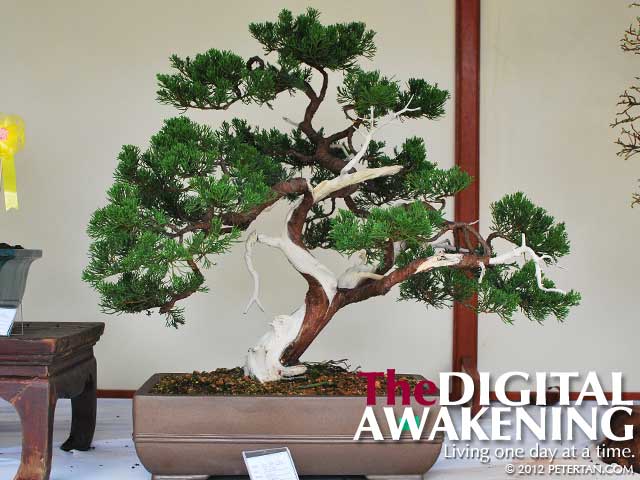