My day of reckoning has finally come
by Peter Tan. Posted on March 29, 2015, Sunday 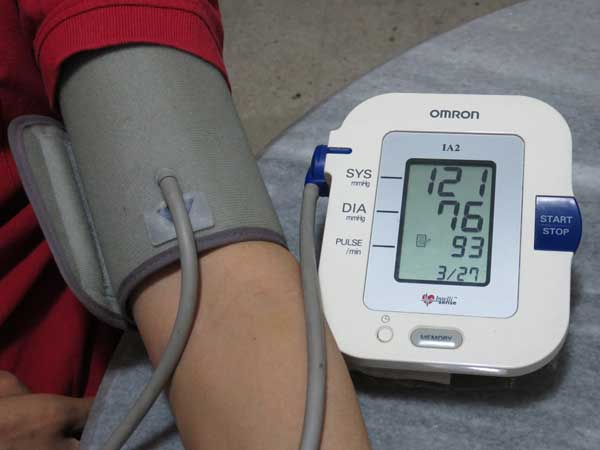 THE day I wished to never come has finally caught up with me. There are things one just cannot escape from by just wishing for them to go away.

Over the past two years, my blood pressure readings have slowly but surely been creeping up. The doctors gave me the option to take medicine the last few times when I went for my medical check-ups. I had resisted with the hope that it would go down somehow with promises to monitor it closely.

Earlier in the year, the reading shot up to as high as 179/116 mm Hg. I should have sought medical attention. I am at Stage 4 chronic kidney disease. My renal function is severely impaired. High blood pressure could further damage the tiny blood vessels in my kidneys.

I attributed the spike to the stress of conducting a two-week intensive course that saw me sleeping only three hours nightly for the entire duration. I thought the pressure would go back down afterwards.

My father had a history of hypertension and heart problems. He was diagnosed with it when he was around my age. Over a period of 30 years, as his condition progressively worsened, he suffered chests pains, breathlessness, irregular heartbeats, a stroke and multiple cardiac arrests.

He was bedridden for the last few months of his life. As his heart could no longer pump blood adequately, he was always gasping for air. A nasal cannula fed oxygen into his nostrils from a tank all the time.

I witnessed the torment he went through and wished there was something I could do to alleviate his suffering. In reality, there was very little anyone could do for him except to make him comfortable. He finally succumbed at the age of 78.

Of all the things I inherited from him, I am glad I did not inherit his penchant for smoking and passion for brandy. Both vices are proven major health risks. I am certain both were contributing factors to the problems with his health.

He started smoking when he was only seven by stealing puffs from the bamboo water pipe of an elderly neighbour. By the time I was old enough to remember, he was smoking two packs of cigarettes a day. Whenever he was out of them, he would send me to the sundry shop nearby to buy a pack or two for him.

There was always a bottle or two of brandy in the cabinet to celebrate special occasions in the family which was very often. His love for it was cultivated when he was working in the underground tin mine in Kaki Bukit in the northern state of Perlis. The nights were cold. The spirits kept him warm.

As for me, my blood pressure was still higher than it should be after the intensive course ended. Instead of seeing a doctor, I tried the folk remedy of ingesting the leaves of Andrographis paniculata. This herb, also known as hempedu bumi in Malay, thrives in our garden.

My mother used to pluck seven or eight leaves early in the morning and mash them into a pulp with a mortar and pestle. The extracted juice was then mixed with a tablespoon of honey to mask the extremely bitter taste. My father took it religiously every morning. It was supposedly effective for high blood pressure.
Unfortunately, it did not work for me.

I had a medical review coming up and became more and more fidgety as the day drew nearer. I was half sure the untreated high blood pressure had damaged my kidneys to the extent I would require dialysis. I had mentally prepared myself for the worst.

When I went to see the nephrologist last Wednesday, he was alarmed my blood pressure was dangerously high. He asked me what my usual readings were. I told him my systolic pressure (the blood pressure when the heart contracts and pumps blood into the arteries) fluctuated between 130 mm Hg and 160 mm Hg but never that high.

I speculated with him that the elevated reading could be caused by my full bladder. I had two medical appointments back to back that morning and had not had the opportunity to go to the toilet yet. I should have emptied my bladder but was rushing for time.

According to him, my deteriorating renal function could also cause hypertension. I was prescribed Amlodipine to keep my blood pressure in check. At the same time, I was to note down my blood pressure daily and bring the record on my next visit.

I used to associate high blood pressure and the need for medicine to control it with old age. There is no way I can avoid not taking the medicine for hypertension now. I guess I have stepped into that phase of life with this new development. Well, it could have been worse.

After my first dose of Amlodipine, my blood pressure has stabilised to around 120/80 mm Hg. This is the pressure I aim to maintain. Together with a low-protein and low-salt diet, I hope to delay the need for dialysis for as long as possible.

Additionally, my blood test showed there was little change in my renal function from the last test six months ago. The ultrasound of my kidneys and bladder yielded similar results. These are the small mercies I have learnt to appreciate. My anxieties disappeared just like that. I am glad for another reprieve.